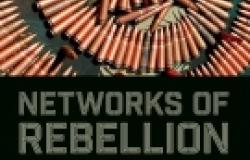 When trying to understand how insurgent groups are initially organized and change over time, scholarly accounts have emphasized issues of ideology, resource endowments and state policy. If this was all there was to it, why is it that we have seen insurgencies subscribing to the same Marxist doctrines but having radically different organizational structures? Or rebel groups that rely on the drug economy and follow drastically different trajectories of change? For those who have long felt something was missing, Networks of Rebellion provides a refreshing view. To understand how armed groups are organized and change, Paul Staniland argues, one needs to look at the social networks in which leaders are embedded before the war, as they try to convert their pre-war social bases into wartime organizations.

Networks of Rebellion offers a new typology of insurgent groups, a social-institutional theory of insurgent organization, and rich comparative evidence from civil wars in South and Southeast Asia. These components are placed at the service of two major tasks: explaining (i) the roots of insurgent cohesion and fragmentation and (ii) the causes of organizational change. The final outcome: an integrated theory of militant organizational trajectories.

How are insurgent groups initially organized? To mount an insurgency, leaders need, first and foremost, social resources. In order to fulfill this need, they mobilize pre-war structures of collective action. To be sure, not all pre-war social bases are equally suited for rebellion. Unpoliticized bases, such as bowling or alumni leagues, and pro-state ones, such as ruling parties or business associations aligned with the regime, are the least ready for insurgency. In contrast, politicized opposition groups, including nonviolent ones, such as peasant associations and dissident student groups, and those that prepare for violence before war, such as revolutionary plotters and militant anti-regime activists, are the most likely to underpin rebellion.

The nature of the social networks in which leaders are embedded before war shapes the initial insurgent organizational structure that they create. Pre-war horizontal ties between leaders shape the macro-processes of decision-making and institution building, and vertical ties between leaders and local communities shape the local processes of recruitment and combat. Variation in the combination of these ties determines an armed group’s level of central and local control and leads to four ideal types of armed organizations: (i) integrated groups, with leadership unity and discipline at the center and high levels of local compliance on the ground; (ii) vanguard groups, with robust central control and fragile local control; (iii) parochial groups, with weak central discipline and robust local control; and (iv) fragmented groups, with no organizational control at either the center or local levels.

Staniland’s typology also facilitates the identification of within-group change, allowing his theory to account for organizational evolution. Why do insurgent groups change over time? In Staniland’s account, the expansion and/or destruction of horizontal and vertical ties determine shifts in central and/or local control that, in turn, generate organizational change. Pathways of change depend on the different organizational starting points, as these reflect the groups’ initial strengths and weaknesses. Thus, one should observe patterns in which similar starting points create similar opportunities and constraints for change. Yet, change is triggered by war dynamics, such as counterinsurgency, insurgents’ strategic decisions, and the involvement of international actors. For example, counterinsurgency efforts that effectively target leaders and impose pervasive state control at the local level can fragment integrated groups; the emergence of an international sponsor willing to arrange and support cooperation can push a fragmented group towards integration; and inter-leadership fratricide can fragment a parochial one.

Staniland’s book is equally sound when it comes to empirically assessing its arguments. In order to identify evidence for/against his theory, he nests within-conflict comparisons of several groups in three wars in South Asia (Kashmir, Afghanistan, and Sri Lanka) with cross-conflict comparisons in Southeast Asia (Philippines, French Indochina and Malaya). The comparisons from Kashmir show that different pre-war networks indeed led to different organizational structures. Furthermore, in Afghanistan, differences in armed groups’ social bases helped explain, for instance, why some groups maintained enduring strength while others splintered and collapsed in the face of Soviet, American and Afghan counterinsurgency. While the comparisons within these two cases largely back the book’s theory, the comparisons of Tamil militant organizations in Sri Lanka provide mixed support. For example, specific leadership decisions in the Liberation Tiger of Tamil Eelam (LTTE) allowed for the creation of an integrated organization without the need to build any local ties. Finally, in the cross-conflict comparisons, the theory accurately predicted the pathways of change, but it was not as strong when it came to explaining its triggers. For example, rather than local alliances, it was Ho Chi Minh (leadership) and the combination of nationalism and Marxism (ideology) that allowed the Indochinese Communist Party to deploy strategies for change that the Malayan Communist Party and the Huks in the Philippines could not.

Far from undermining the value of Staniland’s work, these pieces of evidence that do not fit his theory are a testimony to the fact that the author was not cherry picking for support of his arguments. All in all, Networks of Rebellion is a superb exemplar of high quality research on complex civil war phenomena: it carefully combines theory and empirics, structure and agency, and pre-war conditions and dynamics that are endogenous to war. It shows the advantages of strong explanation of a small number of cases over lowest-common-denominator explanations of a large number of cases, and highlights the virtues of rigorous qualitative historical and field research in the quest of providing strong conceptual foundations, building theory, and assessing empirical implications.

Staniland’s theory, along with an analysis of the strategic context in which groups operate, is likely to be of great use for scholars studying other civil war phenomena such as armed groups’ military effectiveness, patterns of violence against civilians, and the ability and capacity of armed groups to negotiate and demobilize, among others. Organizational structure might not necessarily lead to specific outcomes, as the author warns his readers, but it becomes apparent that it is likely to affect other civil war dynamics and processes. However, the potential contribution of Networks of Rebellion goes beyond the scholarly realm. As policy analysis has largely overlooked variation in armed groups’ organization, this work can usefully inform policymakers about, for example, how different armed groups are likely to respond to counterinsurgency or, perhaps more importantly, how they are likely to deliver on a peace process.

In Colombia’s longstanding civil war we have already seen how, in the 2000s, a peace policy with a highly fragmented paramilitary group, the Autodefensas Unidas de Colombia (AUC), culminated with recidivism in several regions. Are we then to expect the same from the ongoing Colombian peace talks in Havana with the Fuerzas Armadas Revolucionarias de Colombia (FARC)? From Staniland’s work we know that group cohesion is likely to affect the prospects of peace, as an organization whose leaders cannot control its fighters should not be a credible bargaining partner. Although FARC has lately isolated itself from its social base (with important variations at the local level) and its organizational structure has loosened as a result of increased state offensives, historically it has shown substantially higher levels of internal cohesion relative to the AUC and other insurgencies in the country.

Keeping a group together during a peace process is hard, as it requires strong mechanisms to maintain control and unity. Data collected by the Bogotá-based Conflict Analysis Resource Center (CERAC) shows that FARC can keep its soldiers tight. The insurgency has respected all the temporary unilateral ceasefires it has made since the beginning of the peace process in 2012. In the last of these, FARC completed over 60 days without committing a single offensive military action and stopped victimizing civilians. This does not mean that the conflict is over, let alone the advent of peace, but it does reflect FARC’s internal cohesion and capacity to control its different factions: something we can expect from integrated and vanguard groups but not from parochial, let alone, fragmented ones. Networks of Rebellion might be bringing winds of hope for Colombia’s prospects for peace.

Juan Masullo J. is a doctoral researcher at the European University Institute, where he works on the intersections between social movements, civil wars, and civil resistance. His dissertation explores civilian behaviour in civil war settings, with an especial emphasis on civilian strategies of non-cooperation with armed groups and non-violent collective action.