Book Review - Threats and Alliances in the Middle East: Saudi and Syrian Policies in a Turbulent Region 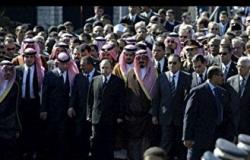 May Darwich’s book makes a major contribution to the literature on the relation between threats and alliances in the Middle East. Building on the classic debates[1] over the relative importance of physical/material and ideational factors in driving foreign policy behaviour in MENA, she uses cases studies of Saudi Arabia and Syria to identify puzzles not adequately explained by either realism or constructivism and applies an alternative framework to deal with the ambiguities and shortcomings of the main approaches to the cases. For example, neither mainstream theory can readily explain why (around the time of the Iran-Iraq war), Islamist Saudi Arabia saw Islamist Iran as the chief threat rather than the militarily stronger (anti-Islamist) Iraqi Ba’thist regime. In addressing such puzzles, she follows the lead of those who acknowledge that both material and ideational threats affect alliance formation, but goes further to theorize the conditions under which regimes prioritize military or ideational threats: while the military threat (from superior contiguous power) is fairly straightforward, the paradox of ideational threats is, she argues, that those with similar identities may pose the greatest threats because they challenge each other’s ontological security—their self identities.

But the extent of such a threat depends on whether identities are flexible enough to be adjusted to permit foreign policies (and alliances) that meet the security needs of the situation or are highly constraining: thus, Egypt after Nasser had the flexibility to substitute Egyptian national identity for Pan Arabism to suit its physical security needs, while Saudi Arabia, Darwich holds, has no substitute for Islamism and saw Islamist movements, Hamas and the Muslim Brotherhood, as threats just because their identities were Islamist like that of Riyadh. She points out that realist-like explanations of Saudi animosity on the grounds that Hamas was aligned with Iran fail to appreciate that Hamas had been left little choice because of Saudi enmity and that this was rooted in the struggle to define what their common identity meant: for Hamas, Islamism meant resistance to Israel, while Saudi Arabia had come to stake its Islamic leadership on promotion of peace with Israel.

Like all good books this one stimulates debates; and even the advance in theoretical understanding that it provides does not necessarily resolve the problem of differing interpretations of the empirical record, as the following suggests. The notion of ontological security is useful in that it allows one to avoid extreme instrumentalist views that policy makers do not believe in the identity they promote; but the exact source of insecurity can still be a matter of debate. In the Saudi case one could argue that it is less the similarity of its identity with other Islamist actors, per se, that the Saudi’s found threatening but differing interpretations of the identity shared with rivals and specifically divergences over Islam’s implications for foreign policy behaviour. Thus, the similarity of identity between the Saudis and Hamas had not prevented Saudi support for the latter over many years, and enmity between the two only developed once Riyadh opted to support a peace settlement with Israel. As for the Muslim Brotherhood, for decades the two were allies and the split came only when the Brotherhood questioned the Saudi’s American alignment during the 1990 Gulf war. It thus seems that it is claims by rivals to lead the shared identity community in differing directions that drives ontological insecurity and enmity. The root of Saudi ontological insecurity seems to be its inability to reconcile its claim to Islamic leadership with its close alliance with the US.

Differences in interpretation also derive from the fact that one of the main variables in Darwich’s model, identity flexibility, is very hard to measure. As such, her assumption that Saudi Arabia’s identity was fixed, while Syria, by contrast, had a flexible identity that it readily adjusted to suit its physical security needs seems debatable. I see no such distinction and, indeed, Darwich seems to acknowledge that both countries altered elements of their identity, with some made more salient and others less so, at different times to suit their security and alliance needs. Her narrative actually documents quite insightfully how the Saudis altered the content of the Islamic identity they claimed to lead: infusing it with Arabism in the seventies, yet later linking it to peace with Israel and from the 2000s with anti-Shia sectarianism. What is striking is how little a fixed Saudi identity seems to constrain Riyadh’s foreign policy, and certainly never its key alliance with Washington. As for Syria, Darwich argues that Damascus reinterpreted its Arabism during the Iran-Iraq war to stress one component, resistance to Israel, in order to justify its alliance with non-Arab Iran against Arab Iraq—the latter an overt violation of Arab solidarity justified by the need for an ally against Israel. This may be so, but the shift in the core beliefs of Arabism away from Arab unity toward resistance to Israel had already started in the 1960s, and not just in Syria but across the region as a function of the rise of the Palestinian resistance movement. Darwich is right that Syrian Arabism altered over time—with Damascus claiming, in the years when Syria was alone confronting Israel (1980s), that Syria’s state interests were indistinguishable from those of the Arab nation and in the 2000s infusing its Arabism with a strong Islamist component, reflective of the identity of its resistance axis partners, Iran, Hezbollah and Hamas. Identities were thus adjusted in both cases to suit physical security imperatives.

But I would argue that it works the other way, too: the Syrian case, in particular, exposes how identity drives security threats. Far from Damascus being able to readily adjust its identity, observers widely contrasted Syria with Egypt in that, having no strong Syrian identity (comparable to Egyptian nationalism) to substitute for Arabism, Assad could not follow the kinds of policies toward Israel—a separate peace neglectful of the Palestine cause—that Sadat could do. This locked Syria into a conflict that constitutes the main threat to its physical security—hostility from Israel and its US ally—that would have been avoided had Syria had the identity flexibility that would have enabled Assad to do a Sadat in the 1990s peace process.

Altogether, this is a most stimulating book that provides important insights into MENA threat perceptions and alliances in contemporary conflicts that are missed by approaches that fail to bring together material and ideational variables. Darwich’s approach constitutes an advance such that her book takes its place among the handful of classics in the field that combine theoretical vigour with empirical command of the region.

Raymond Hinnebusch is Professor of International Relations at the University of St. Andrews.

The U.S. National Security Strategy: The Need for an Alliance in Europe