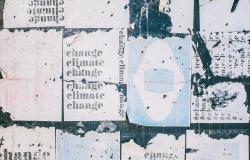 Reduced global carbon emissions have been an unexpected by-product of Covid19. But though some may argue this signifies a new chapter in the response to climate change, we should temper our expectations. Following the global financial crisis of 2008, global CO2 emissions from fossil fuel combustion and cement production decreased by 1.4 percent, but later bounced back to 5.9 percent a year later.

Now is the time to learn from past lessons. If global efforts to address climate change are derailed once again, it could have a much greater environmental impact this time round - with greater long-term costs to health, food security, and livelihoods.

2020 was supposed to be a landmark year for addressing global climate change. But in April, the UN announced that its annual climate summit would be postponed until next year. This was only the latest indication that the casualties of Covid-19 may include global efforts to address climate change.

Now, with the international community’s focus slowly shifting from immediate emergency response to economic recovery, the global private sector has begun aggressive lobbying to roll back climate targets that took decades to put in place. That’s a message that governments, hoping to get national economies ‘back on track’, might unfortunately feel compelled to be receptive to.

Already, car manufacturers are lobbying to prevent the planned tightening of emissions limits on cars, airlines for an exemption on jet fuel tax, and the plastics industry for an appeal against the ban on certain plastics products. In the EU, countries like Poland and the Czech republic have called for carbon trading programs and climate initiatives to be put on hold. In fact, pressure is on for the EU’s landmark climate bill, a Green New Deal, to be abandoned.

In the United States and Brazil, federal environmental protection agencies have relaxed enforcement duties and announced that they would not penalize companies that fail to comply with federal monitoring or reporting requirements (if they could attribute their non-compliance to the pandemic). In the process, car emissions rules that were a central part of efforts to reduce greenhouse gas emissions have been rolled back. Even the Amazon rain forest will no longer be protected from accelerating deforestation that could lead to the release of massive amounts of greenhouse gases stored in one of the world’s most important carbon deposits.

It may be understandable that some governments have decided to temporarily relax implementation of climate protection initiatives to contain the pandemic and salvage their economies. However, easing protection requirements is not a long-term sustainable strategy. It simply means solving the current crisis by sowing the seeds for the next one.

It is welcome news then, that there have been notable exceptions to this trend – particularly in Germany where 68 of the country’s leading companies called upon the government to provide economic stimulus packages to actively tackle climate change. That is a significant move from companies that employ over three million people and with a collective turnover of one trillion euros.

These steps taken by German corporations also acknowledge that capitalism can no longer function as a zero-sum game. Safeguarding our planet, the eco-system of the global business marketplace, makes perfect business sense.

This was also the central message of the 2019 Good Capitalism Forum (GCF), which in 2019 predicted that without redirecting capitalism towards the social good, the world will face increasingly dire global crises. But the GCF concluded that private companies can also be the world’s most powerful change agents - by leveraging the vast untapped talent, intellectual property, and technical know-how of the private sector for the social good.

Rather than governments supporting the climate polluting fossil fuel sectors, they can promote innovation and technological advancement in the private sector by linking economic aid to sustainable solutions that promote resilient responses to global crises.

If governments fail to heed the lessons of Covid19 and tie stimulus packages to climate action, it’s only a matter of time before the world suffers another global affliction, be it a pandemic, financial crash, or ecological disaster. With each new crisis, governments will be forced to print more money, be subject to central bank’ lending to stay afloat, keep more citizens on some form of universal income and be forced to take assume ownership stakes in large corporations to maintain crucial public services that can no longer delivered profitably. In short - unless the world’s economic machinery redirects its transformational energy towards not just making profit, but also addressing the major societal challenges of our time, it will eventually implode.

While some may postulate that pursuing social benefit and financial profit are two incompatible aims, I believe this is not the case. Over the years we have seen how private sector innovation is responsible for finding solutions to the major global challenges.

A perfect example can be found in the efforts by Green Rubber Global (GRG) which has pioneered market driven solutions to real-world problems. GRG took on a pressing environmental and social problem—the inability to effectively recycle the astronomical amounts of global rubber waste—and developed a ground-breaking method to sustainably dispose of one billion waste tires a year. This was undertaken with a revenue generating strategy and was based on a vision for economic growth that would simply have been impossible without government encouragement to tackle one of the world’s largest environmental recycling challenges.
Now we need the private sectors of other nations to echo similar sentiments and principles. That means understanding long-term viability depends on supporting the collective good. Without it, it’s doubtful the political will to connect global stimulus packages to climate action will materialise. How the world re-evaluates the role of capitalism and the private sector in addressing not just climate change, but all collective global challenges is the defining issue of our time.

Germany has shown its possible for a world-class private sector to begin embracing a true form of capitalism, social capitalism - let’s hope other nations are inspired to follow suit.

Vinod Sekhar is Founder of the Good Capitalism Forum, a global platform focused on social capitalism which launched in 2019. He is also Founder of Green Rubber, which uses a patented process to recycle rubber tyres. Vinod is Asia’s first recipient of a Global Green award for his work for global technology developments related to elastomer recycling, deproteinization, HIV and cancer treatment, innovative financial software, biophotonics and biofuels. The World Economic Forum named Vinod as one of its 40 “New Asian Leaders”.