Refugee Crisis at the G20 – Day One 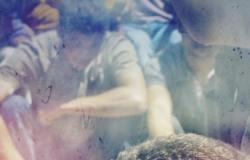 This post represents the third in a series from the ongoing G20 summit being covered on the ground by the Global Leadership Initiative's team. Please check in regularly to keep up to date with the latest news and analysis from the summit.

Media Centre – G20 Summit. The G20 summit has started with a number of issues demanding urgent action. Yet as usual, the G20 agenda has quickly been dominated by evolving security issues, one of which is the on-going refugee crisis that is largely taking place on the host nation’s doorstep.

On the eve of the summit, Labour 20 addressed the issue by hosting a session exploring why the global refugee crisis is a G20 issue. The theme continued on the first day with the issue coming up at the Joint Meeting of the Business 20 and Labour 20. Sharan Burrow put the spotlight on the refugee crisis by requesting President Recep Tayyip Erdoğan to facilitate a ‘universal right to work with equal treatment in the workforce’ for the refugees. This is perhaps the most viable solution to the refugee crisis put forward so far. By allowing refugees to work, the host countries will not only ease the financial burden on their resources, they can also benefit from the skillset this workforce brings with them.

Living up to his reputation, Canadian Prime Minister Justin Trudeau gave a strong hint of a more sustainable solution for the rehabilitation of the refugees. Addressing the meeting, Trudeau reaffirmed Canada’s commitment to take in 25,000 refugees by January 2016 and pledged to ensure they are ‘empowered and integrated onto a path to success’. In keeping with his pro-diversity record, Trudeau said differences could be a source of strength, not weakness. A normative stance that can both solve the refugee crisis, but also the more general ambivalence toward immigration.

The most comprehensive session of the morning took place under the aegis of Women 20, where Turkish First Lady Emine Erdoğan hosted a session on women refugees. The session, which was relatively smaller and low key, discussed important issues such as the problems being faced by the refugees in Turkey, along with details of the efforts the Turkish administration is making to address them. Women 20 President Gulden Turktan reiterated Sharan Burrow’s message and called for refugee inclusion within the mainstream economy and said refugees will be the agents of transformation in post-war society. While the leaders will be addressing the refugee crisis at their working dinner tonight, it is disappointing that a session exploring key issues surrounding the refugee crisis was hosted by a partner group meant to address a niche area.

As Pascale Moreau, UNHCR representative in Turkey put it, the refugee crisis is not a national or a regional problem, ‘it is a global issue’. In making this call to arms, Sharan Burrow said ‘the world needs hope’, effectively pleading with President Erdoğan to take action. The only way this will be delivered is if the leaders congregating in the plush surroundings of Antalya take bold leadership action and pave the way for a lasting and sustainable solution. If they fail to do so, then the Summit will amount to little more than an elaborate photo opportunity for a group that represents nearly 90% of global GDP.

Photo credit: SpaceShoe [Learning to live with the crisis] / Foter.com / CC BY