Security at the G20 Antalaya Turkey: To joke or not to joke?’ 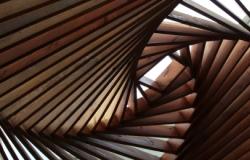 This post represents the first in a series from the ongoing G20 summit being covered on the ground by the Global Leadership Initiative's team. Please check in regularly to keep up to date with the latest news and analysis from the summit.

Media Centre – G20 Summit. The heightened risk of terrorism following the recent Islamic State attacks on Paris and Russia have seen concerns surrounding security at this year's G20 Summit grow. In light of this, Turkey has been quick to assert their revised efforts to beef up security measures: 12,000 military personnel on patrol, bulletproof hotel windows and high tech surveillance systems. In reality, the situation on the ground within the ‘secure zone’ has been a very different scenario from the reassuring picture the Turkish government has painted.

Our initial security checks through visa control and accreditation were profoundly lax. After our high-speed private escort to the G20 venue (along a sectioned highway dedicated specifically for summit use) we arrived at the Press Check Point expecting a more thorough security process. Instead we were met by confused and wildly disorganised staff, many of whom were waiting to be processed themselves. The male workers in the queues, who outnumbered women at the entrance twenty to one, were prone to staring and making uncomfortable sexual gestures towards the female press core as they waited, creating feelings of insecurity.

The main security check appeared inconsistent. For some it involved emptying suitcases and booting up ageing Mac laptops. For others, it was possible to walk through metal detectors with pockets full of cell phones and other gadgets. The following hours highlighted a worrying disparity between the show of security checks imposed by the Ankara government and the reality on the ground that included the corrupt nature of some security forces, which were willing to provide transportation services within the security zone for a price and that was in direct violation of previously assured guarantees of transportation for media and policy analysts.

Whilst these breaches of security were nonetheless harmless in their overall aim to accommodate the needs of stranded press agents (no walking permitted within the security zone, but no reliable shuttle service either), this disorder ultimately led right back to us going through the very same security checkpoints that we had been through only hours before. This time, however, the security check was more thorough and led to us sharing our expensive eau de cologne and sun cream with curious security personnel. When compared with the security arrangements of the G7 in Germany and the G20 in Russia, it raises serious questions regarding the leadership and organisational structure of the Turkish government and their effort to secure the G20 Summit in light of the recent terrorist attacks in mainland Europe.