Impatience: A Deep Cause of Western failure in Handling the Pandemic? 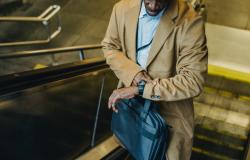 Branko Milanovic dissects the cultural roots of the West's response to COVID-19 and compares them to experiences in East Asian countries.

Their mistake confirms how unexpected and difficult it is to explain the debacle of Western countries (where I include not only the US and Europe, but also Russia and Latin America) in the handling of the pandemic. There was no shortage of possible explanations produced ever since the failure became obvious: incompetent governments (especially Trump), administrative confusion, “civil liberties”, initial underestimation of the danger, dependence on imports of PPE…The debate will continue for years. To use a military analogy: the covid debacle is like the French debacle in 1940. If one looks at any objective criteria (number of soldiers, quality of equipment, mobilization effort), the French defeat should have never happened. Similarly, if one looks at the objective criteria regarding covid, as the October report indeed did, the death rates in the US, Italy or UK are simply impossible to explain: neither by the number of doctors or nurses per capita, by health expenditure, by the education level of the population, by total income, by quality of hospitals…

The failure is most starkly seen when contrasted with East Asian countries which, whether democratic or authoritarian, have had outcomes that are not moderately but several orders of magnitude superior to those of Western countries. How was this possible? People have argued that it might be due to Asian countries’ prior exposure to epidemics like SARS, or Asian collectivism as opposed to Western individualism.

I would like to propose another deeper cause of the debacle. It is a soft cause. It is a speculation. It cannot be proven empirically. It has never been measured and perhaps it is impossible to measure with any degree of exactness. That explanation is impatience.

When one looks at Western countries’ reaction to the pandemic, one is struck by its stop-and-go character. Lockdown measures were imposed, often reluctantly, in the Spring when the epidemic seemed to be at the peak, just to be released as soon as there was an improvement. The improvement was perceived by the public as the end of the epidemic. The governments were happy to participate in that self-deception. Then, in the Fall, the epidemic came back with vengeance, and again the tough measures were imposed half-heartedly, under pressure, and with the (already once-chastened) hope that they could be rescinded for the holidays.

Why did not governments and the public go from the beginning for strong measures whose objective would not have been merely to “flatten the curve” but to either eradicate the virus or drive it out to such an extent, as it was done in East Asia, so that only sporadic bursts might remain? Those flare ups could be dealt again using drastic measures as in June when Beijing closed its largest open market, supplying several million people, after a few cases of covid were linked to it.

The public, and thus I think, the governments were unwilling to take the East Asian approach to the pandemic because of a culture of impatience, of desire to quickly solve all problems, to bear only very limited costs. That delusion however did not work with covid.

I think that impatience can be related to ideologies and corresponding policies that have erected economic success, ideally achieved as fast as possible (“make a quick buck”), as the most worthy objective in one’s life. It is reflected in the role that financialization had in the UK and the United States at first, but then spread elsewhere. Unlike a slow and patient effort to build things, financialization often relies on “tricks”, as shown before and during the 2007-08 financial meltdown. Its main driving force is cleverness and speed, not endurance and constancy. We crave quick success and what is quicker than becoming rich through a financial manipulation?

Dissaving is just another way of saying that today’s consumption is vastly preferred  to tomorrow’s. This in turn shows what economists call “pure time preference”—a preference for now as such, even when one can fully account for the uncertainty about the future. Between two equally certain consumptions, one today, another tomorrow, people seem to much prefer today’s. Pure time preference is nothing else but impatience.

Kafka in his Diaries writes that there are two cardinal vices from which all others vices derive: impatience and laziness. But since laziness springs from impatience, he writes, there is really only one: impatience. Perhaps it is time to look at it.

Photo by Ono Kosuki from Pexels