The “Space Resources Institute Act” and the Future of Space Mining 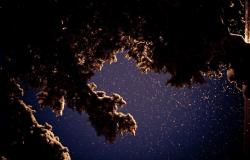 In what only recently would have seemed like science fiction, Colorado has positioned itself to become a leader in the space resources sector. But what are the challenges and potential impacts of such a move?

Last month, Representatives Scott Tipton (R-CO) and Ed Perlmutter (D-CO) introduced a bill to the U.S. House that, if passed, would direct NASA to study and submit a report to Congress about the prospect of establishing a space resources institute. Colorado Senators Cory Gardner (R-CO) and Michael Bennet (D-CO) introduced a companion bill in the U.S. Senate.  Thus, these fundamentally bi-partisan bills are both grounded in Colorado. This “Space Resources Institute Act” identifies a new focus on space resources as central to maintaining the Unites States’ preeminence in space.  Among other things, it directs NASA to develop “options for using space resources to . . . support current and future space architectures, programs, and missions.”  The Act also cites the need for partnerships with educational institutions, the aerospace industry, and the extractives industry.

Space contains vast and diverse resources and governments and private enterprises are increasingly eager to access and utilize such resources.  These resources include solar power, minerals like platinum, and ice that can be converted to hydrogen for fuel, or to water and oxygen.  As an example of the value of these, one of the most challenging aspects of accessing the further reaches of our solar system is the necessity for any spacecraft to leave Earth carrying all the fuel and supplies it will need.  A tremendous amount of energy is required to launch a spacecraft out of the Earth’s orbit, and the amount of energy required only increases in relation to the amount of fuel and other supplies the craft is carrying.  However, once outside the Earth’s gravitational pull, the amount of energy needed to propel a spacecraft through the vacuum of space to distant locations is significantly lower.  Access to this type of fuel outside of the Earth’s orbit could facilitate the establishment of “interplanetary gas stations”, which would allow for space craft to refuel on or near the moon or asteroids and then carry on to much further locations.

Of course, space resource utilization is not without its challenges.  For example, it is exceedingly difficult to model the financial impacts of such resource development, particularly with respect to the potential for flooding minerals markets that are scarce here on earth. Further, a limited number of producers and consumers in space pose market challenges such as monopoly and monopsony.  Financing projects to extract space resources requires a significant upfront investment in a highly uncertain field, with emerging competitors, including state-owned enterprises.

In addition to the operational challenges, space resource utilization faces a world of legal uncertainty.  The Treaty on Principles Governing the Activities of States in the Exploration and Use of Outer Space, Including the Moon and Other Celestial Bodies (often referred to as the “Outer Space Treaty”) is the foundational text of international space law.  Two passages are of particular relevance to space resource utilization.  First, it provides that, “[o]uter space, including the moon and other celestial bodies, is not subject to national appropriation by claim of sovereignty, by means of use or occupation, or by any other means.”  Second, it provides that, “[t]he exploration and use of outer space . . . shall be carried out for the benefit and in the interests of all countries.”

Some nations take the position that the provision prohibiting national appropriation of celestial bodies does not prohibit ownership of space resources extracted from such bodies.  The International Institute of Space Law shares this view.  The distinction between ownership of celestial bodies and ownership of celestial resources is similar to the legal framework governing the high seas: while the high seas are outside the jurisdiction of any single nation, domestic laws protect property rights over resources (like fish) extracted from them.  On this basis, Luxembourg and the United States have enacted statutory frameworks that establish a basis for commercial ownership of extracted space resources.  However, certain space mining techniques may further complicate the legality of resource ownership.  For example, one technique contemplates mining a small asteroid while the asteroid is contained entirely inside a bag.  Scientists have also studied the feasibility of retrieving asteroids to move them into orbit closer to Earth to facilitate mining.  These proposals blur the line between ownership of celestial bodies and ownership only of celestial resources.

The import of the provision requiring that exploration and use of outer space be carried out for the benefit of all nations is subject to debate.  Some argue that this clause requires the implementation of an international profit-sharing mechanism.  Others take the position that it merely reiterates the right of free access articulated elsewhere in the Outer Space Treaty, or, as described below, that it may require only sharing of resources such as technology and information, not revenue.

The Hague International Space Resources Governance Working Group seeks to address the legal uncertainty surrounding space resource utilization at the international level.  This Working Group has prepared a set of “building blocks” for an eventual international regulatory framework in an effort to “create an enabling environment for space resource activities that takes into account all interests and beneﬁts all countries and humankind.”  Like the right of prospectors in the American West to stake claims for mineral prospecting, one building block would allow unrestricted access to explore for space resources on a priority right basis.  Rights obtained would be registered on an international registry, and time and area limitations would be put in place.  Once a space prospector stakes a claim and makes a discovery, the right to develop could be extended.  An international framework would be put in place to ensure that space miners have recognized property rights over the space resources that they extract.

The Working Group applies the concept of “due regard” that is used in the United Nations Convention on the Law of the Sea to space mining.  Under the “due regard” standard, space miners would have free use of outer space, but would be required to be aware of and consider the interests of other parties using outer space.  Another building block addresses the benefits-sharing provision of the Outer Space Treaty.  The building block requires benefit-sharing.  However, it characterizes this mandate as requiring the “promotion of the participation in space resources activities by all countries”.  Benefits to be shared “may” include technology and information, and the building block contemplates the possible establishment of an international fund.  But, it stops short of advocating global revenue sharing.

The potential for space resources comes at a transformative time for the global space industry. Almost two decades of global cooperation has led to many scientific discoveries on the international space station (ISS). Rapid technological innovation, driven in part by the ISS mission, has led to a new cooperative and competitive race in space. Following years of relying on Russian rockets for human launch capability, the U.S. is set to once again regain human launch capability, thanks to commercial companies SpaceX and Boeing. At a national level, the United States is increasingly competing with China for dominance of the commercial launch industry. Meanwhile, dozens of countries now have space programs, with varying scientific and economic goals. Private-sector actors, including companies, universities, and non-profits, now participate in all sectors of the space mission lifecycle.

Despite practical and regulatory challenges, this emergent competition has led to multiple companies actively pursuing cutting-edge space resources missions.  For example, the Japanese entity ispace plans a privately-led mission to land on the Moon in 2021, with further missions to build an “Earth-Moon transportation platform, centering on polar water exploration” targeted for 2022 and beyond.  Another early entrant into this field, the Florida-based Moon Express, has stated that “[t]he discovery of water on the moon is a game changer, not just for the economic viability of lunar resources, but for the economics of reaching mars and other deep space destinations.” In 2016, Moon Express was granted first-of-its-kind approval from the United States government to send a private robotic spacecraft to the moon. The company has further plans to launch a series of lunar expeditions, and aims to establish a permanent presence at the lunar south pole.  Although such missions seem ambitious, the Israeli non-profit SpaceIL recently launched the Beresheet spacecraft, which is scheduled to land on the moon on April 11th, marking the first private mission to the lunar surface and making Israel only the fourth country to land on the moon.

Colorado universities are committed to meeting the engineering and policy-based challenges associated with space exploration and resource utilization.  Last year, the Colorado School of Mines launched the world’s first Space Resources Program.  The Space Resources Program takes a multi-disciplinary approach to studying the exploration, extraction, and use of resources in space. It combines science, engineering, economics, entrepreneurship, and policy making.  Similarly, the University of Colorado’s Aerospace Engineering program, one of the best in the country, approaches aerospace engineering from a collaborative and multidisciplinary perspective. Meanwhile, the University of Denver Law School features key expertise and faculty in space law.  These programs, their graduates, and the various private space-focused enterprises in Colorado, speak to the state’s competitiveness in the space industry; some wonder if Colorado is becoming “Aerospace Alley”.

There remain significant challenges—scientific, economic, and policy-based—to be overcome, and a number of would-be industry stakeholders, including private for-profit companies, academics, and policy-makers, are currently working on the necessary research to develop solutions on all fronts.  The Space Resources Institute Act is an attempt to further these same goals, by creating a “central hub to support the development of foundational science and technology and options for using space resources.”  The Bill(s) represents a step in the right direction for policy in this exciting field, and a critical step in promoting U.S. competitiveness in the new space economy.

Morgan D. Bazilian is Professor of Public Policy, and Director of the Payne Institute at the Colorado School of Mines. He was previously Lead Energy Specialist at the World Bank.

Julia La Manna is an associate in the Energy and Natural Resources practice group in the Denver office of Hogan Lovells US LLP.

Scot Anderson is a partner in the Denver office of Hogan Lovells, with a practice focused on advising the extractives industry.  He is also the global head of the firm’s Energy and Natural Resources Industry Sector Group.

Alex Gilbert is cofounder of SparkLibrary, Inc. and a Non-Resident Fellow at the Payne Institute for Public Policy at the Colorado School of Mines.

Korey Christensen is a Senior Associate at Hogan Lovells. He represents clients in all segments of the energy and natural resources industries.