Public Debt, Parliaments, and the Pandemic 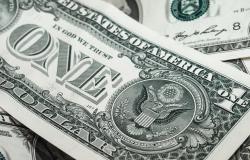 The progress achieved towards the Sustainable Development Goals (SDGs) might be maintained or could be thrown out of the window by today’s decisions on how to deal with the debt questions emerging from the economic impact of the coronavirus. It is important that such decisions are not left to governments alone. The emerging new public debt crisis in times of the pandemic needs urgent engagement by parliamentarians.

The coronavirus crisis is hitting public health, the economy and the state of our democracy hard – nowhere more so than in developing countries. Articles which explain the vulnerability of the economy of many developing countries abound: As a result of the pandemic, their tourism revenues are plummeting, as are the prices of raw materials like copper and coffee, on which many of their economies depend. The value of currencies are falling sharply, making developing countries’ dollar loans more difficult to repay. And there is a massive flight of capital and there are no new investments.

In a recent interview, International Monetary Fund (IMF) Executive Director Anthony De Lannoy, revealed that more than 80 countries have already requested emergency aid from the IMF, twice as many as during the immediate aftermath of the 2008 financial crisis. Rwanda, Kyrgyzstan and Madagascar have each been allocated more than 100 million US dollars. Zambia and Ecuador are further down the road: there is talk of a possible debt rescheduling, the first dominoes of what could become a long chain. De Lannoy admits that this crisis could push several countries into or closer to debt distress.

As indebted countries in the global South are pushed deeper into crisis, there are new calls to cancel debt payments for countries suffering from the economic impact of coronavirus, and to help countries in trouble to restructure their debt rather than bailing out lenders. In Lebanon, for example, COVID-19 is the external shock that set the country into debt default for the first time in its history and its Prime Minister has called for negotiations to restructure the debt. No European country has yet opposed a moratorium on debt repayments for countries suffering from the economic impact of the pandemic, though the big unknown is China, which is the largest creditor of many developing countries.

The decisions taken by governments around the globe on the emerging new debt crisis will have consequences for years to come. While governments take decisions on the terms for new loans and credits and on whether to suspend debt repayments, countries’ social and economic policies will be determined and curtailed by the financial space left following these decisions. The progress achieved so far towards the Sustainable Development Goals (SDGs) and the Agenda 2030 might be maintained or could be thrown out of the window by today’s decisions on how to deal with the debt questions emerging from the economic impact of the coronavirus.

That’s why it is important that such decisions are not left to governments alone. While the executive often has the lead role in taking such decisions, parliaments and members of parliament must step up to the task to fully exercise their legislative and oversight role with regards to the financial consequences and public debt questions related to the pandemic. As more parliaments shift towards remote modes of operation, fully or partially, the functioning of oversight committees should not be limited to health and emergency questions only.

How can parliament make a meaningful contribution on public debt management? Parliamentarians have an important role to play in setting the legal framework for and overseeing public debt and debt management. With respect to the legislative role, parliament is responsible for supporting, reviewing and passing a debt management framework that clearly sets out the authority (and sometimes limits) to borrow, undertake debt-related transactions, and issue loan guarantees.

Even outside the context of a pandemic, parliament’s oversight role is critical in utilizing key debt management documents as part of an integrated approach to reviewing and approving the annual budget. This includes governments’ medium-term debt strategies. As part of its ex-post oversight role, parliamentary committees, particularly Public Accounts Committees and Public Enterprises Committees (where the latter exists) can review reports from the Supreme Audit Institution in order to analyse:

As billions of dollars are borrowed and spent to deal with the pandemic, there is good reason for parliament to exercise its scrutiny role. Executive-driven emergency decisions on public debt, in the absence of parliamentary involvement, are likely to exacerbate the debt crises as well as the health effects of the pandemic.

Parliamentary approval of new loans (preferably concessional loans) and improving debt reporting (including providing ample information to parliament prior to the approval of loan agreements) can strengthen debt transparency. Going forward, Finance Committees and Public Accounts Committees (PACs) will need to deepen their dialogues with the government on managing the increased public debt load. As part of the oversight process, PACs and Public Enterprises committees (where they exist) should deepen its role in examining whether public investment projects have been properly appraised, selected and costed and whether they are monitored.

The economies of many developing (and developed) countries have remained vulnerable to or have been affected by external economic shocks in the past. Unfortunately, as a result of this pandemic, the debt loads of many developing countries will be pushed to the brink or beyond. This is the time to strengthen parliamentary involvement in oversight of public debt and debt management.

Democrats, Authoritarians, and the Coronavirus: Who is Winning at Policy Eﬃcacy?