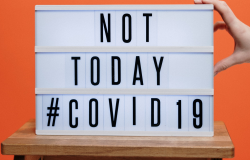 As countries closed their borders and quarrelled over vaccines, some thought there was little role for international organisations. Yet, say Maria J Debre (University of Potsdam) and Hylke Dijkstra (Maastricht University), many have managed to carve out a role for themselves and emerged strengthened from the pandemic.

Over the past 18 months nation states have fought over masks and vaccines, closed borders, and discriminated against foreign nationals. These domestic strategies have profoundly challenged multilateral cooperation. Pundits almost all agreed that the pandemic meant the end of US hegemony, the dawn of the Asian century, and the final nail in the coffin of the liberal international order.

But has COVID really been so bad for multilateralism? We studied policy responses by 75 major international organisations (IOs) and found that many of them have used the pandemic as an opportunity. The net result is more multilateralism — not less. Just as Daniel Drezner claimed that “the system worked” during the previous economic and financial crisis, we show that the large majority of IOs managed to continue their operations and some even gained in terms of policy scope and instruments.

These findings should not surprise us. We know that IOs are traditionally created precisely to address cross-border problems. The WHO and its predecessors, for instance, were established because ‘diseases do not stop at borders’. We also know that IOs prosper from crises. Jean Monnet, one of the founding fathers of the European Union, famously noted that “Europe will be forged in crises and will be the sum of the solutions adopted for those crises”.

In academic terms, punctuated equilibrium theory notes that IOs remain stable across long time periods but that established orders become fluid when the stakes are high and rapid response is imperative. From economic crises we also know that downturns may cause short-term disruptions, but lead to more international cooperation in the long run.

So much for the theory. But what about the reality? The policy responses of the 75 IOs we studied during the first wave between March and June 2020 show that they fall into three categories. Most ambitiously, no less than 18 of them developed new tasks outside their regular policy scope or initiated new policy instruments.

The European Union is a prime example. After a slow initial response, it ventured into new policy areas. The European Commission coordinated vaccine purchases, but the EU also adopted a 100bn euro social policy for temporary unemployment schemes. It also agreed on a 800bn euro recovery plan financed through innovative financial means.

The majority of 35 IOs, however, used their existing policy instruments and/or stayed within their existing scope to deal with the challenges of the pandemic. The Universal Postal Union, for instance, was faced with a heavily disrupted postal market due to the cancellation of passenger flights. It used its existing mechanisms to address this challenge. Finally, 22 IOs did not respond to COVID at all during the first wave, or only issued statements about the ‘importance’ of the pandemic.

For some IOs, the pandemic has been an opportunity to develop their policy scope and instruments. For others, it has disrupted business. What explains such variation? We found that bureaucratic capacity, measured in terms of staff members working for the IOs, is highly significant. Those with many staff members are able to reassign staff to work on rapid crisis response. They are also more likely to have relevant in-house expertise who can put forward policy proposals and develop new strategies.

We also found some evidence that those IOs whose members were heavily affected by big COVID outbreaks were more likely to branch out during the crisis. And general purpose IOs with broader policy portfolios (such as the EU) were more likely to expand than task specific IOs (such as the Postal Union). Contrary to common expectations, it did not matter whether they have both China and the United States as members. The geopolitical argument is therefore overrated, perhaps because IO staff can effectively manoeuvre around member state feuds during crisis situations.

We also did not find that authority of IOs, measured in terms of their formal rules, mattered much. Indeed, in the first wave of the crisis, when everything became fluid and rapid response was required, what mattered was the actual capacity of IOs to respond. The fact that many showed resilience during the kind of cross-border crisis for which they were developed in the first place means their future is not necessarily bleak. COVID rages on across the globe; it did not kill multilateralism, but rather reinvigorated it.

Hylke Dijkstra is an Associate Professor at the Department of Political Science, Maastricht University, and Director of the Politics and Culture in Europe research programme.

This post was first on LSE's blog site. It represents the views of the authors and not those of the COVID-19 blog, nor LSE. It is based on a recent journal article for GP “COVID-19 and Policy Responses by International Organizations: Crisis of Liberal International Order or Window of Opportunity?” published in Global Policy. The findings are part of a research project that has received funding from the European Research Council (ERC) under the European Union’s Horizon 2020 research and innovation programme (grant agreement No 802568).

Sunshine, Elephants, and Boomerangs: Is a Dramatic Rise in Global Income Inequality Looming?

Does Multilateralism still Matter? ASEAN and the Arctic Council in Comparative Perspective