America’s not the Whole World: The Self-absorbed White House Press Corps at the G20 Antalya 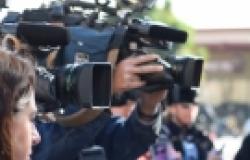 Media Centre – G20 Summit. As the G20 in Antalya comes to a close it is traditional for world leaders to hold press conferences so as to explain the rationale for their collective action (or not) during the Summit and to speak to the final G20 communiqué. In outlining what he thought were the main takeaways from the Summit, President Obama listed the key agreements by world leaders and stressed the importance of their cooperation and implementation.

As to be expected after the deadly terrorist attacks in Paris prior to the Summit, Obama gave a lengthy condemnation of those attacks and affirmed the commitment of G20 leaders to continue their efforts to bring an end to ISIS. In addition, Obama highlighted the global danger of terrorism, mentioning that Paris follows terrorist activity in Beirut, Ankara, Iraq and within Syria. In addition, Obama stressed the need for collective action to respond to the related refugee crisis and set out a number options discussed during the G20. Lastly, Obama covered the list of main agenda items originally meant for extended discussion at the G20, but which were sidelined by the immediacy of the Paris attacks. As expected, based on various ministerial statements hammered out and published in advance of the G20 Leaders Summit, there where a number of agreed Action Plans moving forward, with loose commitments made to macroeconomic policy reform, economic growth strategies, energy collaboration, anti-corruption, unemployment, food security, development, trade strengthening, IMF reform and the internet economy. Areas where the G20 either backtracked or ignored were briefly mentioned (climate change, gender inequality and development finance), but without the presentation of a clear rationale for why these issues were so obviously sidelined during the G20.

As usual the President’s speech was followed by a question and answer session where the press can ask Obama to explain how decisions were made and what this means for global policy moving forward. To be expected, the first question was related to the recent terrorist attacks in Paris and about what the G20, and the USA, were going to do to effectively respond to this and other acts of terror. This, as suggested, was to be expected, and it was a positive gesture of Obama to make sure to take this first question from a French media representative and to give a long and meaningful response.

Nevertheless, what was less expected, or perhaps should have been expected given the insulated nature of the American psychology, was the fact that the only mention of any geographical location outside of the USA by the White House Press Corps was the mention of Paris once, yet only as a convenient segue to discuss terrorist threats to the USA and explore why America was not taking immediate action to ‘keep Americans safe.’ What is astounding about the questions asked by the White House Press Corps was that they all basically asked the same question about America, the potential threats to it from terrorism and about whether Obama was ‘weak on terrorists.’ Obama, much to his credit gave thorough responses each time to the questions, even while pointing out that he had already responded to the same question numerous times. In the end, the US media failed to ask a single question about the G20 Summit, about the list of issues covered by world leaders, about how the leaders will respond to other clear collective action problems that also harm or kill millions of people, or how commitments to growth and other economic measures that are meant to bring more global equality will be implemented.

This fact raises an interesting question about the mindset of the American media as well as the self-absorbed nature of the American public. This is because there is something suspicious about having five questions on terrorism that doesn’t mention a single geographical location or area of mutual concern outside the USA. Is this a result of being surrounded by two large oceans that buffer the American psyche from knowledge of the external world or sympathy to it? Or is it that Americans have become so self-referential and absorbed that America becomes the whole world, where if something doesn’t speak directly to US interests then it doesn’t really matter?

Defending Civic Space During and After the Pandemic