The Age of Personalized Diplomacy 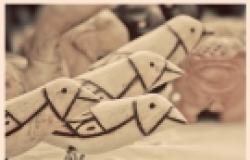 Ilan Manor explores the rise and constraints to digital diplomacy.

Recent years have seen the mass migration of foreign ministries, embassies and diplomats to social media platforms. According to Corneliu Bjola, 90 percent of UN member states now maintain a Twitter presence while 88 percent have established a Facebook presence. Combined, these diplomatic institutions communicate with a global audience of some 600 million social media users.

Foreign ministries originally migrated online as a way of contending with three challenges - the use of social media by terror groups to recruit jihadists, the use of social media by protestors during the Arab Spring and the rise in prominence of online journalists. In recent years, however, the utilization of social media has become more diverse as diplomats use Twitter and Facebook to maintain ties with Diasporas, monitor events in foreign countries, frame government action, interact with journalists and converse with foreign populations as part of public diplomacy activities.

Importantly, foreign ministries first envisioned online communication through linear communication models. A foreign ministry could log onto Twitter, publish a Tweet reach millions of online users. But foreign ministries soon found out that social media algorithms were blocking their online messages. Indeed social media algorithms are used to ensure that Facebook and Twitter users are exposed to content that meets their interests, political affiliation, leisure activity, life style and previous online activity. This means that users who have never expressed an interest in foreign policy, diplomacy and international affairs are unlikely to see content posted by foreign ministries. Even more importantly, the only social media users to view diplomats’ messages are users who actively follow diplomats or who have expressed an interest in diplomacy and international affairs.

These “algorithmic barriers” proved a formidable challenge for foreign ministries looking to realize the potential of digital diplomacy. This challenge was first overcome during a consular crisis in 2014. In the wake of consular crises, be it a terrorist attack or natural disaster, foreign ministries attempt to interact with as many citizens as possible so as to identify those in need of aid and manage rescue operations. In the hours following the 2014 Nepal earthquake, foreign ministries began to explore ways of overcoming, or “hacking”, social media algorithms. The US State Department, for instance, published a Tweet asking US citizens to contact the Department through a dedicated web page. The Tweet included the hashtag #NepalQuake which was already trending on Twitter. By using the #NepalQuake hashtag, the State Department was able to “piggy back” on online discussions and increase the reach of its message. Similarly, the Canadian Foreign Ministry published its emergency numbers in a Tweet that began with the words “Please RT”, or please re-tweet. Essentially, the Canadian foreign ministry asked its followers to share the ministry’s content as a way of increasing its online reach.

Nowadays, hacking social media algorithms has become standard practice for many foreign ministries. Be it by piggy-backing on popular hashtags, using popular memes or joining in on online conversations, diplomats are practicing algorithmic diplomacy in order to increase the online reach and influence of their messages.
However, there is still one challenge that diplomacy has been unable to contend with- that of personalized social media feeds. As stated earlier, algorithms are tasked with creating a tailored social media experience for each user. To do so, algorithms create a personalized chronology of Tweets and posts that are meant to meet the interests and online activities of users. This means that no two social media feeds are identical and that every social media user will be exposed to a different order of Tweets and posts once he logs onto social media platforms. The questions that follows is how does the order of Tweets and posts influence one’s understanding of diplomats’ messages?

A relevant example is a Tweet published last week by the White House depicting a meeting between President Trump and South Korean soldiers. One Twitter user may have logged onto Twitter and seen the following sequence of Tweets: a statement by the State Department arguing that North Korea is a global challenge that requires a global solution, the Trump in Korea Tweet and an image from a North Korean military parade. This user may have concluded that tensions between Washington and Pyongyang were reaching fever pitch. Conversely, another user may have firsts seen a video of a cat playing the piano, then the Trump in Korea Tweet and finally a Tweet about air pollution in Beijing. This user may have concluded that this was just another typical day at the office.

Social media feeds may also influence a user’s emotional state when engaging with diplomatic messages. For instance, a user may learn of his friend’s engagement before viewing a Tweet about US foreign policy. Another users may view a Tweet about animal abuse before viewing the US Tweet. Given that emotions have been shown to influence information processing, both users may engage differently with the State Department's message. Users in negative emotional states will be less likely to change their opinions following the US Tweet or engage manfully with its content while the opposite is true of users in a positive emotional state.

What emerges from the examples above is that Tweets and posts read before and after foreign ministry content can influence one’s information processing and perception of reality. In addition, social media feeds have possibly led to the age of personalized diplomacy in that each user is exposed to a different diplomatic reality. These conclusions suggest that foreign ministries’ ability to control their messages and frame government action may actually be quite limited. If this is indeed the case, foreign ministries will have to set new goals for their online communications and new parameters for evaluating the efficacy of their online activities. One possible goal may be conversing with online publics rather than simply disseminating information on social media. Ongoing conversations on social media have been shown to facilitate dialogue between institutions and stakeholders, influence how stakeholders view institutions and encourage collaborations between institutions and their stakeholders.

Ilan Manor is a PhD candidate at the University of Oxford. He blogs on issues relating to digital diplomacy at www.digdipblog.com