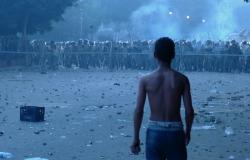 Nouh El Harmouzi and Tom G. Palmer argue that now is the time Arabs to finally enjoy the ‘bourgeois deal’.

In 2011 the two of us were in Cairo’s Tahrir Square, where Nouh addressed a huge crowd with an enthusiastic call for a dawla madanīya, a civil state, the alternative to both theocracy and military rule. For the past ten years we’ve worked together across the region to promote toleration, de-monopolization and economic openness, and constitutional democracy.

What has happened since that time?

Since 2010, Sixteen million have been forcibly displaced. Economic growth has fallen by half and unemployment is endemic, especially among the youth, who make up 85% of the unemployed. Oppressive states continue to dominate the Arab world. Cronyism, corruption, and state domination are still the order of the day.

Those problems have been compounded by the COVID-19 crisis, the collapse of tourism, disasters such as the Beirut port explosion, and the fall of oil prices. As everywhere, crises provide excuses for authoritarianism and the Arab world is no exception.

In contrast to the other MENA countries, the Tunisian trajectory is unique and keeping the Arab spring’s first and last hope alive. The country where the spark was first struck, Tunisia, after a brutal 23-year rule under the Ben Ali’s oppressive regime, has experienced honest elections. Eighty-six percent of Tunisians report that they have more freedom to criticize the government. According to Freedom House, Tunisia was ranked as “not free” in 2010, but has since been moved to “free,”

Members of the country’s opposition enjoy levels of freedom not matched in any other Arab or Middle Eastern country and fifty percent of Tunisian said that they believe there is less chance of unlawful arrest than in the past. Nonetheless, the deep ideological and political divides in Tunisia have caused serious paralysis that has limited the government’s capacity to deliver on needed reforms. Moreover, elections without reforms of Tunisia’s state-dominated economy have led to the highest fiscal deficit in 40 years, mounting debt, and high youth unemployment. The terrible consequence of the failure to create opportunity is that Tunisians make up the majority of those fleeing to Italy by sea and radicalized Tunisians have contributed the highest percentage of any country to the membership of violent jihadist groups abroad.

For the Arab Spring to have a positive lasting impact, it’s not enough merely to change the names of those in power. Democracy without opportunity withers and dies. To flourish, democracies require economies that produce wealth and opportunity. If the arbitrary powers of governments are not reduced and, correspondingly, if the effectiveness of the institutions of limited government is not increased, the authorities will merely use their boundless powers to stay in power and to enrich themselves and their friends and families. That’s how it’s worked for generations. The variety of political systems in Arab countries is quite large, but almost all have smothered the souks, the markets, the entrepreneurs, and the lives of their societies under bureaucracies, state-owned enterprises, inept public administration, trade barriers, and systemic theft.

Under such systems, insiders acquire outsized power. For example, the Egyptian military has used its power to dominates both politics and the economy. Through the Ministry of Defense, the Ministry of Military Production, and the state-owned Arab Organization for Industrialization, the military is a major owner of Egyptian firms, from fertilizer production to mining, gym construction, electronic manufacturing, and much, much more. Yezid Sayigh of the Carnegie Middle East Center in Beirut has documented how what he calls an “officer’s republic” has benefited “from an environment in which legal permissibility, bureaucratic complexity, and discretionary powers allow considerable space for predation and corruption,” a process that has only increased since 2013 and the military takeover under General – now President – Sisi.

A consequence of such domination by insiders is the marginalization of normal democratic forces and the rise of extreme political and insurrectionist forces, ranging from the semi-democratic Muslim Brotherhood (semi in the sense that democracy was a means to gain power and eliminate democracy) to the horrifying terror state of ISIS.

Add to that mix the intervention of foreign powers – notably Russia, Turkey, the US, and France – and the ongoing conflict for regional domination between Saudi Arabia and Iran, and the space for democratic processes of discussion is squeezed to almost nothing. The rival jockeying for power, often underwritten by foreign powers, undermines accountability to local interests, which is a sine qua non for democratic processes. (Foreign aid has generally undermined democratic processes in recipient countries for that very reason; military intervention ramps up the anti-democratic incentives even further.) Accordingly, public discussion of the costs and benefits of state projects and policies, of protectionism vs. freer trade, of loss-making state firms, of tax policies, and of other issues central to any reform agenda is almost impossible under such circumstances.

It’s not that difficult to tick off the reforms that would reduce the costs of doing business, the costs of securing employment, and the staggering burdens of, on the one hand, a parasitic public sector and, on the other hand, a privileged and monopolistic crony-ridden private sector. A parade of research centers and many scholars have been preaching the benefits of removing obstacles to the creation of wealth and opportunity. Those with power haven’t been listening; at best, they have “privatized” by occasionally turning state monopolies over to cronies, but a private monopoly is still a monopoly. And crushing tariffs remain crushing tariffs, corrupt courts remain obstacles to honest business, and those stuck on the outside remain locked out.

It’s time for the Arab people, who are increasingly connected to one another and to the wider world via the technological transformation of information, to act in their various capacities as businesspeople, students, laborers, teachers, professionals, and citizens to demand deeper changes that will provide secure foundations for stable democracies. That means creating a consensus – not merely an “economic” consensus, but an ethical consensus – for modern and efficient market economies. Productive work and dignity are far superior to being dependent on niggardly subsidies for petrol, bread, and shelter. The freedom to open a business and the discipline of competition create a virtuous cycle of honest dealing and respect for others. State-domination is generally, and certainly in the Arab world, a predatory world of zero-sum transactions. That zero-sum and predatory mentality carries over into politics.

Reforms undergirded by popular ethical consensus can break the vicious cycles of predatory behavior and replace them with what economic historian Deirdre McCloskey describes in her books on Bourgeois Virtues, Bourgeois Dignity, and Bourgeois Equality. It’s not enough just to change the words in the printed law books, or to shuffle the personnel in power. What is needed is to go for the full “bourgeois deal,” in which the virtues of respect and dignity are widely embraced and understood and they provide reliable support for authentic reforms that reduce obstacles to creating wealth and opportunity. Reforms based on ethical consensus are quite different from pseudo-reforms enacted on paper to qualify for World Bank or USAID or EU money or to meet the formal criteria for membership in this or that world body. They create virtuous cycles, whereas foreign aid money merely entrenches predation and autocracy.

It’s also time for citizens in the states that are intervening in Arab countries to call on their governments to get out. Such foreign interventions are, overall, making things worse, not better. They also run the risk of being dragged further into conflicts that could prove to be very costly for them. It is in the interests of the people of the outside countries that are intervening to demand that their governments pull out. Their own military adventurism in the Arab world is harming them. It is also harming the Arabs – obviously those who find themselves on the fatal receiving end of artillery shells, drone strikes, and bullets, but also the entirety of the citizenry of Arab countries, whose aspirations to democratic deliberation are thwarted, and, with those aspirations, the possibilities of structural reforms of bloated, inefficient, stultifying, and impoverishing state structures and policies.

This is a fragile time, not only for the Arab world, but for the wider world, as well. Engagement of deliberative processes under the rule of law will be especially crucial in the wake of the global pandemic. More change is coming in the wake of the losses and suffering from the global pandemic and political regimes that cannot adapt and offer opportunities for positive sum transactions, notably through opportunities for wealth creation and realization of aspirations for better living conditions and greater prosperity, may not weather the coming storm.

Political scientist Massimo Morelli and economist Roberto Censolo recently reviewed centuries of data on political upheavals following epidemics and found that “most of the great epidemics of the past appear to have been incubators of social unrest.” More unrest is likely coming. Will it yield law-governed democracies and prosperity, or civil war and entrenched dictatorships? The time is now to lay the foundation for the spread of bourgeois virtues, bourgeois dignity, and bourgeois equality. That will take place, not through street mobs, but through media, schools, chambers of commerce, mosques, churches, books, radio, television, and video. Now is the time for Arabs finally to enjoy the bourgeois deal.

It is not too late to prepare for the unrest that is to come. It can be channeled productively toward implementing the rule of law, legal fairness, and open economies, or it can be channeled toward violent conflict and predation. It’s a choice.

Nouh El Harmouzi is director of the Arab Center for Research, based in Rabat, and Professor of Economics at Ibn Toufail University. Tom G. Palmer is executive vice president for international programs and the George M. Yeager Chair for Advancing Liberty at Atlas Network, a global network of classical liberal think tanks, and a senior fellow of the Cato Institute.

Modern Day Slavery in Brazil: A Report from the Field

Expanding Circles of Failure: The Rise of Bad Anti-Trafficking, and What to Do About It