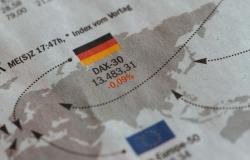 Amine Bennis examines the opportunity for a European response to China’s Belt and Road Initiative in the Middle East and North Africa.

In a recent speech, US President Joe Biden referred to a conversation with British Prime Minister Boris Johnson, where he called for an alliance between the US and “democratic states” to compete with China’s Belt and Road Initiative (BRI). Likewise, CDU chancellor candidate Armin Laschet stated the need for a European response to China's ambitions. Several state officials raised again this topic during the 2021 G7 summit in Cornwall with plans for a “green belt and road” and “build back better”. This prompts the opportunity for a European response to the BRI in an area of significant geopolitical and economic competition such as the Middle East and North Africa (MENA). I argue that it should be predicated upon “cooperative rivalry”. And that this approach will succeed if it addresses strategic European interests, and incentivizes MENA government partners to strengthen their partnerships with the Europeans and factor-in a geopolitical perspective with China.

Status of the BRI in MENA

The BRI encompasses three economic roads, including the Maritime Silk Road crossing the Red Sea from the Gulf of Aden to the Gulf of Suez, and six economic corridors, including the China-Central Asia-West Asia corridor linking China to the Arabian peninsula. The Health Silk Road was added to provide health coverage through global health development cooperation in research and health systems. And then the Digital Silk Road targeting digital connectivity. Statistics show a steady increase of the trade volume and Chinese foreign direct investments (FDIs) in MENA in the last decade, with China often ranking as a top trading partner and foreign investor, and the completion of many BRI projects.

The challenges of a European response to the BRI in MENA

The EU Neighbourhood Policy defines European strategic interests in North Africa and the Near East as aiming to promote reform processes, offering neighbours a privileged relationship based on mutual commitment to shared values with three joint priorities: economic development for stabilisation, security, migration and mobility. The relations between the EU and the Gulf Cooperation Council (GCC) countries focus on trade and regional security.

A European response to the BRI would face numerous challenges. Internal challenges first. EU action tends to be geared towards domestic impact rather than devising grand strategy – the international dimension of several recent EU strategies (such as the hydrogen strategy or the industrial strategy) appears limited compared to the strategy as a whole. EU action can be more reactive with a piece-meal approach rather than strategic planning. Its multilateral nature can affect the implementation of a large scale and fast response. It struggles to project both soft and hard power, with no army of its own. EU member states, and sometimes even EU institutions, have expressed diverging interests on how to approach relations with China. Addressing such challenges will require strong European political leadership willing to antagonize China, when needed. Yet, there could be limited political willingness to fund such a response in a Covid-recovery context. Finally, unlike the state-driven BRI, a European response will require strong commitment from development institutions and incentives to the private sector.

External challenges are also substantial. Some MENA countries have concluded “comprehensive partnership agreements” with China, following strong historical ties (Algeria) or more recent robust economic relations (the UAE and, to a certain extent, Egypt and Saudi Arabia). The MENA region is a very diverse set of countries requiring a tailored response, where the strength of the partnership and reciprocal willingness to deepen it will be key. Hence, Jordan and Morocco are the only countries in the Southern Neighbourhood with an EU “advanced status”, and Tunisia a “privileged partnership”. Some MENA countries are less open to international business: Algeria poses restrictions to foreign financing and to FDIs in energy, mining, railways, roads, ports and pharmaceuticals. In addition, the lack of data on BRI investments makes it harder to devise a response.

Ultimately, the Europeans will need a geopolitical approach to address the BRI. Notwithstanding the professed non-interference of China in regional and domestic affairs, such investments align with its geo-economic and strategic interests by targeting assets to fuel its growth and recipients for its exports. China-Iran and China-UAE comprehensive partnership agreements are signals of China’s positioning in regional power competition. Similarly, Europeans should improve their cooperation with strategic MENA partners, if they want to ensure a cooperative involvement in the response: for instance, some European chancelleries will struggle to convince a strategic partner in the southern neighbourhood such as Morocco to join the response if they do not improve their diplomatic cooperation with this country.

A European response will need to be original by focusing on the strengths of European stakeholders. This should consist first on bringing forward European expertise in areas where China (still) lags behind and where there is a strong demand in MENA, such as: sustainable urban infrastructure and sustainable urban public transport to develop MENA megacities (Algiers, Cairo and Casablanca) into green cities, and sustainable blue economy across the region. European corporates with technological advance in renewable energies should be at the forehead of the response with state-of-the-art wind turbines and offshore windfarms, green hydrogen facilities, green electricity interconnections, and complex PPPs (instead of turnkey contracts where Chinese contractors are cost-competitive). The international dimension of the EU Green Deal can promote partnerships in such sectors. Europeans should also seek to increase policy dialogue with MENA governments to promote competitiveness through deeper regional trade integration, competition and investment, and energy regulation. China doesn’t offer policy dialogue, not even on state-owned enterprises (SOEs).

Unlike Chinese investments tied to Chinese workers and financing, Europeans investments (including FDIs in renewable energies under the EU Green Deal) should increase local content opportunities (with local employment, subcontracting local SMEs when available, partnering with reputable local consortia), to incentivize the European offer and contribute to stabilization and job creation.

Similar to the EU framework for screening FDIs, Europeans can work with MENA countries to raise awareness and protect strategic assets from Chinese corporate raids (whilst avoiding any protectionism). Setting up an instrument to collect data on BRI and Chinese investments in the MENA region, similar to the Chinese-EU FDI reporting, would allow to adjust the response.

Competing and containing the BRI in MENA will require working inclusively with MENA countries to designate strategic connectivity projects using the existing EU frameworks. These include the EU Global Strategy, where the European response could be a relevant tool to strengthen this European geopolitical “compass”, and embedding such policy response into the strategy could strengthen the path towards European “strategic autonomy”. Developing Euro-Mediterranean transport projects (such as a corridor from Western Europe through Morocco to West Africa) as part of the external dimension of the Trans-European Transport Network (TEN-T) policy and the recently adopted 2021 New Agenda for the Mediterranean is an example. Similarly, policymakers could use the EU Projects of Common Interest to fund energy connectivity infrastructure across the Mediterranean shores.

Another avenue consists of combining the international dimension of the EU Green Deal with the new Global Europe Instrument to finance renewable energies projects using the performance-based approach to increase the investment amount by incentivizing items such as economic governance.

European policymakers can also compete with China’s Vaccine Diplomacy and the Health Silk Road by improving the visibility of the Team Europe assistance to MENA populations under the COVAX Facility. They will need to engage in the new vaccine sharing mechanism under the 2021 New Agenda for the Mediterranean by sharing access to doses secured by the EU to benefit health workers and humanitarian needs in countries mostly in need such as Jordan, Lebanon and Tunisia. A strategic initiative would be to integrate MENA pharmaceutical companies into the Covid-19 vaccine supply chain and PPE facilities for MENA markets, similar to the partnership between the Chinese Sinopharm and the UAE company Julphar.

A European digital response to the China Digital Silk Road would also be impactful. 5G European technology providers could increase their investments to compete with Huawei in MENA. European policymakers can use policy dialogue to promote smart city principles, deterring from mass video-surveillance and social restrictions. To that, the Europeans could promote a model based on web regulation, transparent data protection, safe cloud, cybercrime protection, and digitization to improve the resilience of state institutions.

Another concern is the distortion of competition from Chinese SOEs benefitting from state-backed financing and export credit at preferential terms. The use of financing incentives under the Global Europe Instrument can contribute to a level playing field. In addition, the proposed EU Regulation on foreign subsidies could be an asset when it comes to Chinese companies with unfair advantages in investments in MENA benefitting from EU funding.

A US support could be fundamental to complement the European response, especially in the Middle East where the US influence is strong. It is unlikely however to see a US reengagement in MENA to address the BRI challenge given its progressive disengagement towards the Indo-Pacific region. A US support will rather focus on South East Asia. But European policymakers could still rely on US lobbying to highlight the risks of using Huawei infrastructure, or on behalf of allied Indian, Japanese and Korean investors. Also, China could seek to increase its influence in countries which stability is challenged (such as Algeria, Iraq, Lebanon, Libya, Tunisia and Yemen). Here, Europeans should leverage on strategic projects and policy dialogue from the IMF and the World Bank. Finally, any US secondary sanctions would be counterproductive as they would be perceived as using governance-related tools to address economic competition, with the risk of Chinese retaliation.

Promoting further cooperation with the BRI and Chinese Investments in MENA will nevertheless be necessary. OECD figures refer to needs of over USD 100 billion a year for the next five years to maintain existing infrastructure and create new ones. Additional cooperation will be key to fulfil such infrastructure gaps.

Co-investing in multilateral frameworks (such as the Asian Infrastructure Investment Bank) can ensure compliance with international standards and good practices in the areas of integrity, procurement, environmental and social, and sustainable debt.

Addressing distortion of competition can finally be achieved through cooperation, dialogue with MENA governments and Chinese authorities, and potentially by leveraging on the agreed principles of the (currently suspended) EU-China Comprehensive Agreement on Investment which provides obligations for the behaviour of SOEs, comprehensive transparency for subsidies, and commitments on sustainable development.

Amine Bennis is an international legal counsel. He specializes in development finance and regularly publishes on topics relating to international security and geopolitics. He writes here in a private capacity.