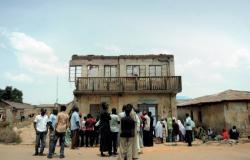 The general assumption is that conflict coincides with violence, which is certainly often accurate. Yet Jana Krause investigates communities, located in conflict zones, that manage to avoid violence by armed actors. In considering civilians not as mere victims of conflict but rather focusing on the consequences of their mobilization for violence and non-violence, Krause joins the emerging community of scholars who increasingly focus on civilian life during war. In seeking specifically to explain non-violent outcomes in the context of communal wars, Krause extends this important and developing research on wartime civilian agency.

The puzzle addressed in Krause’ s book is twofold: first, ‘how does communal violence escalate into full-fledged communal wars?’, then, ‘why do some communities manage to prevent killings by armed groups while others do not?’ In a nutshell, Krause argues that some communities vulnerable to mobilization for violence – that is ethnically and religiously similar to others – and which could not rely on pre-existing institutional capacity, adapted to the context of communal war and, through strong leadership and collective agency, managed to prevent killings by armed actors. Over years of armed conflict, these resilient communities countered the process of conflict escalation through the formation of cross-cleavage identities, the consolidation of civilian social control, and engagement with external armed groups. Essentially, non-violence is an outcome contingent on civilian agency for conflict non-escalation and not the mere result of structural factors, such as demography and geography.

On the methodological front, Krause successfully overcomes the challenges inherent to the study of relatively rare events. In using a cross-case and within-case paired comparative approach, she provides a systematic analysis of non-violence in warzones. She investigates regional conflicts in Indonesia, 1999-2002, and in Nigeria, 2001-2010, that escalated in the context of regime change, weakened security forces, and religious conflict narratives. She focuses on two almost contiguous communities in each conflict that, at the onset of conflict were similarly mixed and vulnerable, but in which the conflict dynamics diverged. Altogether, a convincing demonstration of matching comparison in qualitative research. As the author herself notes, a within-case paired comparison not only allows for the investigation of civilian agency for violence and non-violence in similar circumstances but also to rule out alternative explanations.

The book is structured in two parts. Krause starts by laying out the foundation for her analysis and develops two theoretical frameworks. The remainder of the book turns to the empirical analysis of communal wars in Indonesia and Nigeria. Overall, Krause’s book offers insights on both sides. On the theoretical front, in addition to the conceptualization of resilient communities that forms her main argument, Krause introduces the concept of communal war – a non-state conflict between social groups that reaches casualty numbers of or beyond the civil war threshold (p.18). In distinguishing communal wars from other types of communal violence, Krause unpacks what are commonly referred to as riots and further uncovers patterns of violence in communal conflicts. Focusing on social dynamics, she develops a framework for how violence spreads and escalates into communal war through the political mobilization of an “everyday violence network” (p.41) such as street gangs or vigilantes, the polarization of social identities, and the militarization of local communities. In a sense, conflict escalation appears to be the rule and non-escalation the exception, a reality even more apparent in the case studies.

The empirical front is where the book reveals its main strength. Drawing on an impressive amount of interviews – over two hundred in Jos, Nigeria, and Ambon, Indonesia, combined – and as a result of repeated fieldwork and ethnographic enquiry, Krause provides detailed evidence of how violence escalated, how communal violence was organized more broadly, and how two communities managed to avoid killings. Pointing to the endogenous character of conflict escalation, and the interplay between locals and outsiders, Krause illustrates how the witnessing of violence, rumors and suspicion aggregated into ‘dynamics of revenge killing’ that triggered support for fighting or participation in it. This, in turn, allowed mobile militias to fight in different neighborhoods in collaboration with residents from the targeted area.

In addition, in the case of non-escalation, Krause shows how the institutionalization of violence prevention allowed community leaders to consolidate civilian authority within the neighborhood and ultimately avoid killings. Generally, her meticulous investigation of Jos and Ambon reveals the causal role of civilian mobilization in the production of violence and both the dynamics of escalation and non-escalation, giving a fundamental place to civilian agency in warzones.

Taken as a whole, the book has two weaknesses. First, Krause shows how religious institutions were a central element within the violence networks, serving as meeting and storage places and for the formation of militias groups. However, the role that pre-existing religious institutions played in the mobilization for non-violence remains unclear. If the author notes that resilient communities could not rely on pre-existing institutional capacity, it seems at times that religious networks were in fact used to disseminate narratives for non-violence and conferred legitimacy to specific individuals within the community. It is in this specific setting that strong leadership became a necessary condition to avoid killings. If it is clear that communities did not benefit from pre-existing institutions for conflict management, religious networks offered an institutional framework nonetheless. Second, as the empirical chapters emphasize the central role of leadership, one misses the conceptual tools to fully make sense of why and how charismatic leadership produces its effect. In other words, as the book sets out to explain the agency of ordinary people during wartime, the reader not familiar with the literature on leadership fails to fully appreciate the importance of the few extraordinary people who, drawing on prior experience of conflict and violence, organize the community, and who appear to be a necessary condition for the emergence of non-violent communities.

Regardless of these few weaknesses, Krause convincingly challenges a series of assumptions in the political violence literature. First, she reveals that if non-violent communities avoided killings by armed groups, they were not places of communal harmony as civilians wanted to mobilize for violence, and threat and punishment were an integral part of the newly establishment social order. Second, in highlighting that armed groups were mobile and civilians often reluctant to kill their direct neighbors, Krause also refines our understanding of how intercommunal violence is perpetrated, showing that communal wars partly kill on the level of civil wars because external armed groups collaborate with unarmed civilians in targeted neighboring communities, whose support is needed for the organization of large-scale attacks.

Overall, Resilient Communities is to be praised for placing individuals at the center of the story of violence and conflict. It offers valuable insights into our understanding of the dynamics of conflict escalation and non-escalation, and shows with exemplary precision how demanding avoiding violence is – which in turn may account for why non-violent outcomes are so rare during wartime. It remains to be studied if similar dynamics are at play when violence is not perpetrated along ethno-religious lines: assuredly a task for further research on non-violence and communal wars.

Benoit Siberdt is a doctoral researcher in Politics at the University of Oxford, where he works on the dynamics of order in the midst of civil war. More broadly, his research interests include political violence, civil conflicts, and collective action.