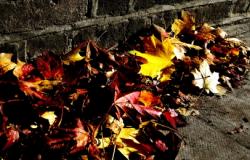 Karl Muth explores the challenge of acknowledging the stubbornly slow pace of some global risks.

Our political systems move quickly, as does our media cycle. The vote for Brexit and fall of David Cameron, the newest politically-incorrect blurb from Donald Trump, the revelations of Russian cyberdeeds, these things appear in our political view like frightened deer dashing into the motorway, only to disappear again into a wood, replaced by a new centre of focus. We do our best to keep up, but things have accelerated – first with 24-hour cable news, then with the Internet, and now with the Twitterverse and nearly-instant political reactions to ethereal stimuli.

Meanwhile, we live in a time of slow-moving risk. Almost so slow-moving that these risks cannot be perceived. Gradual changes in unemployment rates, global temperatures, and suburban blight are so miniscule on a per-month or per-year basis that we need experts to measure whether they are even happening at all. The same can be said for the accumulation of student loan debt, the collapse in middle-class home ownership, and so on – all of which are dramatic changes over time, but almost unobservable in a year or a four-year presidential term unless one is a statistician or economist.

There was a time, during the Cold War, when we worried that political mechanisms were too slow and risks too fast-moving. If the Soviets launched a first strike, would our bureaucracies stand in the way of a swift, proportional, and strategic reply? If there were another Cuban Missile Crisis, would we again have too many voices saying too many conflicting things, signalling confusion and weakness on the world stage at a moment when we could least afford these appearances? What if there were a natural disaster like Katrina again, would government again fumble and bumble about?

Today, we face the opposite problem. Risks are slow and politics are fast. In many ways, this is an even more menacing mismatch. It is a problem because policies are promulgated through politics, and policies must be multi-year or even multi-decade to combat the world’s largest risks. However, it is also an urgent problem because the risks we face are dynamic – a static policy enacted today, even if respected by successor regimes, will not be successful if it is not thoughtfully and consistently adapted to the present challenge.

Our other governance and incentive mechanisms are also poorly-suited to our world of slow-moving risk: corporations designed (and corporate officers trained) to deliver quarterly earnings are not well-positioned to solve multi-decade problems. Investors eager for liquidity are timid to make long-term investments. So-called patient capital has an inherent, structural skew toward debt (and away from equity), making its deployment concentrated in areas that may not be well-matched to the long-term risks we must address.

One of the largest policy challenges of our time is to acknowledge the stubbornly slow pace of some risks (climate risk is a convenient, but not wholly representative, example) and to craft policies, incentives, and ways to deploy resources (including but not limited to financial capital) in ways that confront these risks, lessen interim turbulence, and envision multiple possible states of resolution. To do this will require a plenary function far more advanced, and I argue far more simple, than the mechanisms that have dominated in the past. It will require a new degree of comfort with the centralisation of certain decision-making tasks and the dispersal of others. And it will require decades – in many cases, generations – of dedicated policy scholarship, action, and review in a not-yet-conceived environment insulated from, but endorsed by, politics.