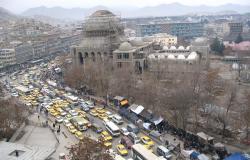 Hassan Ahmed Abdein argues that the West should engage international faith based organisations to build a bridge between the Taliban and US policymakers that will aid to flow.

#The discovery – and subsequent killing – of al-Qaeda leader Ayman al-Zawahiri in an upscale Kabul suburb prompted The New York Times to wonder whether the Taliban were on “a dangerous collision course with the West.” Among other things, that increasingly hostile mood may mean the end of negotiations to unlock $3.5 billion of desperately needed aid.

This doesn’t come as a surprise: Ayman al-Zawahiri’s very presence in the Taliban capital strongly suggests the movement reneged on promises made during Trump’s term in office. American leadership and America’s allies have concerns that international aid will only cement the Taliban’s position. Despite frequent promises by the Taliban to respect human rights, more restrictions have been imposed on the freedom of the press, women’s rights and many other basic rights.

But while the two countries trade barbs, the real victims – ordinary Afghan people – are encountering an unprecedented humanitarian crisis. And these people must be our foremost priority.

Cutting aid to Afghanistan might in theory weaken the Taliban – but it could also strengthen them further, by impoverishing ordinary Afghans and cementing a narrative of pervasive and indiscriminate Western hostility. And that is a bleak alternative. After all, Afghans are facing a famine that may cause the deaths of millions, a deadly conclusion to the West’s worst diplomatic failure in recent history.

For America’s moral standing, geopolitical position, and President Biden’s leadership, what happens next is undeniably important.

Perceptions of Biden – in the Western as well as the Muslim world – took a significant and sustained dent with the chaotic military pullout from Afghanistan, that without a question impacted other theatres in which American prestige and power are in play.

But will a zero-sum approach to Afghanistan truly benefit the United States? Or is there a way for America to aid Afghans without overlooking legitimate and reasonable security concerns?

Faith-based organizations, or FBOs, are among the most stable and extensive types of NGOs, or non-governmental actors. Past and present, FBOs have played an intermediary and even calming role in many conflicts, especially where religion is implicated. In a strongly faith-based society, like Afghanistan, an FBO’s ability to fill existing trust deficits is quite simply unparalleled.

Specifically, there is one body that can help facilitate, coordinate, oversee and scale engagement with Afghanistan. And that body is recognized and respected by both the United States and the Taliban: The Organization of Islamic Cooperation, or OIC, the world’s second-largest inter-governmental organisation, with 57 member states across the globe. dozens of nations across the world.

Recently, the Taliban even reached out to the OIC in a bid to secure international recognition. Perhaps in part because the OIC has unparalleled access to aid networks, humanitarian resources, and financial channels. But also, because the OIC regularly and frequently engages with global powers and global bodies from a resolutely Muslim perspective and strongly Muslim orientation.

Yet, because the OIC represents Muslims globally, the vast majority of whom are strongly opposed to the Taliban’s brand of piety, the OIC has a unique ability to convene faith leaders and faith-based scholarship to push back against the Taliban’s excesses. Which makes the OIC a natural – and necessary – partner for the United States to engage on the question of Afghanistan.

The OIC has already taken steps to help the Afghan people by establishing a Humanitarian Trust Fund to address the deteriorating humanitarian situation and alleviate the suffering of the Afghan people. The OIC also appointed seasoned diplomat, Ambassador Tariq Ali Al-Bakheet as Special Envoy for Afghanistan to coordinate delivery of humanitarian assistance by the international community and pursue economic and political engagement with Afghanistan.

Some signs of greater US engagement with the OIC have occurred and provide hope for future partnerships. Earlier this year in March, senior US officials attended the OIC Foreign Minsters meeting in Islamabad and in May, a high level OIC delegation, led by the Secretary General, Mr. Hissein Brahim Taha was received by US Secretary of State Antony Blinken for talks in Washington.

These US-OIC initiatives must be encouraged. The depth and potential for continued and strengthened relations between these two global forces are too many and too promising to be dismissed. Such engagement is far less costly, on every measure, than abandoning Afghanistan. That’s been tried before, and the results were hardly reassuring for anyone.

And that’s not the only body that the Taliban has sought to engage. The Muslim World League (MWL), the largest Islamic NGO in the world, has hosted Islamic scholars from both Afghanistan and Pakistan in a bid to sign a Declaration of Peace. The Secretary General of the MWL – Dr. Mohammad Al-Issa – has made it a personal goal to engage the Taliban to spread a tolerant vision of Islam.

Crucially, the organization was recently lauded for its efforts in working with local religious leaders in neighbouring Pakistan to prepare them for climate change – something which – alongside moderation – will be crucial to Afghanistan’s survival.

While we cannot predict all possible consequences of the international community’s abandonment of Afghanistan, what is happening should alarm us all. Tens of millions of impoverished Afghans, in an unstable country in a volatile region, vulnerable to climate change, spiking inflation, food shortages, and the legitimate threat of looming starvation.

With partners in place who can guide that process, there is every reason to move forward. A patient and reasonable approach not only presents few downsides but offers immense opportunities too: The relationships and knowledge that are gained from that strategy will not be limited to Afghanistan but inspire a brand-new chapter in diplomacy.

A whole new way of thinking about the intersection of faith, power, and politics.

Ultimately, FBOs offer a bridge between the Taliban and US policymakers – one the Biden administration must urgently recognize. Because if negotiations do not come to fruition, not only will millions of Afghan people suffer untold tragedy, but the wider region – and ultimately the US – will pay the cost.

Dr. Hassan Ahmed Abdein is a former International Director at the Organisation of Islamic Cooperation, the world’s second largest intergovernmental body after the United Nations with 57 member states.  He has also been a conflict resolution expert working to address conflicts in the Muslim world. In his role at the OIC, he facilitated peace negotiations among minority groups and governments in Southeast Asia and was political advisor to the legal team on the Rohingya genocide case at the International Court of Justice. Abdein has extensive experience in the field of advocacy for minority rights and has organised programs with civil society organisations in Southeast Asia and the wider world.