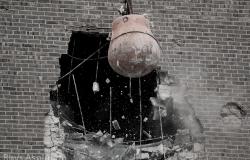 Robyn Klingler-Vidra and Juergen Braunstein explore whether it is enough to throw huge sums of money into the Venture Capital industry to boost innovation and entrepreneurship.

The recipe behind the Silicon Valley success story is more complex that a Betty Crocker cake mix: you can’t just “add water” or, in start-up terms, “add money”. It was not simply American risk-taking, nor was it only the military industrial complex, or the availability of investors. Silicon Valley, which has become the posterchild of Schumpeterian innovation and entrepreneurship, is the confluence of a number of historical, cultural, industrial and governmental factors. Is it enough to throw huge sums of money into the VC industry to boost innovation and entrepreneurship?

As countries around the world strive to create a local Silicon Valley – now short-hand for a cluster of high-tech entrepreneurship that drives innovation and high-quality jobs, which in turns propels economic growth – there are a number of policies to consider. In The Venture Capital State: The Silicon Valley Model in East Asia, one of us (Robyn) explores how governments adapted regulations, tax incentives and funding mechanisms in order to support local venture capital. The countries around the world who have most successfully build their own “Valley”, tended to both the demand and supply of venture capital, and entrepreneurship. Governments, such as K.T. Li in Taiwan in the early 1980s, studied the various elements of the Silicon Valley cluster, and then encouraged local components, such as top technical universities, tax incentives, and risk-reducing legal structures.

Recent headlines about sovereign wealth funds – large state owned investment funds –  investing billions in venture capital, and even in individual startups or publicly-listed technology firms like Tesla (and its electric car rival, Lucid), gives the impression that its just about adding money.

But money is only part of the story: industrial policy in a Schumpetarian sense is about encouraging startups – and embracing failures – in processes of creative destruction. Its the ecosystem that sees new entrants disrupt the comfortable position of large incumbents that Schumpeter saw as the engine of capitalism. With too much money around for startups, we can end up with “zombies” who don’t die, but also don’t disrupt markets.

For its part in the magic of Silicon Valley, venture capital became a darling of policymakers keen on supporting Schumpeterian cycles of creative destruction – which are meant to drive the innovation central to elusive economic growth in the post-Global Financial Crisis context – around the world. But, more money for all startups doesn’t trigger more productive Schumpeterian innovation. It propels higher valuations, as well as both more zombies and greater systemic risk.

How did we get here? Venture capital – part of the Silicon Valley recipe – is embraced as a key. Since its advent as a professionalized asset class in the throes of World War II, venture capital has epitomized American high-risk capitalism. Nimble investment firms led by partners with technical and operational expertise would identify potentially disruptive technologies and then work with the fledgling firms on strategy, hiring and product. This “smart money” is said to have catapulted Silicon Valley technology firms into global powerhouses; though a modest asset class relative to other alternative assets, at $100 billion under management, in comparison to hedge fund ($2 trillion) and private equity ($1.1 trillion), VC made investments of $500,000 to a few million dollars had a remarkable multiplier power.

Historically SWFs – who managed $7.45 trillion as of March 2018 according Preqin – did not touch the cottage venture capital industry. Investments in VC were too small for their large balance sheets. Moreover, they lacked the institutional capabilities to identify winning startups, and the operating and technical expertise to advise them on how to grow. SWFs invested into to debt securities, equities, real estates. Confronted with declining return on traditional assets, SWFs have decided over the last years to enter new asset classes with the aim of increasing returns, and gaining access to the world’s technological frontier. Their investment practices have evolved from conservative stances in 1980s and 1990s to an “endowment approach” in the 2000s, to more opportunity-based approaches. In the post-Global Financial Crisis tech boom, that money is going to high-risk, early-stage tech companies. A growing part of SWF portfolios is allocated to VC which reflects an overall trend among large institutional investors (such as pension funds, endowments and insurance companies) as well as corporations getting active as limited partners, and direct VC managers.

As we discussed in a recent article in The Conversation, there has been a flood of money into venture capital from sovereign wealth funds in the post-Global Financial Crisis, and history suggests that this will boost a bubble, rather than drive sustainable economic growth. What’s more, the boost to venture capital has been aided by access to cheap money, in light of the ultra-low interest rate environment since the Global Financial Crisis. The rise of venture capital is pinned on the use of debt. When central banks push rate rises further – the Federal Reserve is meant to raise rates to more times in 2018 alone – the house of cards will be subjected to a wind tunnel. The result could be a perfect storm: rising interest rates on top of unsustainable valuations.

For Silicon Valley, and aspiring valleys around the world, to weather the storm, they will need to have a balanced recipe. Not only that was just counting on adding money.

The article was previously published in German.