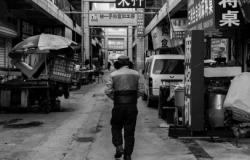 Expected for over a year, China’s 13th Five-year Plan on International Capacity Cooperation is not forthcoming. When finally released, it will detail China’s trade and industry policy for external geographies and put meat on the Belt and Road bones.

In May 2015, the State Council issued Guiding Opinions on Promoting International Production Capacity in Equipment Manufacturing Cooperation, a policy that was quick to spread to other sectors of the industrial economy through promotion and reinforcement at first the Agricultural Work Conference and then the Central Economic Work Conference, both in late 2015. The formal 13th Five-year Plan in International Capacity Cooperation has been a long time coming down from the Centre but its effects and macropolicy have been clear for the past 18-24 months of sub-central and subnational policy. Ministry of Commerce has been coordinating a series of industrial policies in external geographies through sectoral-specific policies, State-owned Enterprise coordination, subnational governments, Chinese embassies abroad and host governments abroad. A top-down centrally planned industrial policy, it is quite an ingenious way to ‘solve’ China’s industrial overcapacity problem, restructure its domestic industry towards Industry 4.0 higher value-added advanced manufacturing, and export capital factor productivity without opening the capital account, however it remains a one-way street for the host economies.

The13th Five-year Plan on International Capacity Cooperation will introduce a ‘One Axis-Two Wings’ spatial planning framework. Central Asia (principally Kazakhtstan, Azerbaijan, Georgia and also Iran) is the axis on which China is to balance its trade strategy with the ‘West Wing’ of Africa, the Middle East and Central Europe. Brazil, Peru and Latin America constitute the ‘East Wing’. Targetted sectors for industrial integration remain transport, energy, communications, engineering machinery, aerospace, and marine engineering. Vanguard factory specific sectors include steel, nonferrous metals, building materials, chemicals, light industry, automobile, agriculture, and construction machinery. Actual enterprise investment over the past two years in external geographies has generally played out according to the ‘Main Axis to Africa’ recipe, despite central policy only being loosely coordinated through the provinces and policy banks.

The International Capacity Cooperation policy reinforces China’s commitment to improve the fiscal, financial and other supporting policies to ensure that Chinese firms can access export credits and insurance, SOEs have adequate credit lines, and that policy banks can issue renminbi (RMB) denominated credit in host economies. During the fourth China-Kazakhstan Government Business Cooperation Council, Kazakhstan National Sovereign Fund and Chinese counterparts at Ministry of Commerce (MofCOM) and CITIC Group signed an agreement creating the ‘Sino-Kazakhstan Cross-border RMB Production Capacity Cooperation Fund’.  The fund allows Chinese capital to enter an external geography without being first converted into foreign currency, it is essentially creating a capital bridge for China’s SOEs which have operations both in China and abroad. We can expect similar policy banking procedures in the Middle East and particularly Africa as the International Capacity Cooperation project rolls forwards.

As predicted by Yang Yiyong, director of the Institute of Social Development, China Macroeconomic Research Institute, much of the practical cooperation mechanisms centre on free trade zone and industrial park cooperation. China envisions a sub-regional economic cooperation docking with its broader Belt and Road geoindustrial policy. Docking with the developing of economies along Belt and Road economic corridors are to birth a series of free trade zones and sectoral specific industrial parks, along the model of Japan’s Regional Production Network in East Asia.

The Project System is the policy-base upon which International Capacity Cooperation is built. The Project System concept is used by Chinese economists such as Luo Xiaopeng to refer to the Keynesian capital-works project system used by the central government as an investment-driven growth model. In short, leverage GDP growth through construction activities funded by the state, regardless of the regional needs of the populace, the inneficient production, or the banking debt accrued. International Capacity Cooperation effectively offshores this Project System model without reforming the deeper financial and industrial structure problems China faces. The implications for recipient countries being that they are importing China’s financial model, and given the incomplete reforms of China’s banking sector, means they are importing substantial and unregulated levels of risk.

Wang Xiwen, Ministry of Industry and Information Technology (MIIT) International Economic and Technical Cooperation Centre Director, has argued a direct parallel between China’s International Capacity Cooperation policy and Japan’s offshoring of industrial capacity from the 1970s. He said that China’s policy is little more than following that typical Japanese model where Japan, after 60 years of industrial growth and post-war rebuilding faced similar industrial constraints to China now. Wang argued that to overcome the urban concentration of industrial complementarities, Japan passed a crucial series of laws to regulate and restructure its industrial economy, such as the New Industrial City Construction Law (1962), and the Industrial Relocation Promotion Law (1972). These laws resulted in capacity transfer away from cities into fifteen newly developed industrial clusters in Japan, which allowed for cheaper inputs and greater complementarity and decentralisation. To move Japanese industry into higher value-added manufacturing and restructure away from heavy polluting industries, the High-tech Industrial Zone Promotion Act (1983, 1998), created 26 local cities in the high-end manufacturing industry, and the Knowledge-intensive Industry Location Act (1988, 1998) incentivised 26 local cities to develop software services. Wang’s argument mirrors the arguments of economists such as Dani Rodrik and Suehiro Akira who understand the historical institutional nature of economic restructuring and the state’s role in reforming both markets and institutions to aid economic development.

China’s Ministry of Commerce’s other contemporary major trade and industry policy, the 13th Five-year Plan of Foreign Trade Development aims to mirror this secondary aspect of Japan’s industrial restructure. That is, to open foreign markets to Chinese capital and labour inputs and to develop the innovation industries at home to increase value-added advanced manufacturing output. It specifically says to strengthen trade and industrial policy coordination, and to enhance competitiveness in innovation-driven development. China’s science and technology research and developing financing is rapidly approaching and surpassing technological horizons on the way to restructuring its domestic industrial production while International Capacity Cooperation develops the industrial clusters abroad to manufacture and reimport into China. China is currently constructing a long-term plan to become a net-importer of manufactures and an exporter of technology.

Against accusations that China is merely attempting to offshore low-end industrial plants such as steel, cement, aluminium, glass, and paper, Peking University Institute of International Relations Professor Zhai Kun has said that ‘China's production capacity is generally in the middle and high-end levels, this production capacity is in advanced technology.’ Outsider observers are not so optimistic, particularly those in the European community who have seen technology transfers go one-way into China for decades and are experiencing what Joerg Wuttke has recently called ‘promise fatigue’, an idea that the European Union, Japan and the United States have poured technology transfers and investment into China on the promise of China one day opening its markets to international competition. Yet the combination of the global financial crises and the decline of American global leadership seems to be enough to convince China that it has a chance to make it on its own, a few more years of promises not withstanding.

This new 13th Five-year Plan for International Capacity Cooperation will merely codify what has been occurring at all levels of government and industrial enterprise for the past two years. However it is an important policy document for the globalised economy to take note of. It in effect spells out China’s Belt and Road strategy, and the merchants making hay on guessing what Zhongnanhai is planning had best stop in the face of evidence. For recipient countries, this can be as beneficial as Japan’s Regional Production Networks were to ASEAN economies, or it could be as ruinous as IMF loans to non-OECD countries through the regime of Washington-consensus neoliberal ideology. China’s hand is open and its financing model for its trade and investment architecture is clear. Policymakers in Africa, Middle East and Central Asia can benefit from RMB-denominated investment, but they should be aware of the risks and understand the wider game that China’s eventual import strategy represents.

Introduction to the practitioners' special section: Financing the green transition in times of crisis