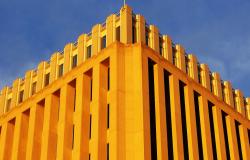 Yunnan Chen and Cinnamon Dornsife explore the prospects for the future of global economic governance.

A decade after the global financial crisis that began in 2008, the search for an effective system of global financial governance is ongoing. Global financial institutions remain incomplete and fragmented, under-capitalised and under-utilised. Atop the existing Bretton Woods international financial institutions (IFIs), a patchwork of new ad hoc arrangements has arisen. The voluntary inter-governmental G20 forum has emerged as a central actor, however, this fragmentation of jurisdictions of governance, and the still incipient reforms of existing institutions, raises questions about the current system’s capacity to effectively address future financial crises.

Some questions addressed here include: Is a global financial safety net desirable? Do we need a lender of last resort? If so, is the International Monetary Fund (IMF) the best institution to serve in this role? What additional tools does the IMF need to serve effectively in this role? (It already has a range of crisis resolution tools but not crisis prevention tools.) What are some of the reforms that have occurred to date? And what are the prospects for the future of global economic governance?

The current state of global financial governance is a multiplicity of international institutions, old and new, northern and southern. Many existing international financial institutions (IFIs) are highly specialised and require additional reform to better equip them not only to cater to the financial crises of the Organisation for Economic Cooperation and Development (OECD) economies, but also to manage the demands of the developing world, and to create a truly global financial safety net.

The Bretton Woods institutions have been slow to adapt in the aftermath of the 2008-09 financial crisis, including to the global economic weight of emerging economies and demands for a greater voice from the emerging world, particularly China, whose inception of new multilateral institutions such as the Asian Infrastructure Investment Bank (AIIB) is seen as a response to this unmet demand. The G20 and IMF played a crucial role in the global response to the recent financial crisis and the G20 nations appeared the best collective authority to help guide a path forward, but the group remains a voluntary organisation without a permanent secretariat, and hampered by the divisions of its members.

Some reforms are already underway in a number of the IFIs. The European Bank of Reconstruction and Development (EBRD) has amended its charter to extend its operations into the Middle East and North Africa region. This has given the Middle East new access to finance without the need for further proliferation of regional banks. Within the Asian Development Bank (ADB), the merger between the hard and soft loan windows in the Asian Development Fund and Ordinary Capital Resources (ADF-OCR) is another reform that demonstrates adaptation to changing needs. In this case, the ADB has effectively increased its lending capacity to member countries, without the need for a capital increase, creating a stronger, competitive source of finance in the Asia-Pacific region.

Recognising the urgency of addressing climate change, in which US leadership is currently lacking, the International Monetary Fund (IMF) has incorporated climate change adaptation needs into its analytical work, technical assistance and outreach activities, including an acknowledgement of the economic impacts and risks that climate change brings, as seen, for example, in the new Climate Change Policy Assessments (CCPA) in the Fund’s Article IV consultations that assist impacted countries in adapting to climate risks. Across the board, there is a greater emphasis on climate finance within the IFIs—a joint report in 2017 noted that, since 2011, climate finance commitments from the multilateral development banks (MDBs) reached their highest levels to date — $35.2 billion.

In the medium-term, the creation of new southern institutions, most notably the Asian Infrastructure Investment Bank (AIIB) and the New Development Bank (NDB), has given a much-needed impetus to the MDBs and traditional donors to improve developing economies’ access to medium-term finance, in order to address global challenges of economic development and the global infrastructure financing gap.

Of course, this boom in infrastructure lending from China, particularly through its new “Belt and Road Initiative,” also comes with attendant debt risks for developing countries. This is a particular concern in Africa, where many countries only relatively recently graduated out of the heavily indebted poor countries (HIPC) program, and debt crises are a fresh memory. The potential role of the IMF in potentially bailing out China-indebted countries has become a source of tension for the United States, as a major contributor to IMF resources. China’s non-membership in the Paris Club and the opacity of its loans also complicates the IMF’s ability to provide assistance to countries in debt distress, and highlights a deep need for coordination between OECD countries and “rising powers,” both in questions of debt management and responsible lending, and in the future of these shared institutions.

In the shorter term, there is far more that needs to be done with regards to a global financial safety net, and ensuring the availability of liquidity during crisis periods. The “war chest” of foreign exchange amassed by China and other East Asian economies in response to the Asian Financial Crisis has arguably not contributed to global financial stability, and does not represent a sustainable solution. Beyond the measures taken by national governments and central banks, it is crucial to reinvest in and strengthen existing IFIs, and ensure coordination between national, regional and global levels in responding to emergent crises.

The IMF would also benefit from enhancing its current instruments for dealing with future financial crises. Unlike the three-tier stratified swaps offered by the US Federal Reserve, the IMF could institute a truly democratic arrangement of short-term credit facilities that could be accessed by all states in times of duress. Currently, the primary crisis resolution tool available to low income countries at the IMF is the Rapid Credit Facility (RCF), while the Flexible Credit Line (FCL) — a means of crisis prevention — is only available to a subset of pre-qualified countries like Colombia and Mexico, creating a stratified hierarchy in countries’ access to liquidity.

Beyond the IMF, other attempts to build an alternative “lender of last resort” have been lacklustre. Expectations ran high for Chiang Mai Initiative (CMI) set up by the ASEAN+3 economies in the wake of the Asian Financial Crisis in 2000, however in the 2008 crisis, it played virtually no role in mitigating balance of payment challenges in Asia, where large economies such as South Korea turned instead to the US Federal Reserve for swap lines. Despite increased efforts at institutionalisation and capitalisation — the CMI became the Chiang Mai Initiative Multilateralization (CMIM) in 2010, doubling its size of financial support available to $240 billion in 2014 and introducing a new precautionary credit line — the initiative remains untested and does not represent a truly independent alternative to the IMF.

The ASEAN + 3 Macroeconomic Research Office (AMRO) — which is the regional macroeconomic surveillance and research support unit set up to assist the ASEAN+3 on the CMIM — has seen more progress, but still requires strengthening as an organisation to make its surveillance role credible. Since the global financial crisis, there was also strong support for devolving some of the resources and capacity held by the IMF in crisis prevention to the regional banks: the ADB, the Inter-American Development Bank (IDB) and the African Development Bank (AfDB) all established separate emergency liquidity facilities designed for crisis periods. This expands access to credit for economies in the global south, and, while not an alternative, serves to loosen the monopoly of the IMF as a provider of emergency credit.

There is a need for broader reform of the global governance structure to address the need for what could be termed “good housekeeping:” to improve the capacity of regulatory institutions that enforce standards on IFIs, through their supervisory and monitoring roles. Having accountability organisations for IFIs would add resilience to the current system by mitigating problematic lending levels to low income countries (such as under-utilisation of the Short Term Credit Line) as well as debt sustainability issues.

Who will lead this reform? Domestic dysfunction in the United States today makes it an unlikely patron of global governance reforms. Meanwhile, though China’s rise and new initiatives demonstrate ambition, it is unclear if the many demands on its still developing domestic economy will enable it to become a supplier of global public goods.

Although the incremental reforms, highlighted above, illustrate a willingness to adapt on the part of existing institutions, reform must be accompanied by realigning established institutions that have the capacity to address future crises — such as the IMF — with new crisis management mechanisms that have the political legitimacy to respond.

Intergovernmental organisations such as the G20 have demonstrated decision-making capacity and are becoming more institutionalised through policy research and advisory roles in networks such as the T20 and the G20 Eminent Persons group (G20 EPG). However, there is still a disconnect between decision-makers and implementers.

One innovation would be to align the IMF board to the G20 membership, maintaining other board members as constituencies along with the G20 chairs. This would leave the position of large countries unchanged while enlarging the influence of middle powers. For example, Turkey, South Korea and Australia would all benefit in this scenario, through greater ownership as stakeholders in IMF institutions, rather than just as recipients. While this strengthens the voice of middle powers, it comes at the cost of smaller European countries, and still neglects the developing economies in Africa and the Middle East, who remain the primary customers of the institution.* As the global financial architecture evolves and gradually reforms, the question of how to address the needs and representation of small and developing countries will remain a perpetual challenge.

Yunnan Chen is a PhD Candidate in International Development at Johns Hopkins University School of Advanced International Studies (SAIS). Her research concerns the political economy of China’s overseas development finance, focusing on China’s infrastructure finance in African economies. She is a researcher at the Johns Hopkins SAIS China-Africa Research Initiative and has conducted fieldwork projects in Ethiopia, Nigeria, Cameroon and Madagascar. She is a former research officer at the Institute of Development Studies, Sussex, and at Chinadialogue, London.

Cinnamon Dornsife is currently Senior Advisor of the International Development Program and Senior Fellow at the Foreign Policy Institute at Johns Hopkins University School of Advanced International Studies (SAIS). At Johns Hopkins SAIS, Professor Dornsife teaches courses on the international financial institutions and social entrepreneurship. She is former U.S. Ambassador to the Asian Development Bank (ADB) serving on the Board of Directors for eight years, and on the Advisory Council of the ADB Institute for ten years. She spent more than a decade serving the Asia Foundation in several senior positions at headquarters, heading the Washington, DC office and in the field office in Indonesia.

The authors are grateful to the participants in the September 2017 think forum “The Future of Global Governance” convened by the Foreign Policy Institute and chaired by Cinnamon Dornsife at the Johns Hopkins School of Advanced International Studies. We are particularly appreciative of the efforts of Carla Freeman, Gregory Chin and John Lipsky for their contributions to and feedback on this piece, though the views reflected here are ours alone.

*Aligning the G20 chairs with the IMF board would displace some of the smaller European countries such as Spain and the Netherlands, however the position of large countries (United Kingdom, United States, China, Germany, France, Russian Federation) would be consistent in both bodies.