Peacekeeping in Nagorno-Karabakh: Will the Scandinavians Contribute? 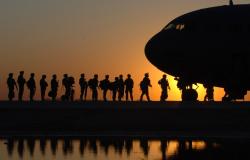 While a degree of calm has returned to the Nagorno-Karabakh region, the prospect for a comprehensive peace agreement between Armenia and Azerbaijan remains slim. Therefore, the future shape and size of the peacekeeping mission is likely to be a contentious issue in the coming months. Although not a cause for jubilation, Washington’s call on the Scandinavian nations to contribute will not go fully unanswered.

As the Russian brokered ceasefire between Armenia and Azerbaijan gradually brings a small, yet welcomed, degree of clam to the region, the future shape and size of the peacekeeping mission will prove to be a contentious issue in the months ahead.

For one, the November 9 deal, which has already proved unpopular in Armenia, was only for Nagorno-Karabakh. Much more needs to be done to bring the two countries into a peace agreement thereby ensuring that there will not be a resumption of fighting down the line. At the same time, neither Russia nor Turkey have the expertise and/or resources to address the dizzying list of issues that are essential for there to be a chance of lasting peace. Hence, there still remains a strong need for American and European involvement in, and contribution to, the current efforts.

However, it is safe to assume that any potential contribution from the US will be conditional upon a reformation of the current peacekeeping mission with replacement of some of the Russian and Turkish soldiers with European ones. The problem for the United States is that its preferred contributors are not too keen to contribute.

Speaking at a press conference in late October, the US national security adviser rejected a role for Turkish and all the Minsk Group co-chair countries troops as peacekeepers. Instead, he put Scandinavian states in the spotlight by declaring that forces from the four Nordic states should constitute the bulk of any future peacekeeping mission. Not only do these countries have extensive experience in conducting peacekeeping missions in ethnically charged conflicts, Finland and Sweden’s non-aligned status could, hypothetically at least, deflect accusations of bias by local actors and their patrons and hence increase the overall success rate of their mission.

Although Mr. O’Brian claims that the US government has already started working with its Nordic counterparts to draw up plans for an eventual deployment, officials from these countries have kept rather mum. In contrast to the total silence of the Danish, Finnish, and Norwegian officials, the Swedish Ministry of Foreign Affairs has issued a written statement claiming that it has not received any formal request for such a mission. This ought not to be surprising. As a persistent legacy of the Cold War, and notwithstanding their highly transparent political systems, Nordic decision making on defence and security issues is a highly opaque process; one that is largely confined to behind the door expert deliberations.

More importantly, the quartet’s unenthusiastic response is due to their own concerns with the short and long term consequences of such undertaking. Given the steady deterioration of security in the Baltic region, all the four states have sought to reduce their overseas missions and instead concentrate the bulk of their resources at, or close to, home. Thanks to Russia’s aggressive behaviour, including regular violations of their airspace and relentless misinformation campaigns, Nordic governments have sought to revitalise and expand their armed forces while, simultaneously, increasing their own defence and security cooperation. Needless to say, expansion takes time and thus the short-term priority is to have the vast majority of their troops inside their territories.

As the main supporter of Armenia, moreover, Moscow has a direct stake in the conflict’s trajectory and any future peace agreement. Unlike the Balkan war of the 1990s, when Moscow was weak and thus easily marginalised, Russia today has the will and the resources to stand up for its own, and those of its partners/clients’, interests. In fact, assertive posturing abroad has become a key ploy in Mr. Putin’s efforts to maintain his grip on power domestically. By stationing their troops in Nagorno-Karabakh, thus, these states risk increasing the prospect of an eventuality which they are doing their utmost to avoid: coming into a direct or indirect clash with Russia or its backed groups.

With regards to Sweden, finally, its engagement in a peace keeping mission could have domestic repercussions for an already weak Social Democrat led government. By and large, foreign born and naturalised individuals tend to vote for Social Democrats and thus not only could Stockholm’s presence aggravate the already tense relations between Armenian and Azerbaijani communities but it could also cost the Social Democrats their, and the influential Turkish community’s, votes.

More importantly perhaps, its involvement could have a Balkanisation effect in that it could lead to a spike of immigrants from the region into Sweden. In the view of the current widespread anti-immigration sentiments in the country, such a prospect would most likely translate into a resounding defeat for Social Democrats at the next elections.

Should push come to shove and Washington insists on their participation, these states will abide. After all, they have traditionally seen a direct link between their involvement in the UN, NATO, and EU mandated peacekeeping missions and their own increased security. Their contributions both strengthen their security ties with major western powers and enhance their image on the world stage. Their problem today, therefore, is not one of will but one of resources. Put differently, they will contribute if they must but doing so will be seen as an annoyance that they would have rather lived without.

Nima Khorrami is a Research Associate at The Arctic Institute.