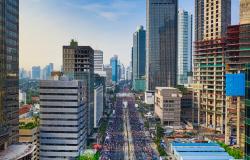 The 17th Group of 20 (G20) Heads of State and Government Summit is currently taking place. Tom Chodor, reporting from Bali, argues that with  little prospect for major breakthroughs on the global economy, the G20 is instead becoming a space for bilateral meetings.

International Media Centre – G20 Bali, Indonesia The G20 Summit in Indonesia concluded with a lengthy communique which reiterated the group’s commitment to a number of initiatives, many reheated from previous years and lacking concrete measures. So far, so similar to previous summits.

However, an interesting difference this time around is that the G20 Presidency was held by Indonesia, regarded as one of the rising powers from the Global South, poised to play a more leading role in the global economy and the international system.

Of course, Southern countries have held the presidency before, including Mexico in 2012 and Argentina in 2018, and most importantly, China in 2016. Yet Indonesia is more firmly in the ‘rising power’ and ‘emerging economy’ camp, given its young, large and growing population, regional clout and dynamic economy. Moreover, it’s not alone, with the next three years seeing the G20 presidency in the hands of India, Brazil and South Africa.

This raises the question: what is global summitry like under the stewardship of the South? Do developing countries do it differently when hosting international summits?

To some extent, there are plenty of continuities.

The Indonesian summit, like most of its predecessors, was located in an exclusive enclave within Bali, socially distant from the community around it, and with a number of symbolic events like tree plantings and family photos now part and parcel of global summitry, seemingly existing primarily for the amusement of the media.

Likewise, the Indonesian presidency, like all those before it, had its own priorities: improving the global health architecture, digital transformations and the sustainable energy transition, grouped under the slogan “Recover Together, Recover Stronger.”

These usually reflect the pet projects of the presiding governments, and typically disappear from memory as soon as the show moves on. Few would remember, for example, that the Australian Presidency committed the world to raising global economic growth by 2%, or launching the Global Infrastructure Initiative, which seems to exist largely on the foreign ministry’s website.

So, in a sense, summits hosted by rising powers follow a well-worn path.

But, there’s also differences, which tell us something about the hosts and the broader global economy and international system in which they exist.

Firstly, hosting the G20 is obviously a status symbol for a rising power, a recognition of their ‘graduation’ to the top echelon of global governance. For countries with still-fresh memories of colonialism and marginalisation, this is a big deal, and they make the most of it. Coupled with the tree plantings, there’s a plethora of activities, side-events, initiatives and plenaries, often implemented by new working groups. This year’s G20 included 267 events, and India has already committed to over 200 for next year, a number likely to grow.

This frantic activity represents an attempt to show off diplomatic capacity, while also adding previously neglected issues to the agenda. This clutters the agenda, but also makes it more reflective of the interests of the broader international community, rather than just the North.

Secondly, the buy-in from the international business community seems to be stronger. This year’s B20 summit was huge, and drew in a star-studded cast of speakers, including Jeff Bezos and Jeffrey Sachs.

This makes sense considering the basis for rising power clout is their economic potential, as the economic centre of gravity shifts South. After all, the concept of the BRICs was coined by Goldman Sachs, drawing attention to the investment opportunities that would emerge as developing countries grew faster than the North.

While the sheen has gone off of some emerging economies – Brazil for example has been in crisis for a decade now – the overall picture is still more favourable as the North continues to stagnate. In this context, it’s not surprising that international business wants in.

The final distinction lies in the different geopolitical commitments of rising powers as the worlds heads towards a new Cold War between the US and China, and/or Russia. With long and negative memories of the original, most developing countries want little to do with the sequel.

This was clearly on show in Indonesia. Despite Western demands to exclude Russia over its invasion of Ukraine, Jokowi delivered the invitation to the summit to Putin himself, as he did with the other leaders. This was partially due to the nature of the G20, which has no mechanisms for excluding members. But it also stems from a desire to not get drawn into an anti-Russia campaign, and to push for dialogue between the two sides to end the conflict.

Just like the original non-alignment, this should not be considered as a pro-Russian stance; Jokowi was very clear that the war is a violation of the UN Charter, and critical of its high costs for the global economy and developing countries. But this non-alignment also aims to reduce the tensions between the two sides and find a way to preserve the autonomy of developing states. With future confrontations likely to come, organisations like the G20 under rising power stewardship might end up playing such conciliatory roles more often.

In short, as we enter a more multipolar and uncertain world, rising powers will continue to try to uphold the centrality of global governance institutions which allow them to show off their status, attract investment and preserve autonomy. That will be much more valuable than any trees they end up planting.