The Aloofness of Pax Sinica 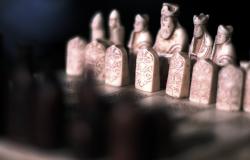 “When China Rules the World” (no question mark or conditional tense) by Martin Jacques is a large, somewhat repetitive, volume of 700 pages that tries to answer a number of questions that many people in the world are asking themselves: Will China’s growth continue? Will China become a multi-party democracy? And what might Pax Sinica look like?

On the first question, Jacques entertains no doubt: China will successfully move (actually, it is already moving; the edition of the book that I read was published In 2012) to high value-added and high tech production and growth will, for the foreseeable future, remain high.

On the second question, Jacques is more circumspect: China might become a multi-party democracy but it is likely, if Communist Party manages to control the process, to look like a cross between Singapore, a de facto single-party state, and Japan where factional struggles within Liberal Party often matter more than inter-party politics.

He is scathing of the view, often heard in the West, that higher education levels and higher incomes will, quasi-automatically, lead to demands for democracy. (Although he allows that in twenty years “and likely more” Chinese Communist Party will no longer be ruling.) Jacques believes that China, because of Confucian tradition of “virtuous” government that puts the emphasis on quality of governance and not on the way the rulers are selected, is different. Perhaps he is right…or perhaps not : nobody can tell. Here Jacques’ book also illustrates the hazards of prediction. It was written when Bo Xilai was still a contender for supreme power and before Xi Jinping took office and began implementing his “turn of the screw”. I have little doubt that today Jacques would be more sanguine about durability of CCP rule.

I would like to focus on the third question where I believe Jacques brings most interesting reflections. How would China’s rise affect the international political order? Two long-term factors (discussed in chapters 7 and 8) play the most important role there, First, Jacques’ argument that China is not a nation-state but a civilization-state that sees itself as a fulcrum of Asia (and by extension of the world). It is at ease with “tributary relations” that leave to the dominated party full freedom in domestic affairs and considerable freedom in foreign policy. The second important element is a deeply ingrained racism or inability to comprehend “the other” which (as I will argue below) may be linked or might underlie the rather benevolent approach to international relations.

The “tributary” approach is contrasted with the current Western-based theory of international relations that is built on the concept of the nation-state. This difference between the West and China is, in Jacques’ opinion, a lens through which we should look at the type of the international system that China might build. But the difference may be less than it seems. The two recent global hegemons, UK and the United States, also had a somewhat similar approach to international relations. UK ruled half of the world using a very flexible system spanning everything, from almost fully independent nations like Australia and Canada, to protectorates and colonies. Many US allies were (and are) similar to protectorates. Italy or South Korea could more or less do whatever they wanted in domestic policy (short of bringing Communists to power) but very little in foreign policy. So under the recent hegemons, countries were neither fully equal as the theory would have it, nor were the allies of the hegemon obliged to blindly align all their policies. It then becomes less clear where Chinese concept of flexible or “tributary rule” differs from the one used by the Western powers in the past 150 years.

However, perhaps because of China’s lack of interest in “others” and its complex of superiority, Pax Sinica may be more peaceful. This is indeed a possibility (one of the four Jacques considers in Chapter 11). If we look at it empirically, in the past half-century China has been involved in only one foreign military adventure (a war against Vietnam) and several very limited border skirmishes. Other hegemons, USSR and USA were much more belligerent: USSR has invaded Czechoslovakia and Afghanistan while US has invaded or attacked Vietnam, Dominican Republic, Panama, Lebanon, Afghanistan, Serbia, Iraq and Libya, in addition to overthrowing a number of unfriendly governments. So China has, up to now, been, on the international stage, a peaceful country. Chinese pacifism might have deeper roots: as Jacques writes, Chinese are fond of drawing a contrast between exploratory and friendly mission of Zheng He and rapacious slave-grabbing European conquests.

But was China peaceful because it was weak and in Deng Xiaoping words needed international peace and domestic stability for at least one hundred years and thus had “to hide its strength, and bide its time”? Would a dominant China do “regime-changes”? Although Jacques does not pose the question directly, his view is that it would not because it does not care to export its model.

This is where the ingrained sense of superiority comes in. If you believe that others are fundamentally different (and inferior) you also may not care under what governments they live, so long as these regimes accept your suzerainty and do not pose a threat to you. Thus China’s sense of superiority translates into aloofness, and perhaps paradoxically, may imply a relatively peaceful rule.

Whether this will happen or not—and even whether China will become a global hegemon—is everybody’s guess. (I am certainly less convinced of that than Jacques.) But one thing, Jacques writes, is certain: “The emergence of China as a global power relativizes everything. The West is habituated to the idea that the world is its world; that the international community isits community, that international institutions are itsinstitutions….that universal values are its values…This will no longer be the case”.