People want Privacy. Big Tech should Give it to Them - For a Price 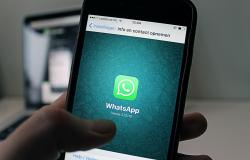 Jamal Ahmed offers up a simple solution for tech companies' users worried about their privacy.

Whatsapp probably didn’t expect a backlash when it announced an update to its data sharing policy last week. But a backlash is what it got, with a flurry of tech-savvy privacy-focussed virtue signalling and a mass exodus to competitors.

Whatsapp still uses end to end encryption and didn’t significantly change its privacy per se. What the popular outrage tells us is that more and more people care deeply about their privacy and want everyone to know that - even if they do not particularly understand it and have no specific need for military grade encryption in their lives. BIg Tech should adapt to this consumer trend and charge a premium for super-private services. If privacy is becoming the latest luxury fad, it is only right that they provide it - at a price.

Whatsapp, which prides on industry-leading end-to-end encryption, have told users that “We may use the information we receive from them, and they may use the information we share with them, to help operate, provide, improve, understand, customize, support, and market our Services and their offerings.” This bland statement led Elon Musk to tweet “Use Signal,” sparking a 438% surge in an unrelated stock’s price.

The irrationality of buying an unrelated stock’s shares was mirrored in the hysterical barrage of angry memes and tweets that have circulated.

Whatsapp’s announcement has little to no implications for its users; the user experience or privacy implications will not change just because Whatsapp will share user’s phone numbers with Facebook. The effects will not impact European citizens, including Brits, where Facebook is not legally allowed to import any data from Whatsapp. The widespread claims that Whatsapp will now have access to your messages, location, shared files and calls are all demonstrably false.

If nothing has changed, then why the uproar? The answer is that people simply do not trust Big tech with their data, and this distrust could be described as a tech-savvy form of virtue signalling.

Facebook in particular has a poor track record of communicating their data sharing habits with the public. A privacy and security study found that in America, 86% of adults said they are "very concerned" about how Facebook and Google use their personal information.

Although distrust is so prevalent, virtually every American interacts with Facebook, whether on Whatsapp, Facebook or Instagram, on a daily basis. Aside from the theatrics on social media, in the end, convenience is king.

At the same time, Big Tech needs to recognise that privacy in the digital sphere is becoming a desirable luxury product - a product they should offer . Perhaps we want our friends to believe our private lives and work projects are so interesting as to be jealously guarded.

This creates a huge opportunity for Big Tech. Currently, if you really want to secure your online privacy and security, you have to wade through a seemingly infinite array of blockers and VPN’s.

As users leave Whatsapp, they will head to other encrypted messaging services with fewer employees and a less robust digital infrastructure. Services which may be less secure, since there is now a huge target sign over the heads of these companies in the minds of the world’s hackers. Signal has rocketed to the top of the Apple’s download store, but also to the top of every hackers hit-list.

In response, Big Tech bosses could argue the following: If you really want your messages to be secure, it would make sense to trust us, one of the biggest companies in the world. We have the most revenue to employ the best data scientists and encryption coders, and can implement the most robust digital infrastructure. Jumping from Whatsapp to Signal is like jumping from a military-grade warship to a rickety canoe because someone told you there was a leak in the bottom floor.

Facebook and Whatsapp need to level with their customers: There is no point going to smaller competitors, some of which may be regulated by authoritarian governments (Telegram is Russian owned).

Big Tech should simply offer a premium ‘private’ service to customers who are willing to pay a little extra for the benefit of ‘private’ social media browsing and messaging (similar to paying for a newspaper subscription in return for not seeing ads).

This would put the onus on the user, and not the platform, to take control of their own privacy. I, like many privacy professionals, believe that privacy is a right not a privilege. But having a clearly branded and status-inducing ‘private’ messaging account is a product, and one that more people than we perhaps realised might be happy to pay for with their dollars rather than their privacy.

Photo by Anton from Pexels