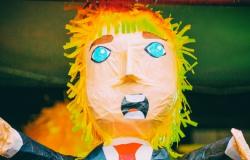 Karl T. Muth explains WTL vs. proportional systems, and why “The Donald” will likely succeed in what is predominantly a winner-take-all system.

Watching the American primary race from across the Atlantic (or at least hearing snippets of Donald Trump), it’s understandable if one is confused by this contest at the limine of the Presidential race. Because the parties, rather than the Constitution, dictate this stage of the process, the parties are allowed to – and do – have different rules. While the differences are significant in number and effect, the one most often talked about – yet rarely discussed – is that Republicans tend to have winner-take-all contests (there are exceptions geographically and historically) while Democrats tend to allocate delegates proportionally to the candidates’ success among primary voters.

This difference is not without equal in Europe. Prior to mandatory voting, jurisdictions in Belgium adopted winner-take-all rules. Meanwhile, inclusionary efforts in the former DDR (East Germany) have emphasized proportional representation. Eastern Europe’s sudden late-nineties democratization led to a plurality of systems, and both proportional and winner-take-all systems endure at various levels of government. And many questions of corporate governance, shareholder activism, proxy warfare, and so forth come down to voting – as someone who teaches economics and organizational behavior as well as public policy, I’m always surprised how much voting is talked about in the first two subject areas (nearly as much as in the latter area).

Most of the arguments, however, are behavioral and theoretical rather than empirical and historical, despite a wealth of data on elections and outcomes and participation. One theory is that winner-take-all scenarios boost voter turnout and that high turnout is good for democracy.

To examine (but not test) this theory, let’s look at the contests in Florida and Illinois (where Chicago is located) last week. Both are major states. Both held primaries for both major parties.

There is no question Trump won Florida and Clinton won Illinois, but the results were very different. Trump won only 45% of the vote in Florida, but was allowed to claim all 99 of its Republican delegates. Meanwhile, though Clinton won Illinois with 50.5% of votes cast as of this writing (17 March) (a simple majority, though votes are still being counted), she and her main competitor, Senator Sanders, were each awarded 68 delegates from Illinois, reflecting the near-tie in that state.

So, which system is better? Let’s go back to those arguments in favor of winner-take-all systems of voting as a way to spur voter turnout.

The idea here, among political scientists and cognitive psychologists, is that voters in close elections are less likely to vote in proportional systems and more likely to vote in winner-take-all systems. To visualize the difference, let’s imagine an election that decides the allocation of seats among parties in a hypothetical ten-seat parliament. The jurisdiction voting has two parties, blue and red, 202 eligible voters, and 50% voter turnout, with 101 voters in total. Susie Derkins votes for the blue party and becomes the 51st voter for that party. Under a winner-take-all system, Susie’s singular vote gives control of the entire parliament to the blue party – the supernormal power of this marginal voter, some argue, entices people to vote in winner-take-all systems in close elections. Meanwhile, in a proportional system with reasonable rounding rules, the jurisdiction’s parliament would be deadlocked at 5-5 whether Susie voted red, voted blue, or died on her way to the ballot box.

In truth, of course, people realise that there is a better chance of winning the lottery than there is of being Susie Derkins in the above hypothetical. The marginal decisive voter is almost unimaginably improbable and empirically rare; the odds that people head to the polls thinking, “I am in a winner-take-all system and I have a chance of being the marginal voter,” while non-zero, are low. In Illinois, nearly two million people voted – the chance of being the marginal voter is one in two million multiplied by the probability of the presidential primary in a major state being decided by a single vote (the product of this calculation is likely one in trillions).

In close elections, I suggest both systems drive turnout with roughly equal success, though proportional systems may have the (unintended) side effect of encouraging minor party participation, or participation by candidates that are unlikely to win an outright majority but likely to capture a portion of the popular vote large enough to confer some degree of representation; this is in line with the style of campaigning of Continental European left-wing “environmentalist” or “green” parties and regional right-wing populist parties like UKIP in the United Kingdom and Alternative für Deutschland in Germany. Donald Trump’s supporters arguably fit into a similar narrative to UKIP’s ascent, with angry, white, male, allegedly-disenfranchised voters being at the center of the narrative.

And so it is doubly surprising – and impressive – “The Donald” has built niche support into a broader base quickly enough to succeed in what is predominantly a winner-take-all system.

Note: Fans of the Calvin and Hobbes newspaper comic will recognize Susie Derkins as a smart, ambitious young woman in that same comic strip who hopes to someday have an influence in law or politics. Hopefully, Susie, this blog is part of your fifteen minutes of fame in the political realm.