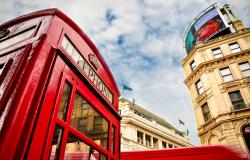 Britain has an ignoble history of exploiting Caribbean people when they were ‘useful’, then casting them aside as insufficiently ‘British’ when they were not.

Recent reports of the current Home Office crackdown on Commonwealth elders come as a horrifying surprise, but they tell of a history we have not faced. How did we get here?

The history begins in 1795 with the West India Regiment (WIR). The British army recruited from the Caribbean colonies to help fight for the British Empire’s interests. Recruiting from the Caribbean was economically resourceful for the empire since around 90 per cent of white troops who died when stationed in the area, did so from disease.

By the turn of the 20th century, the British Empire routinely recruited from colonies to assist in its wars. The British Army created a second infantry, the British West Indies Regiment (BWIR), to help support British interests in the First World War. It used the WIR to fight West and East African campaigns.

Alongside the West Indian regiments, Black British soldiers also served in the army as early as World War One. Walter Tull is perhaps one of the greatest forgotten legends. Born to a Barbadian carpenter, Tull went on to have an outstanding career in football, playing for Tottenham Hotspur and Northampton Town before becoming a well-respected military sergeant.

Tull died in battle, but to this day, Tull has not been awarded any posthumous honour for his military efforts.

As Phil Vasili writes: “According to The Manual of Military Law, Black soldiers of any rank were not desirable. During the First World War, military chiefs of staff, with government approval, argued that White soldiers would not accept orders issued by men of colour and on no account should Black soldiers serve on the front line."

The British Army was reluctant to award outstanding service to anyone who did not fit the archetype of a ‘British patriot’. Nor are black soldiers remembered when the curriculum is taught in school. So we have historical inaccuracy, rather than empowering representation.

Fast-forward to the Second World War, and the British Empire required assistance from the colonies, including an approximate 10,000 soldiers from the Caribbean.

Post war, Grant went on to flourish in the arts (both a poet and writer) and entertainment world. Although a qualified barrister, Grant received few job opportunities due to his race.

Grant’s experience was common amongst Caribbean veterans. Many of those who settled in Britain after fighting for the empire’s interest could only achieve prosperous acclaim as musicians and actors. – like Allan Wilmot, who went on to achieve national acclaim as part of Soulful Southlanders.

It’s the same kind of assimilation that persists today. Namely, that it’s okay to be black and entertaining, but to have a job that carries institutional prestige – not so much. The unease and fear of the other is the epitome of xenophobic attitudes in Britain, previously a mother country with global colonies amassing a quarter of the earth’s land.

The Windrush generation – and government negligence

After the devastating effects of war, Britain was looking to rebuild its workforce, and offered work permits to colonies (and allies) in hopes of rebuilding the economy. The arrival of Empire Windrush at Tilbury Dock in 1948, carrying former servicemen and others interested in work opportunities, marked the beginnings of significant migration of Caribbean commonwealth citizens. Later that same year, the 1948 British Nationality Act passed, taking effect at the beginning of 1949.

Migration status was not a significant issue for Commonwealth citizens until recent years, where it has become a crucially important requirement for accessing a range of services. And since many migrated with their families as children, some were unaware of their status.

The fact that Britain passed the Nationality act in the same year as Windrush shows that government can make adequate provisions promptly when it wants to. In this context, the long-standing failure to alert people settled here of the impact of policy changes, paired with the scrutiny of deportation threats decades later, becomes nothing short of government negligence.

The far right retaliated and social tensions mounted, particularly after Enoch Powell’s infamous ‘Rivers of Blood’ speech in 1968. Fearmongering incited racial violence and assimilation was made more difficult for the diaspora.

Culture became a way for the Caribbean diaspora to express their authentic identities. They introduced a new culture into Britain, notably a pioneering sound system culture with genres spanning from Jamaican reggae and Trinidadian calypso, which would later transform to ska, jungle, drum and bass, garage, grime and beyond.

But it seems that all cultural and economic contributions are nullified on the basis that diasporans are regarded as one foot in, one foot out. Even with British citizenship, there is a refusal at the core – could a non-white-British ethnicity ever truly become authentically British?

This alienation is not benign. The effects seep deeper than the quiet suffering of diaspora. The invisibility of alienation suggests a dismissive social-political climate, one in which does not seek to understand the perspectives of diaspora.

As a consequence politicians make decisions that harm diasporic welfare, and diasporans feel like they’re moved around much like cattle. For some, their ambivalent legal status becomes a humiliating fear.

Which leads us to today – a Home Office crackdown, with Theresa May, previously as home secretary, proposing a “hostile environment” for all illegal immigrants.

Currently there seems to be a specific target in this crackdown – older Commonwealth citizens who have uncertain status, reprehensible since they are the most vulnerable, reaching retirement where they need access to healthcare and pensions.

These rights have been stripped as well as their sense of Britishness.

Paulette Wilson, who migrated in 1986 from Jamaica aged 10, is one of few who won leave to remain in January of this year. However she has yet to receive a formal apology and still suffers the traumas of her time spent at Yarl’s Wood detention centre.

The Home Office is also requiring Elwaldo Romeo, who moved to Britain aged 4 from Antigua, to report to Home Office premises on a fortnightly basis. Such cases are not uncommon.

All it took was for a Barbadian passport with a right to remain sticker on it to be stolen for Judy Griffith, a hospital care worker, to face the threat of deportation.

Albert Thompson, is denied treatment in the UK and is asked to pay £54,000 for cancer treatment despite contributing taxes for over three decades.

This scrutiny, the requirement of those who arrived here young to find paperwork they never needed before, is antagonistic mistreatment. It’s hard to prove entitlement – particularly if you’ve already been stripped of rights including entitlement to work or claim benefits.

Using legal aid proves difficult, as in the case of Hubert Howard. Sarah O’Connor asks, “How can I get legal advice without money?”

The darker side of border control

Until recently – with reports from Channel 4 and the Guardian’s Amelia Gentleman – there’s been shockingly little attention paid to this matter in the national media.

This is the darker side of border control.

The reports show that there are many questionable variables involved, such as selecting vulnerable targets who do not possess required documentation, in a system that now requires meticulous proof.

The odds are strategically placed against them, as Home Office exploits a grey area.

Whilst the Immigration Act 1971 may offer salvation for some, the process highlights a larger dilemma.

Borders are inherently a racial problem, and a marker of a society that is yet to understand the lives of the diverse population it governs.

The future of these cases remains ambiguous. The official parliament petitionhas exceeded 100,000 signatures and is currently awaiting government response. However No 10 initially refused a request to discuss this issue with Caribbean diplomats, reversing the decision only after a passionate speech made by MP David Lammy.

And in the meantime, Home Office continues to make troublesome decisions. The current Home Secretary, Amber Rudd, has repeatedly ignored orders from the high court regarding immigration cases, such as in the case of Samim Bigzad.

Such issues raise legitimate questions about whether Britain is really geared towards an ethical future, one which serves the public good.

Because right now it looks like this is a system that does not work in favour of a Commonwealth citizen, but at their expense.

Sara El-Harrak is a journalist and radio producer.

Precarity, Mobility and the City: Introduction to the Special Issue