Mass Surveillance in the Post-Covid-19 World: A Test for the United Nations 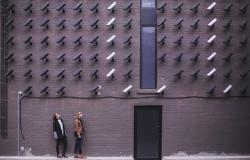 Moussa Sangare points out reasons why mass surveillance by the State may become the norm in a post-Covid-19 world. He also argues that close cooperation between the European Union and civil society will be central to the success of the UN’s efforts to fight for human rights and privacy in the digital age.

New diseases emerge and spread rapidly because of the hypoconnectivity of our modern world. The potential risks of such diseases to become epidemics or pandemics put States on alert and often make the adoption of emergency measures inevitable. This was the case with the Covid-19 outbreak in the first quarter of 2020. States around the world have labelled it a security threat and consequently adopted various emergency measures such as mass lockdowns, mass testing and, in some countries, mass surveillance.

Internationally, the Post-Covid-19 crisis will shape inter-state relations and potentially reverse trends such as globalization as we know it. Within States it may potentially result in major policy changes to prevent and mitigate future crises and mass surveillance may become a standard for threat prevention and management. The central questions raised here are: what would be the potential reasons for States to adopt or continue mass surveillance activities after the Covid-19 crisis? How can the United Nations’ efforts to fight against mass surveillance succeed?

On January 2020, President Xi Jinping ordered ‘resolute efforts to curb the spread of the novel coronavirus’ and emphasized ‘putting people's safety and health as the top priority.’ Xi’s words turned the novel coronavirus into a security threat to people’s safety and health, consequently requiring the adoption of emergency responses. Chinese authorities restricted the freedom of movement for millions of people in Wuhan and other cities. Since mass surveillance is a feature of the Communist Party of China’s rule, Chinese authorities have used new technologies for contact tracing. Through a health QR Code developed by Alipay – the payment branch of Ababa Group – Chinese authorities monitor people’s movement in order to quickly identify potential carriers of the virus.

Drivers must scan QR codes in order to have access to the city. Source: NewScientist.

An example of the QR code developed by Alipay for Zhejiang Province.

Technology-related solutions and other extraordinary measures have also seduced some non-western democratic countries. Israeli authorities, for instance, monitor people’s movements by geolocating their cell phones. In Singapore and parts of India, surveillance technologies are being used to monitor people’s movements to fight the pandemic. Russia installs surveillance cameras to ensure that those under quarantine stay off the streets. Three arguments can help to explain why States will potentially adopt or continue these activities after the Covid-19 outbreak.

First, coronavirus caught the world unprepared and there are risks of epidemic or pandemic outbreaks in the future. Casadevall argues that new types of infectious diseases may arise due to climate change or existing diseases will adapt to higher temperatures. To confront these changes, States require preparedness and plans for effective emergency management. Since the security and safety of people is an important legitimator in democratic and non-democratic political systems, leaders will sometimes strive to achieve them at any cost. The post-9/11 events in the United States illustrate that point. The terrorist attacks caught the United States unprepared and the fear of similar events justified the use of controversial mass surveillance activities by authorities.

Secondly, post-crisis public debates in democratic countries will assess the performance of the elected representatives and hold them to account. Such public debates will often blame friction between political factions as they vie for power, and voters may assess the performance of the elites and punish them for performing poorly. Such a scenario can potentially force elites to secretly adopt extreme measures to ensure their credibility and good performance in the management of future crises. One can notice that, despite controversies, leaders around the world already praise their own efforts in effectively managing the virus.

Thirdly, Feldstein argues that AI surveillance is used in many liberal democracies for tasks like safe city platforms and facial recognition. He further suggests that the deployment of such technologies does not mean that liberal democracies are abusing them. But if surveillance infrastructures already exist in many States, how do we know that they are not used for contact tracing or other forms of surveillance activities? Moreover, if introducing mass surveillance will ensure early identifications and contain future outbreaks, people may prefer such a solution to the increasingly unpopular mass lockdowns.

Against this backdrop, the question to be raised is how do we ensure the protection of the human right to privacy against State surveillance? A simple answer would be through the United Nations (UN) framework, although tangible results may be difficult to achieve.

Since Snowden’s whistleblowing in 2013, the UN has issued a set of resolutions expressing concerns over mass surveillance activities in the digital age and urged States to protect human rights to privacy and comply with their obligations under various treaties. The UN has also called upon States to “review their procedures, practices and legislation regarding the surveillance of communications, their interception and the collection of personal data, including mass surveillance.” But States are sovereign and independent actors and the UN has no enforcement capacity of its own.

Nevertheless, the UN can lead the discussion among sovereign States by encouraging them to share best practices during crisis management that did not involve mass surveillance. It should also engage with sovereign States on the development of non-surveillance related solutions for the prevention and management of future crises.

But such a solution will face several challenges to its success. First, the success of the UN’s efforts requires the leadership and the support of key international players like the United States, the UK and China. Unfortunately, United States has carried out mass surveillance activities since the 9/11 events and competes with Japan and China to sell surveillance equipment to the rest of the world. Secondly, new developments in international relations reveal the retreat of the United States from its global leadership position which is allowing China to step up and fill in the gap. China stands ready to export its high-end surveillance equipment to the rest of the world, often encouraging States through soft loans. Chinese surveillance model can potentially seduce semi-democratic and authoritarian States around the world and make the UN’s fight for privacy against State surveillance difficult to succeed.

To address these challenges, the United Nations should particularly urge the European Union (EU) to set the tone and take the lead by implementing supranational laws to protect human rights to privacy against State surveillance. The European Union has a strong commitment to human rights, the rule of law and democracy which are its founding values. So far, the EU has set the tone with its new privacy law (General Data Protection Regulation) which ensures that users understand and consent to data collected about them. The new regulation is an important step in the global effort to protect human rights to privacy in a digital age but its scope stretches to non-state actors who handle private data. It made tech giants like Google and Facebook harmonize their overall data protection policies by bringing them under EU legislation. But when it comes to protecting the people against mass surveillance, much more needs to be done. A legislation on mass surveillance will particularly target sovereign States. For that to succeed, a bottom-up approach will be needed. The civil society, especially human rights movements and lobby groups will need to work with representatives and governments to ensure that their privacy is protected against State surveillance. It will also require the establishment of domestic independent oversight mechanisms to ensure States’ compliance. Civil society can work closely with the UN and share information and best practices.

In a nutshell, the post-Covid-19 mass surveillance will test the ability of the UN and well-established intergovernmental organizations such as the European Union to ensure the protection of human rights to privacy against the State in the digital age. It is difficult to envisage active engagement of States in this endeavor because States are the main beneficiaries of surveillance activities. Civil society and human rights activists around the world may be central in the success of the UN’s fight for privacy in the digital age.