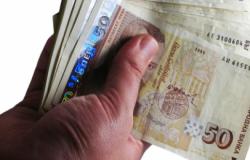 Morten Koch Andersen examines the relationship between corruption and torture and how the global reform movement needs to rethink policy and intervention, moving from compartmentalised generic technicalities to grounded political realities.

Corruption and torture have been addressed as separate domains of knowledge, generally as ‘bad’ governance or gross human rights violations. In literature, torture and corruption are explored as legal transgressions and institutional deficiencies belonging to radically different domains. Whereas torture is a violation of the individual by a dysfunctional state, corruption constitutes a transgression of the market and the functioning of the state.

However, from the viewpoint of everyday life, these practices cannot be reduced to either human rights transgressions or ‘bad’ governance. Torture and corruption are interrelated, often systematic, closely associated to state making processes and national political configurations.

In many countries, these practices are integral parts of social life that define state-citizen relations when people interact with state institutions. For example, if you come in contact with law enforcement agencies threats of violence and bodily harm are regularly used to force confessions and/or extort money from people and their families for release – often with more or less formalised state sanctioned impunity. Monetary transactions such as paying of bribes or the activation of resourceful networks, be it political or economic, are common and necessary to solve problems. So while people talk of torture and corruption as an evil, they engage in and condone shady and violent practices every day. Violence – realized or potential as a threat – and corruption can never be disconnected from the socio-economic order and mainstream politics.

As a newcomer to the field of corruption, having spent some ten years on human rights implementation, as a reformer and a researcher, I have found a set of similarities and differences between the two fields.

First of all, both fields closely intersect with international policy frames and institutions, especially the UN system. The International Covenant on Civil and Political Rights, the Convention Against Corruption and notably the Convention against Torture and Other Cruel, Inhuman or Degrading Treatment or Punishment are powerful frames and tools for policy developments, reform practices and resource allocation, framing the work we do and the ways we do our work.

Secondly, within both fields we work with dichotomies of action: victim/perpetrator and bribe giver/ bribe taker. In other words, we reduce processes of interactions and encounters to a singular moment – the event or the act where people exchange something, be it, material such as violence or money, or symbolic in the form of respect and status. Our insights are mainly on the receiving end of the exchange, the survivor or bribe taker.

These dichotomies are heuristic devices, not analytical categories or concepts. We utilise them to simplify complex situations but they do not exist in the lives of people – many people are both victim and perpetrator and bribe giver and bribe taker. Corruption and violence take different forms in different situations and the public perception of what constitutes moral and political transgressions differs over space and time.

Thirdly, literature on corruption and on human rights attempts to explore, document and understand clandestine, hidden and secretive practices, where the poor and voiceless suffer the most. They share the challenge of examining a phenomenon that inherently escapes public scrutiny. Literature on human rights violations and their effects on individuals, communities and states are more widespread, compared to the literature on corruption practices.

A possible reason could be that human rights involve a range of actors, locally and internationally, that exist to expose, identify, document and report on violations. Moreover the stories of state sanctioned violence are a more dramatic and powerful events to expose repression and malpractices as well as systematic and institutional failures, as compared to corrupt exchanges.

Furthermore, the field of human rights and torture prevention connects a range of disciplines and perspectives looking at the same phenomena – from political science, anthropology, psychiatry and public health to community psychology and so on. This has produced a somewhat disconnected but widespread literature. We have an abundance of case studies, life stories, and more or less anecdotal insights on social suffering, repressive political systems, failing institutions and socio-economic factors conditioning violence and poverty.

This plethora of insights form a comprehensive foundation of theoretical and conceptual developments on issues of identity, state making, coping and resilience, peace, transition and conflict management as well as justice and democracy. The list of buzz words is unending.

Few large scale population studies have been conducted on issues related to torture and suffering. This is mainly due to the fact that people rarely come forward and/or truthfully tell their stories of violent experiences, bodily harm and mental distress in short sessions of completing a questionnaire. Few comparative attempts across countries have been made and very few with any successful insights beyond commonsensical or shallow observations. The only thing we know is that torture has a detrimental effect on livelihood beyond the physical and psychological injury, and that inequality leads to social conflict.

In the field of corruption research, statistical analysis appears to be the preferred strategy for insight. Often based on generic global databases or perception studies, they fail to produce any relevant new perspectives on practices such as motivations for corrupt behavior, but tend to assess, diagnose and classify entire populations according to moral scales of good and bad performance.

Consequently, we can’t define particular causes or conditions conducive for either of the two ailments, only the effects and consequences. This has not restrained academics, policy makers and practitioners from designing, advocating and implementing rectifying institutional reforms and correcting practices within a good governance and rights paradigm. Nonetheless background analyses often embrace holistic approaches, including structural and systematic issues, as well as specific approaches to institutional deficiencies and lackings. The two main strategies for improvement are legal and institutional reform, and behavioral change.

The global reform movement attempts to improve state accountability, good governance and rule of law, tends to focus on naming-blaming-and-shaming strategies, through documentation and advocacy work, or concentrate on reform programs of institutions by amending laws and regulations and change practices by building local capacity though training. This means signing conventions, introducing law reform and institutional improvements such as a division of labour, responsibilities and oversight. This is followed by new procedures for recruitment, promotion, assignment etc. often combined with education of key staff such as police, judges, prosecutors, senior civil servants to induce behavioral change through the implantation of ‘new’ knowledge, mainly along the lines of international conventions and standards.

Cooperation with local authorities and institutions, based on integrated sectorial approaches are seen as crucial for success. Unwillingness of the government, targeted institutions and specific professionals, is the preferred concept used by reformers when things are not moving in the desired or projected direction. Lack of resources is the states and government’s answer to the same problem.

The people we target in our reform effort – judges, prosecutors, police, correction officers and civil bureaucracy –are often well aware of national and international law, good governance and human rights standards. They know corruption and violence are illegal and detrimental to state accountability and they do realize their practices are illegitimate and unlawful. More of the same, in the form of reform and training, will not change this fact. It will simply fuel the global community of professional reformers and trainers.

It is paradoxical that the change we are looking for and work to achieve is political, but our interventions and practices are technical and instrumental, often detached from the grounded political realities.

In the fields of corruption and human rights there is a growing recognition that this strategy has failed. Implementation is lacking or distorted. Successes are hard to identify, even in evaluations of country specific programmes and projects. Some research even suggests that the initiatives have underlined and promulgated the problems it was established to eradicate. After more than twenty years of attention and interventions, corruption and human rights violations appear to flourish, even in the countries that have been the target of reforms, despite some signs of improvements in rights practices. Kenya and Bangladesh are telling examples.

This tells us two things. First, bad governance, misuse of authority and human rights violations are not one singular entity, but interrelated social processes that impact every corner and level of society. This might appear commonsensical, especially for the people living under these conditions, but we, as the global community rarely act upon this knowledge and change our thinking and practices.

Second, because everyone living under these conditions depend on their networks across society and the state for safety, security and livelihood, it is difficult to expect real change from within these systems and institutions. Few dare to take the risk to act differently, despite all their knowledge, training and capacity due to a fear of losing what they have.

We all know political leadership is essential for social change, but the people that gain from corrupted systems, or societies outside a rule of law framework, are the rich and powerful, often politicians and business elites. Ironically, it is the same people that can afford to act differently, although it can have dire consequences. They have a choice, which the poor with fewer resources do not have. Social organisation and movements are not always on viable option or opportunity. A choice the bureaucracy and professionals do not pursue, because the likelihood of failure is almost guaranteed, when challenging the interests of the powerful. The persistence of disrupted systems relies on reiteration.

Somehow we miss the target when we disregard the fact that the majority of people are preoccupied with minimizing risks, solving problems and maintaining safety – not working for gains. Can we expect a police officer to stop torturing people or taking bribes through awareness and education, in a system where opportunities and rewards are secured through loyalty to the powerful elite?

Can we talk about rule of law and reform without addressing the political dynamics, which define the ways in which inequality and violence unfold? In other words, it is not a matter of the unwillingness of the state (who this is?) or incapability of individuals within the state, but a matter of absent political courage, aspiration and leadership to challenge this unwillingness, which people can trust.

Under the cloud of an expanding security agenda where governments increasingly limit the political space for civil society, the main challenge is not getting the technicalities right and compartmentalize thinking and practice but to address political leadership head on. Without addressing this issue, especially amongst the global reformers, we cannot expect substantial improvements on governance and human rights in the societies and the institutions we target.

Morten Koch Andersen, PhD. is Post Doc. Researcher at Dignity-Danish Institute Against Torture, Denmark. Currently he researches the relation between corruption and torture (CORTO), mainly in South Asia. In addition to research activities he has been program manager for Liberia, Sierra Leone and Libya.