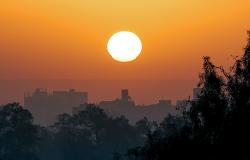 Maha Azzam argues that developed countries' quest to decarbonise puts the welfare of others' citizens and societies above notions of human rights or democracy.

COP 21 was a seminal moment in the attempts to combat climate change. It seemed in Paris that, at last, the entire world  had agreed on a pathway towards decarbonisation and halting global warming to 1.5 degrees above pre-industrial level (sadly, already it looks probable that we have missed that target and that the next red line we must make a stand on is 2 degrees).

Central to COP21 was the concept of Just Transition. This was the community of nations acknowledging that in the transition period certain sections of societies and certain countries, especially developing countries would bear the brunt of the human cost of transition although they had none of the benefit enjoyed by the developed world from Carbon generated wealth for the previous 200 years.

COP27 was meant to be a symbol of Just transition. A COP held in Africa to highlight the partnership with Africa and with developing nations and move forward from COP26 in Glasgow.

Except that it is, in fact, the exact opposite. I would argue that the point of Just Transition was not merely to allow for resilience for workers in Coal companies as they move away from coal or for citizens of oil dependent countries in the developing world as they diversify. The point of Just Transition was to ensure that in our quest to decarbonise the global economy we would rectify some of the imbalances and injustices produced by the Carbon economy and not exacerbate them by asking those who did not benefit from the carbon economy to subsidise those who did in the transition process.

The wealth generated by the Carbon economy in the developed countries in the 19th and 20th centuries was used to subjugate and dismantle the fabric of many countries in the developing world, which as a result today lag far behind the developed world, not just in terms of material capital but, arguably more importantly, in terms of human capital. Freedom, Equality, liberty, human rights are all the privileges of the wealthy developed world which is now trying to protect these attributes by embracing decarbonisation.

Holding COP in Egypt reflects on the one hand the urgency the developed world feels towards dealing with a problem that threatens the fabric of their societies and might threaten the values that democracies hold dear, while on the other hand, a total disregard for the rights of the citizens of developing nations, as they urge them to embrace the change and share in its material and human cost.

Why is that? Egypt, ruled by a despotic military junta since 1952 has long been a pawn in the great game played by superpowers. First, it was a soviet pawn, then a US pawn and more recently, arguably, part of the regional Israeli UAE arc of interest. Throughout this period, the developed countries spared no thought to the plight of the ordinary Egyptian civilian population as long as their rulers played their part.

For a brief period in 2011-2013 this pattern was challenged. The Egyptian people rose up to claim their freedom. The military was forced to retreat, and free and fair elections produced the first and only civilian President, government and constitution chosen by the majority of Egypt’s citizens. This experiment in democracy, neither produced what the so called liberals in the rich developed countries hoped to see (elected officials visually in their own image mirroring their own sensibilities) nor what the more pragmatic part of the developed countries’ establishment wanted to see (elected officials who understood that accommodation to their interests should supersede the interests of the  electorate).

The democratic experiment was brutally crushed with bloodshed and violence, while the world looked on. More than 60,000 political dissidents languish in jail subjected to extrajudicial killing, systemic torture and repression. The democratically elected president, members of parliament, doctors, journalists , and students have died from systematic medical neglect in prison under inhuman conditions as documented by leading human rights organisations such as Human Rights Watch and Amnesty International. This repression is carried out so as to sustain an elite in power that benefits economically from the absence of accountability and the rule of law.

So why is COP27 a symbol of Unjust Transition?

Because it sends a powerful signal that COP 21 was not about humanity. It was about a small subsection of humanity that lives in the developed world and is suddenly faced with the ecological disaster of their own making. In the 19th and 20th centuries they used the wealth generated by Carbon to subjugate the citizens of other countries and acquire their natural resources, justifying the treatment of fellow humans in brutal ways by telling themselves that these ‘peoples’ were less than us.

COP27 says we need Africa to join in to save our societies. We don’t really care about the individual Africans, we just need their governments to acquiesce. And if the military dictator ruling Egypt uses this meeting to greenwash his fascism, misogyny, corruption and repression, this is acceptable because in a twist on Maslow’s hierarchy of needs, the mainly developed countries quest to decarbonise put the welfare of their citizens and societies well above any notion of human rights or democracy when it comes to citizens of developing nations.

We know this is counter to the values of so many in the West and that is why these voices should speak out loud and clear against greenwashing Egypt’s dictatorship.

Dr Maha Azzam – Chair of Egyptians for Democracy and Head of the Egyptian Revolutionary Council; she is former Fellow at Chatham House and The Royal Institute for International Affairs. She headed the Security & Development in Muslim States programme at RUSI.