How to Decolonize Academia. Interview with Prof. Akosua Adomako Ampofo 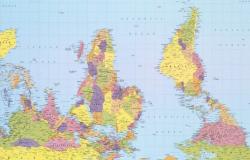 I recently sat down with Akosua Adomako Ampofo, President of the African Studies Association of Africa to discuss her life, decolonization (including my own) and the research system. It’s 40 minutes, really interesting, and follows nicely from yesterday’s much-talked about post by Teni Tayo, but here’s some highlights for the non podcast community.

Personal Background: My mother is German, my father is from a CPP (Nkrumah) family, even though he is Asante. Asante are expected to support the other party, the UP. My grandfather was on the wrong side, and a minor leader – he was seen as a traitor, and there were two assassination attempts on him. So that tradition of being a Nkrumah Socialist is in my family – we grew up with those conversations, and with being boundary crossers. But it wasn’t always easy – my grandmother didn’t appreciate it when her eldest son married a white woman!

The Decolonization Moment: If you’re not careful, a movement can lose its edge. Other people can appropriate it for their own careers. It becomes devalued. When she hears I’m going to give a talk on decolonization, my younger daughter just rolls her eyes and is like ‘now you’ve become Auntie Decolonize! My oldest daughter says ‘it’s just a Decolonization remix’. She’s partly right – we’re often just rehashing what people from du Bois to Nkrumah have struggled for in the past, and now it’s become fashionable.

Decolonization and the Research System: The Academy has a huge way to go. I don’t even know if it wants to decolonize. Universities are bureaucracies, increasingly corporatized, we are hiring vice chancellors to be like CEOs, paying them huge salaries to get research grants. This is true in Ghana just like in the UK – we are fighting for the rankings, and they are measured by grants, publications, citations, being on the news. None of those things address the key concerns of what you are teaching.

That makes it harder to decolonize, because you have to do the research that is ‘cutting edge’.  There was some research in the US that found that most of the researchers who get the money were white. Initially they thought this was a racial issue, but when they looked closer they found no big difference according to the name of the researchers, for example. Instead, they found the difference was in what you were going to do your research on, and that researchers of colour were more likely to work on small community projects that looked at people’s lives, whereas big research grants go on finding a cure for HIV/AIDS or massive regressions, not dealing with those human issues that are at the heart of decolonizing.

Two people could be doing research on slavery, but what questions are they asking? Somebody could map out where people go, how many people moved, do a nice quantitative map, maybe say how many people in North America are related to people in Nigeria, but it wouldn’t get you to the heart of what people are feeling today, to the injustice, to the issue of reparations. If we’re crunching numbers, how about we try and calculate the cost, including the psychological cost? Who would fund that if it was linked to reparations? I suspect it wouldn’t be seen as serious science.

Capacity Building: All of us have capacity that can be built. We teach because we are building capacity – we’re not the ‘super knowers’ but we do have certain experience, eg how to do a survey or write a paper for publication and present it within 15 minutes. But the way in which capacity building is seen is very technocratic and Eurocentric in the sense that people all over the world have some of these ‘hard skills’, but they do them differently – we may write differently, for example, but the standard for a journal article, supposedly ‘international, is really Eurocentric.

But there’s also the ‘soft skills’, which we hardly ever talk about. Capacity building is always two way. Someone may come from LSE to do a workshop at the University of Ghana to build the capacity of young PhD scholars on how to write for a high impact journal, but that same LSE scholar might go into a small community with a Ghanaian scholar and learn how better to sit with them and how you speak to the chief, how you need to drink the water, even if you think ‘wow, that is going to kill me’! How to do those things so that the community will embrace you – that is mega, but it doesn’t appear anywhere.

And this has a financial cost as well. You’re not only not recognized, but the ‘northern researcher’ then has their name on the report, puts it on their CV when they’re applying for the next research grant. As we say in Ghana, you use fish to catch fish. And the person who was the ‘research assistant’ is nowhere, they can’t claim credit, they are losing money now and in the future.

But it doesn’t always work that way. You have researchers on the British side who are invested, sensitive, humble enough to recognize the knowledge that is in Ghana. But it means that if the person applying for the funds has to be from the UK, or Germany you have to have that respectful relationship, or the Northern partner ends up dictating the process.

Reshaping the system: This may be pie in the sky, but we should be looking for more money locally. There’s a lot of money in Africa – I’ll give one example: when the Centre for Gender Studies and Advocacy at the University of Ghana was putting together a sexual harassment policy in the early 2000s and needed to do some research, one of the women on our steering committee said ‘I’ll speak to my Church’. She comes back with some money for us – it’s an example we don’t normally think about. Many of the big churches are extremely wealthy, are very good at raising money. We haven’t approached them enough, with a proposal they would be comfortable with.

The African Studies Association of Africa:  We’re still young – formed in 2013. The thinking behind this was that when African Studies became a discipline in Europe and North America, it wasn’t about centring African people’s lives; it wasn’t about how can we enable Africans to understand each other better. The agenda was how do we understand the natives so that we can better colonize them – to put it crudely, but realistically! The African Studies associations in UK, US, came out of that mould. They’ve changed a lot, but still don’t centre Africans enough – most of their members are not Africans, and the research is often about the researchers’ own interests.

The other aspect was why are we, as people interested in understanding our own societies, having to have these conversations in places all around the world, but not on our own continent? It was expensive to travel to other continents, it’s hard to get visas, most of the people there are not Africans. We wanted a space where we could talk to each other and where our students could be present. Our own space, where we decide the themes, the speakers.

Last year’s conference was in Nairobi. The theme was linking Africa and the African World – Africa is global. You have Africa in the UK, in North America. Not just African communities in London, but the history, the food, the religion, the music. A lot of students attended, although they still complained about the cost!

As an Association, we are active. We made a statement about the violence going on at Makerere (Uganda). It makes more sense, has a higher impact, if it is fellow Africans commenting, not waiting for a group of white people to say ‘hey, you bad guys in Makerere’.

Converting to Christianity: I grew up Catholic and as a teenager I thought – uugh. Not very exciting services, I’m not feeling this. I had never doubted the existence of God, but the Christian thing was more challenging.I was studying architecture and one of my classmates had a conversion – he became kinder, he used to be quite sarcastic, cut you down in a heartbeat, and he became more thoughtful. He was reading a lot of C.S Lewis, so I thought ‘I’m going to explore this’. I thought my way into this, very persuaded by C.S. Lewis as the ‘reluctant convert’. I came to faith in 1980 and have never doubted. I go to a Baptist Church, although for me that is incidental.

I was also persuaded by Christ’s counter culture – being Jewish, hanging out with women who he was not supposed to hang out with. It was compatible with my feminism. I never felt my style was being cramped. My problem is more with religion as an institution – the minute it becomes a bureaucracy, money comes in and you’ve got power and people who want to keep other people out.

What is your advice to supportive old white men like me when it comes to decolonization – support or get out of the way?

Just like with feminism, I would say step to the side or to the back. Allow the people for whom this is life and death to take the lead. We all live on this planet, need each other’s support. I’ve been supported throughout my life and career by people of different races, classes, genders. I would be lying if I said no, we can do this alone. We need support, but don’t want the white man to be the centre of the stage. Support us financially, give credit where credit is due – there’s power that comes with whiteness, and you have to acknowledge that. Say ‘you don’t need to invite me, I know this other person who would make an excellent lecturer’.