Are Governments Perverting the Spirit of Cryptos? 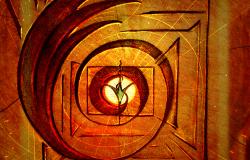 Looking at cryptocurrency and blockchain news this week got me thinking about a couple of things. In reality, two interesting trends are developing alongside each other with, somehow, a slight dose of schizophrenia. On the one hand, one trend is purely regulatory, with a variety of governments pursuing over the past weeks their exploration of how to control cryptocurrencies, digital assets and ICOs. On the other hand, other governments have also been working towards creating their own sovereign digital assets and government-backed ICOs.

This note is food for thought on the second trend. At first, the question of why governments would actually get involved in setting up digital currencies when these were traditionally designed - so to speak - as alternative and non-institutional currencies sounds surprising.

Remember that a major idea behind the Bitcoin (See 'Bitcoin: A Peer-to-Peer Electronic Cash System') is that fiat currencies are not in the interest of the currency holders. Being controlled by central banks and operated by a variety of financial intermediaries, currencies as we know them are artificial, their value being constantly altered by untrustworthy institutions. The Bitcoin, in contrast, operates without such interventions and has the benefit of transparency. As such, it is an autonomous currency, independent from external influence. A non-sovereign, decentralized and non-influenceable currency, in sum.

So, does the idea of governments attempting to create sovereign cryptos contain some degree of contradiction? Or... could governments be somehow perverting the spirit of cryptocurrencies? Yes, the latter question is obviously a little provocative. But it does not seem that far-fetched, after all.

The trend is not new. In fact, I wrote several months ago a short follow-up article about China's efforts towards building a sovereign cryptocurrency. At the time, a major highlight was the idea of a country creating a crypto designed for obvious reasons whilst discarding the potential pitfalls (from a state perspective) of cryptos. On the opportunities side, the goal was to create a state-managed virtual payment solution that could possibly be used on a very large scale, both nationally and in relation to world trade, outside of a US dollar context. On the problem-solving side, the idea was also to avoid 'classical' cryptos characterized by a disdain for monetary control, by making it handled and centralized by the People's Bank of China - the Chinese central bank. In sum, the idea of a Chinese sovereign currency looked very much like a smart way to make the most of technology, whilst investing in monetary influence.

Interestingly, more recent developments (as of early March 2017, that is) suggest that similar initiatives could take place in a variety of countries around the world. Could there be a trend here?

Venezuela, Cambodia and Asia, or the Marshall Islands

Late February, Venezuela communicated heavily on the development of its own cryptocurrency, known as the 'Petro'. According to the available information so far, the Petro would be based on about 100 million tokens when, for comparison purposes, the Bitcoin currently accounts for 16 million tokens to be capped at 21 million probably around 2030. More than 170.000 orders would have been passed already by an estimated 85.000 buyers, mainly individuals, raising $735 million during the first pre-sale day, up to 5 billion in the following week according to Coindesk. Having said that, the Petro won't be as simple as the above suggests. Early March, the Venezuelan opposition denounced the illegality of the currency and the potential risk it creates for investors, this making the project highly political. Read on for more on this point.

Cambodia also appears to consider the creation of a sovereign digital currency named as Entapay, and which seems to create excitation in Southeast Asia. According to various comments,  Entapay has already been described as “the connection between integration payment of encrypted currency and the real world”, while some have said that the currency "has the great potential to even replace VISA as the new mainstream payment mode".

On a much lower scale, the Marshall Islands seem to be on similar tracks as a digital currency called 'The Sovereign' might be on the go, to be possibly made available later this year when a government-backed ICO is organized.

Yet, at the same time, governments all around the place are taking measures to control the

Question: What is going on, then?

The above doesn't suggest that sovereign cryptocurrencies are becoming tomorrow' alternative to money as we know it. No. But the above nonetheless raises questions. What is going on? Why so much fuss about cryptos, digital assets, ICOs and all that at the moment?

The reason explaining the recent trends is that numerous countries nowadays want to affirm their monetary and political independence to the world. Let us look at the countries which communicated on their work towards putting sovereign digital currencies into place. What are their goals? And to what extent are their undertakings in line with the spirit of cryptocurrencies?

In Venezuela,  President Maduro is presenting the 'Petro' as an "act of rebellion" that will enable the nation to sidestep harmful western sanctions (see here). The Petro would be built upon five times more tokens than the Bitcoin, and its value might perhaps be pegged on the country's oil production, but there is no certainty about that. In sum, the economics behind the Petro is not clear, but the politics are. The Petro is both a political act of monetary independence and a way to cash-in money invested by investors outside of international monetary tensions at a time where the national currency is at the lowest and does not play it's role anymore.

['In Venezuela, money has stopped working and 'Venezuela Devalues Bolivar More Than 80% in Currency Auction']

In China, efforts towards a sovereign, central bank-controlled currency are also a very political gesture. While Beijing has been struggling with very important capital outflows over the past years, crypto exchange platforms allowing Chinese investors to trade digital assets and Initial Coin Offerings aimed at financing the development on virtual asset projects through token-based crowdfunding and investments did not only represent a risk in terms of scams. For many Chinese investors, indeed, the purchasing of digital assets was a way of getting money outside the country, thus weakening domestic reserves a little more with every token.

Hence, building a domestic cryptocurrency is a very smart move for Beijing.

One, it is a potential way of attracting Chinese investors convinced by the potential of digital assets while ensuring that the cash does not flow outside the country.

Two, China is now investing heavily in becoming a leader in the crypto world. Think about it. While the US dollar has been the reference currency for trade - and considering that the US doesn't consider the idea of a digital dollar relevant (see CoinTelegraph, Dec 2017) -  what if a digital version of the RMB became the reference currency for digital trade? The director of the China Securities Regulatory Commission’s (CSRC) information center, in fact, recently issued comments suggesting that China might release a State-owned Blockchain Assets Trading Platform (see here) and confirmed that the regulator is currently thinking very hard about how it will make the most of Blockchains technologies whilst making that technology both proprietary and fully centralized (for a similar argument, see for instance 'Blockchains Must Have Centralized Foundation: Chinese Regulator', CCN March 2017).

Regionally (and especially if backed by regional partners at the South-East Asian, APEC and ASEAN levels) 'Entapay' could be a way of limiting the potentially enormous influence of Chinese efforts on the matter. But it would also be an alternative to the domination of Chinese payment system providers. In fact, the crypto news reports have already emphasized that "Entapay [would] be expected to become the connection between integration payment of encrypted currency and the real world [since i]t has the great potential to even replace VISA as the new mainstream payment mode". Again, therefore, the push behind sovereign cryptos is largely political.

In the Marshall Islands, similarly, 'The Sovereign' is largely about raising funds through a Government-Backed ICO "targeted for the long-term needs of the country" and aimed at increasing the available National Trust Funds budgets related for instance to healthcare (see here).

So, to what extent is the trend in line with the spirit of cryptocurrencies? This point is tricky. While as mentioned before the Bitcoin was inherently about escaping the influence of global financial institutions, it seems fair to say that wannabe sovereign cryptocurrencies are about states trying to avoid international monetary constraints or escaping international monetary expectations.

As it turns out, the sovereign ICO trend could be a new way of raising fund in marge of normal sovereign debt capital markets, especially for countries with limited credit ratings and willing to rely mainly on free cash to be brought by tech-excited private investors surfing on the crypto wave and hoping to cash-in at some point.

Having said that, another important issue remains. How is that trend going to work? If it does, that is.

When looking back at the basic crypto mechanisms, creating speculative bubbles is not the goal. What matters with cryptos is not the new currency itself but the underlying technology which create the infrastructure to which the currency is linked. For instance, in the case of the Bitcoin or with Euthereum, the goal is to create a system of trust capable of fostering transactions throughout a large decentralized network, monitored and certified by thousands of computers on a permanent basis. There, the creation of a stable framework is the purpose, and the cryptocurrency is a tool used for exchange (and remuneration) purposes. Take the case of Ripple's XRP, alternatively, the purpose is to create a speedy and reliable transactional framework to be increasingly used by banks, financial institutions and even perhaps governments in their daily transactions, but the purpose is not to create a state-free currency per se...

Therefore, again, a final question remains. If sovereign ICOs are not merely political or fund-raising efforts, what are they?

In the case of China, the creation of an infrastructure seems as important and as strategic as the opportunity to create a currency. But elsewhere such a model is far from obvious. Venezuela's Petro definitely aims at affirming political and financial independence and it might be oil-pegged, but so what? And why so many tokens, by the way? As per the Marshall Islands, creating an infrastructure doesn't even seem to be a concern.

While it can be said that cryptocurrencies have one way or another shaken the role played so far by currencies as we know them, a slightly provocative question therefore sticks to my mind. Are governments somehow perverting the spirit of cryptocurrencies? Food for thought...

Antoine Martin is a Research Associate at the Chinese University of Hong Kong's Law Faculty, and the Founder of The Asia-Pacific Circle, an intelligence and networking initiative based in Hong Kong. He follows and comments on developments in international trade policy, with a finance & tech twist.