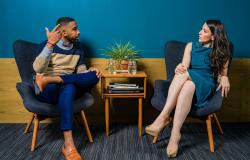 It is no coincidence that democracies are looking for their role in an increasingly turbulent world. As old paradigms are shattered, governments should rely more on their citizens to help them chart the course. Because only with broad public support at home can they retool their foreign policies so as to deal with today’s challenges.

No more “politics stops at the water’s edge”. Instead, foreign policy has become a fighting ground far beyond the usual accusations of being hawkish or weak, respectively, on one’s foes, real or perceived. This extends to the international system itself: the way how states deal with one another in diplomacy and trade or how they tackle global issues increasingly seeps into domestic debates.

It is time for policymakers to ditch long-held assumptions about how foreign policy is inherently different from domestic politics, as U.S. President Joe Biden has just done. However, claiming to put the interests of citizens first in international affairs – a “foreign policy for the middle class” in Biden’s words – is one thing; actually involving them in a debate about a country’s global goals is quite another. Here, Germany has jumped on a boat that Canada, France, Ireland and others have successfully steered – except that the citizens’ assembly just concluded there did not work on some immediate domestic issue like electoral reform, ecological transition, or same-sex marriage, but on “Germany’s role in the world”.

Also called policy jury or consensus conference, a citizens’ assembly is populated by lay participants drawn by the lot. In an attempt to try new forms of deliberation as a means to enrich representative democracy, the German Bundestag asked citizens to come up with their own set of foreign policy recommendations. After 50 hours of expert hearings and intensive internal discussions on sustainable development, economy and trade, peace and security, democracy and the rule of law, and the European Union, the around 150 assembly members adopted 32 detailed recommendations.

Notably, the first core statement preceding the list of proposals envisages Germany as “a fair partner and mediator, who works together with others, especially with the EU, to shape a world in which also future generations can live a good and self-determined life.” What sounds like any mainstream party’s well-meaning election manifesto is actually a substantiated expression of what a random and broadly representative selection of ordinary citizens – from the 16-year old schoolgirl the octogenarian pensioner on his first encounter with digital meeting software – thinks about how Germany should act internationally.

An obvious question is what will happen to the assembly’s results. The citizens’ report will be handed to the parliament, whose president was also the conference’s patron, in mid-March. Members of the Bundestag were involved at various stages of the process, from breaking down the vast overall theme into policy fields relevant for parliamentary work to discussing concrete proposals with the group’s participants. Yet, there is no obligation for parliament to do anything.

Two factors can help to raise attention: the onset of the electoral campaign for a new Bundestag (and, thus, a new chancellor) to be voted in September, and the May opening of the Conference on the Future of Europe as a forum for debate between member states and citizens under the EU’s auspices. The former should allow for an open – and long overdue – debate over where German parties stand on foreign policy issues beyond the knee-jerk utterances for or against the use of the military. The latter is likely to feature therein, as various political groups will want to burnish their pro-European, pro-democracy credentials. Together, both elements offer a chance to take policymakers at their word when they encourage citizen involvement in foreign affairs.

Embrace the change – before it bearhugs you

Recent ballots have had dramatic effects on the foreign policy of major democracies. The U.S. elections of 2016 and 2020 brought about two consecutive U-turns, while the UK’s 2016 referendum on EU membership profoundly changed the country’s alliances. France’s presidential election in 2017 averted a similar outcome by a narrow margin, but a nationalist shift is again in the cards in 2022. Germany’s Bundestag ballot promises to be more boring (think ‘continuity’), but here a reckoning with outdated assumptions about the international order is more pressing.

Certainly, some of the citizens’ ideas will be naïve, others hard to implement. However, that’s for the professionals to take in as innovative input into their own thinking about how to “break free of the mold cast during the Cold War and its immediate aftermath“. If the bond between democracies is as strong as their leaders have just re-affirmed at the digital Munich Security Conference, then their citizens would surely be “like-minded” enough to come up with a description of what those countries should jointly achieve in the world.

It is therefore apt for both democratic governments around the world to involve citizens into the ongoing debates about their countries’ respective place in the world. This is not only a way to avoid abrupt – and unwanted, from an alliance perspective – changes at the ballot box. It also allows to think more holistically about policies, given that non-experts are much less confined to the silos of what is defense, diplomacy, development, or trade. They simply want policies that work.

Photo by Jopwell from Pexels