Is Indonesia turning into Barbarism in the post-pandemic era 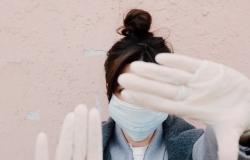 Muhammad Zulfikar Rakhmat and Dikanaya Tarahita argue that Indonesia’s handling of the COVID-19 pandemic may cause it to fall into barbarism.

In The Conversation, Simon Mair, a research fellow at the University of Surrey, proposes four possible future world scenarios following the COVID-19 pandemic. These scenarios are dependent on how countries are responding to the pandemic and its economic aftermath.

The first scenario is state capitalism, where the governments acknowledge that markets in crisis need government support. Governments extend welfare schemes as many workers are unable to work. Massive financial stimuli are also introduced such as extending credit and making direct payments to businesses.

The second, and the worst, is barbarism. A society which relies on exchange value, but refuses to help those who get locked out of markets by illness or unemployment. Businesses close and workers starve as they have no protection from the declining markets. Meanwhile, hospitals are not supported and many people die. According to Mair, “barbarism is ultimately an unstable state that ends in ruin or a transition to one of the other grid sections after a period of political and social devastation.”

State socialism is the third, where governments help hospitals and workers not for the sake of the economy, but for protecting life. States secure essential economic sectors such as food, energy and housing, so that the basic provisions are not at the whim of the market.

The last scenario is mutual aid. As with state socialism, the protection of life is the economy’s core principle. The state’s involvement, however, is limited. Instead, people support and care for one another. This condition could allow for the emergence of new democratic structures by building community support networks that protect the vulnerable.

We take Mair’s scenarios in the Indonesian context and, by looking at what is currently happening, argue that Indonesia could fall into barbarism. Mair’s three characteristics of barbarism are clearly reflected in Indonesia during this pandemic.

One visible characteristic is the collapse of businesses and widespread layoffs in Indonesia. Indonesia’s Ministry of Manpower noted that 116,000 firms have imposed layoffs due to the pandemic and 2.8 million workers had lost their jobs.  More than half were from the formal sector.

The Indonesian Chamber of Commerce and Industry (Kadin), however, argues that the figures above do not include layoffs from Small and Medium Enterprises (SMEs) which could include further 15 million people. Unlike the 1998 monetary crisis, where SMEs became the backbone of economic stretching, today SMEs have been highly affected by the pandemic.

Factors include that not all SMEs have large capital deposits like big companies and many are still unable to go online. Moreover, some SMEs such as those making handicraft products whose market share is overseas, stop working completely as they have limited, if any, export demands.

What is, however, clear is that many of laid-off workers are now facing poverty.

A solution through a pre-employment card (Kartu Prakerja) has been offered, where recipients are being given incentives, in the form of cash and training. However, the system has been deemed very complex as participants must attend training online first before receiving financial incentives.

Due to this complex and long process, many have not received the incentives. In fact, they have to spend additional money to access the Internet.

During the last few months, crime has been on the rise as people are increasingly starving and there are growing cases of mass feud over basic foodstuffs.

Such devastating stories are expected to increase if there are no serious steps to assist the most economically vulnerable layers of society.

Hospitals are not supported and many people die

While Mair argues that another characteristic found in a barbaric society is that hospitals become overwhelmed and thus many people die, unfortunately this is also happening in Indonesia during the current pandemic.

Despite the shortage of medical personnel ready to treat COVID-19 patients, the government has not provided training.

Of 11,192 positive COVID-19 cases, only 1,876 patients recovered, making Indonesia’s mortality rate, which currently stands at 7.5%, the highest in Asia.

Another of Mair’s characteristics of a society turning into barbarism is insufficient government support during the pandemic. The Indonesian government has offered some financial stimuli, but these are considered insufficient to help the economy.

The first US$568 million stimulus on 4th March aims to strengthen the domestic economy and labor-intensive sectors. However, this stimulus is seen as ineffective because there was a shift in the expenditure allocation, the disbursement of basic foodstuffs was hampered, and aid was allocated to sectors viewed as not crucial, such as tourism.

The second stimulus worth US$1.5 billion, was launched on 13th March and focuses on maintaining people's purchasing power and easing export-import activities . Again, nonetheless, the stimulus has not been felt because it has only been made valid from April to September 2020. Similarly, the non-fiscal stimulus has not been effective because of delays and the export-import supply has been stalled.

The weakening economy due to the pandemic leads to a rise in government spending while unemployment and poverty increase. It is estimated that the poverty rate could reach 12.4 percent, or 33.2 million people, a first time increase since the 1998 crisis. The 2020 state budget deficit will also widen to US$57 billion. Tax revenue would fall by US$27 billion from the target. The World Bank also noted that Indonesia's debt ratio increased from 28 percent to 31.4 percent of GDP in 2020.

Of course, we do not take Mair’s scenario for granted. It may have some limitations and weaknesses. But, we use it here because some of his descriptions reflect what is currently happening in Indonesia.

This piece has not been written to cause pessimism for people in Indonesia or indeed for anyone. Rather, as Mair states, this scenario is intended to be a reminder that Indonesia’s COVID-19 response has some weaknesses. That we still need to work together to create genuine and serious efforts to mitigate the impacts of the COVID-19 which would benefit everyone.

No matter how large the government's economic stimuli are, they would not be sufficient to compensate for all losses caused by the pandemic. The middle and upper classes should spend not only on the market but also to help the government in assisting the most vulnerable. It is perhaps time for us to shift our primary way of organizing an economy from profits to emphasise "mutual cooperation", especially in this current time of crisis.

Muhammad Zulfikar Rakhmat is a senior academic at Universitas Islam Indonesia and is a research associate at the Institute for Development of Economics and Finance (INDEF).

Photo by ready made from Pexels