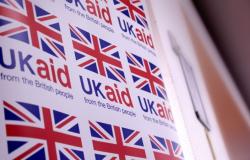 Tom Kirk – GP’s Online Editor and development researcher - shares his worries that the recent announcement to merge the UK’s foreign aid and affairs ministries will make the former’s most transformative work impossible.

This week our Prime Minister announced the merging of the UK’s Department for International Development (DFID) and its Foreign Affairs ministry, the Foreign and Commonwealth Office (FCO). By September, the government hopes to have created a new department called the Foreign, Commonwealth and Development Office (FCDO).

Although long feared, the announcement came as a shock to many, with it transpiring that the cabinet were not forewarned, and that civil servants in both departments only found out via the media. The proposal had also been thought dead in the water due to a lack of support from influential voices and the government’s need to deal with the COVID-19 pandemic.

Announced as part of an effort to strengthen the ‘Global Britain’ brand and to ensure aid serves the ‘national interest’, the merger will see the substantially smaller diplomatic ministry swallow the much larger aid and development outfit. In the process, its budget will increase by over 4 times to roughly £14 billion and the amount it spends on overseas direct assistance (the official term for aid) would, presumably, jump from 21% to 96%. It will also inherit around 3,600 DFID staff with hard-won expertise not found within the current FCO.

The announcement has been made during what some argue is a period of rising inward-looking British (read English) nationalism. The UK’s leading opposition party has also portrayed it as part of a culture-war designed to distract from the government’s failings on COVID, Brexit and racism. Whilst commentators suggest it is partly about appeasing those within the Prime Minister’s party who, like him, have long criticised DFID as a “giant cash point in the sky” and accused it of “running a shadow foreign policy” in the places it works.

Yet, in practice, the merger has already been under way for some time. For example, the 0.7% of the UK’s GNI committed to aid (by law) has increasingly been channelled through departments other than DFID (from £1.6bn (14%) in 2014, to £4.1bn (27%) in 2019). Furthermore,  DFID has recently been sharing ministerial teams with the FCO. This merger by stealth has also taken the form of cross-government initiatives such as The Prosperity Fund and the Conflict, Stability and Security Fund (CSSF), which see DFID and FCO staff in the same teams.

It is important at this point to note that alongside my academic research on development practice, I am occasionally employed as a consultant. This usually occurs through companies contracted by the DFID or the FCO to provide technical support, research on and evaluations of programmes. I focus on initiatives that engage civil society, usually to support inclusive political participation and to hold governments to account. So, I’m something of an armchair critic that spends lots of time talking to aid’s real change makers, be they DFID staff, its partners or those they support in developing countries.

My critiques of aid also extend beyond individual programmes. Indeed, I tend to side with those like Pablo Yanguas, James Ferguson, Tania Li and William Easterly, who argue that grand top-down development schemes and blueprints usually fail. But I stop short of condemning the entire system. Instead, I am a fan of movements within the sector – such as the PDIA and DDD groups – that argue it needs to change its ways of working to tackle the political causes of the problems it seeks to address. This includes supporting those in developing countries already working towards transformational or structural changes.

This leaves me somewhat conflicted about the merger. I agree with those that argue development is not something that can be done to poor countries and communities by outsiders. And, whatever its technocratic camouflage, I’d argue effective aid is mostly a political exercise, rooted in the (re)distribution of power and contests over who gets what and how. I am, therefore, excited by the prospect of the political clout and capital of the FCDO’s diplomats being harnessed to support transformative programmes.

This may come in a variety of forms; from having a quiet word in the ears of developing countries’ political and economic elites, to the prestige and protection a reform minded local partner may gain from a public relationship with the UK. This is, in part, what the aforementioned cross-governmental funds have set out to do and, after a shaky start, there are examples of it working. I fully welcome such roles being written into diplomats’ job descriptions.

Yet, its arguable that the effectiveness of British aid depends on an ongoing sleight of hand. Domestically, since DFID’s founding, the narrative has been that aid reduces poverty and that this noble goal elevates it above politics. This feel good story is subscribed to by many of the talented and hard-working individuals in the sector, from consultants and staff in international and national non-governmental organisations, to DFID’s civil servants. And it is propagated regardless of the questionable evidence base for such claims.

Internationally, this narrative allows DFID and its partners to work, and engage state and non-state authorities, in some the world’s most complex places. It affords them a veneer of impartiality to operate across geographical and political dividing lines, and on the ground in contexts within which people would be at risk if they were perceived to be agents of, or even sympathetic to, the UK’s wider foreign policy.

It can allow reform-minded leaders supported by DFID to counter accusations that they are directed by foreigners with hidden agendas. And it creates room for locals to be understood as the architects and owners of initiatives funded by aid. This can be particularly important where efforts to empower marginalised citizens, hold states to account or conduct inclusive elections challenge the status quo.

This sleight of hand then is necessary. It helps DFID to be seen as removed from the rest of the UK’s international apparatus. Granted, the veneer is often wafer thin and even translucent to onlookers. But few would deny its importance.

Seen in light of the merger, my fear is that DFID’s years of building an international reputation for work addressing ‘poverty’, some of which occurs in extremely volatile places and unavoidably touches upon contentious local issues, will be undone by aid’s public association with the rest of UK plc. It could have very real consequences as aid is increasingly viewed as a ‘tactic’ in diplomats’ wider strategies or, worse, an activity that undermines host countries’ economic and political freedoms.

At this juncture, I cannot see how the FCDO can avoid such accusations without dropping some of DFID’s most challenging and transformative work. This work already benefits from diplomats’ political capital. But to do so it treads a fine line, cloaking itself in the veneer of impartiality the merger will surely crush.

Some may argue that messier, potentially radical yet politically sensitive programmes were already being side-lined by the push to demonstrate value for money and measurable results. But the bigger danger is surely how the ‘national interest’ will be defined in the coming years. On one side, there are the proponents of the idea that ‘charity begins at home’, the ‘aid for trade’ brigade, and those enthralled to an image of a ‘swashbuckling’ post Brexit Britain. On the other, there used to be the DFID, its partners, and supporters.

Perhaps it is to these partners and supports we should now turn. Indeed, the fight-back against current trends must begin in civil society, with those that have first-hand experience of the nuanced, yet transformative work DFID supports in the most challenging of contexts leading from the front. As DFID’s detractors have already grasped, the first battle will be over our shared identity. I just hope that the merger does not do too much damage whilst it rages.

Tom Kirk is GP's Online Editor, and a researcher and consultant based at the London School of Economics and Political Science. Interests include the provision of security and justice in conflict affected regions, social accountability, civil society, activism, governance and public authority. Lived and worked in Afghanistan, Pakistan, India, Timor-Leste, the DRC, South Sudan and Kenya.

Views in this post do not represent any of the organisations Tom works for or collaborates with, and are all his own.

Thanks to Eva-Maria Nag and Duncan Green for comments on drafts.