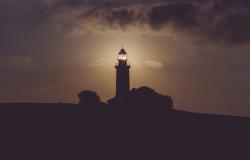 Scott Montgomery uses his column to highlight several positive events in the midst of a particularly worrisome year.

First, Mikhail Gorbachev. The recent passing of this extremely important man occasioned little more than perfunctory notice by the current Russian regime but an outpouring elsewhere of reflective commentary about Russian history, the end of the Cold War, and what has happened since the 1990s. Though some portion of this has taken a smirky tone about Gorbachev’s failures to save the battered and broken Soviet warhorse, the overall image has been positive. The ageing epigram among Russia experts that he was an angel of mercy, bringing quick death to a lame and suffering beast has surfaced as well.

Be that as it may, there have been two points that seem worthy to highlight. In the U.S., where the GOP have again spoken of the necessity for Ronald Reagan to end the Cold War, this has been rightly countered by rightful claims that it was actually Gorbachev who made Reagan better. This was the president, after all, who never met with any Russian head-of-state for over four years and had serious doubts about ever doing so. The new Russian leader, well-educated, personally warm, smiling and sincere, was a stunning alternative to the grey norm of Soviet leaders. He did little to dissolve suspicion on the U.S. side that he was simply a pretender. Maggy Thatcher, who met him first, said he was “someone we can work with.” This turned out to be a bit more true than expected. Gorbachev confirmed and furthered Reagan’s own impulses for nuclear disarmament—impulses that a majority of conservative Republicans in the administration and in Congress, like their counterparts in Moscow, strongly rejected and greatly feared. The two leaders proved that attitude to be the essence of the Cold War itself, its dismal, rusted sensibility of distrust with no need for verification. As it happened, both men elevated each other on the stage of history.

Which brings forward the other point. For all his flaws and failures, Gorbachev stands as a shining light in the long dark history of the Soviet Union—and its aftermath as well. Again, Russia experts may find such a statement naïve or exaggerated. It is now routine to say that Gorbachev’s legacy has been utterly undone by Putin and now sits at the bottom of a deep lake. Yet a legacy is larger than a set of policies. True, even the INF (Intermediate Nuclear Forces) Treaty, signed in Reykjavik, 1986, by Reagan and Gorbachev, is now dead. Yet, despite this, the example of eliminating an entire category of nuclear weapons stands. It will remain as a highly positive example of what can be done when leaders are truly, personally, committed to a safer world. I should say that Gorbachev shines all the more brightly compared to GOP presidents of the current century, Bush and Trump, both of whom did terrible damage to the arms control and non-proliferation regimes.

Saying that Putin has erased Gorbachev’s achievement is essentially to offer a round of congratulations to the former. It is the kind of selective rewriting that forms a key part of Putin’s ambition, after all. But much of the world, including all those who Putin now declares to be Russia’s enemies, have come forward to commemorate the former president for his courage and vision of the freedoms that Russians might one day share.

Speaking of leaders who do worthy deeds against the advice of many, President Biden’s recent “Soul of the Nation” speech calling out Republicans for being anti-democratic and even “semi-fascist” was a breath of fresh air from the top. He is the first U.S. president to do this, to be honest with the country and the world about this threat, which has been growing for more than 30 years and that has involved both voters and many in the Republican Party.

Biden was essentially saying, Democrats do know how lithic and dangerous this enormous minority really is. We know, though we haven’t spoken as if we do, that it makes not the slightest difference to offer nostrums like “we are all Americans” and “let us try to understand one another.” Since Clinton’s first term, these have been the words not of the hopeful but the feckless—pillows offered to an advancing army.

As Biden said, MAGA Republicans are the clearest threat to the United States in today’s world. They are more dangerous than any foreign rival or enemy, be it China or Russia or Iran or North Korea or all of these combined. For more than two decades, long before Trump came on the scene, the far right has been doing the work of all these opponents by breaking down American democracy from the inside. The mainstreaming of extremism has been complete for some time. One need look no further than the lawless system in most red states now allowing loaded guns in any public space, even schools and playgrounds, even in the face of hundreds of mass shooting victims every year. The only places who approach such gun lawlessness are those like Somalia, Libya, Yemen, the Congo, and parts of (yes) Afghanistan. What does it mean that America is armed against itself to such a degree?

Biden needed to call the MAGA movement out for another reason as well. Its goal is not merely grievance or accusation or rage. It is to take control of government and hold it, not relinquish it again. This means at every level, local, state, and national. Many commentators have called the tens of millions of people in this vast minority “nihilists” and “lovers of chaos,” but this is wrong. They do want something—control of the country and American society, its moral standards, its legal system, its history.

It is doubtful that the great majority of MAGA Republicans fully understand the choices they’ve made. But it appears too late for any realization to make a difference. Most of these people can’t be persuaded to change their minds or positions; they are closed, especially to any offerings from Democrats, whom they firmly believe are intent on ruining the U.S. by turning it into something wholly foreign, unAmerican.

So, a cheer for the first president to speak honestly about this. The man that we’ve been repeatedly told (by the prestige media as much as any other) is eroding before our very eyes the age and frailty has somehow delivered the strongest words about the country’s greatest danger.

Meanwhile, the worst energy crisis in EU history has brought what amounts to a semi-heroic decision. Nuclear power is being embraced again. Perhaps not wholeheartedly, not with the warmth of welcome for a long lost relative. But with the understanding that, in fact, this technology does define a much-needed source of non-carbon power. If it has taken both an energy crisis and a year of dramatic climate impacts to mobilize this realization, so be it.

Europe’s energy war, after all, is not only about getting free of Russia’s chokehold. It is also about finding some degree of liberation from its own shackles of fear and magical thinking as to progress in decarbonization. The formula of wind + solar + hydrogen – nuclear has been a child’s dream. The first two have required backup by fossil fuel sources, esp. natural gas from Russia, while the third (embraced mainly, it seems, to avoid the fourth) remains far from any major commercial use for electricity.

To be fair, not every country in Europe has its arms open for nuclear power. This is particularly true in western Europe, since a majority of Eastern Europe has been nuclear positive for some time. But those in the west that have reevaluated their need for the technology are not few. They include Netherlands, Belgium, Switzerland, and Sweden (Germany has taken a half of a half-step, so remains an outlier, surprising no one). Meanwhile, those nations with significant power from nuclear and are building or planning new reactors are: France, Finland, the UK, Czech Republic, Hungary, Romania, Bulgaria, and Slovenia. Those building reactors for the first time are Turkey and Belarus. Nations not much interested in nuclear prior to 2022 but now pursuing partnerships with U.S. and UK companies include Estonia and Latvia, while Poland has firm plans to replace much of is coal use with nuclear, and Greece has entered discussions with Bulgaria to share nuclear electricity and development.

Much of this new activity, should it bring a new era of plant construction, will be a core part of the accelerated turn to non-carbon energy that this war demands.

Asia, meanwhile, has now surpassed all other regions in nuclear, a good thing since it is also the largest producer of carbon emissions. China alone produces more than the EU and US combined, yet also has the largest plans for combined nuclear and renewables, which the Chinese place together in the category of “green.”

Defeating illusions is often more difficult than achieving victory over external enemies. The (re)turn to nuclear in the West achieves both types of triumph. There are new reactor technologies in the offing, meltdown proof, higher efficiency, less waste, while Finland will set a precedent when it opens its repository for high-level waste in 2024. At the same time, it is evident that more reactors would have greatly reduced dependence on Russian natural gas. The US and Canada have turned in the new direction as well (the US a bit more tentatively), and toward next generation technologies. It is potentially a new era for nuclear in more than one sense.

This is genuinely good news with regards to climate change, and to something else. The West gave this important technology to the world, a growing portion of which is now adopting it. For too long, the West has been afraid of its own technological shadow.