Paradigm Shift? The Role of Local Governments on the World Stage 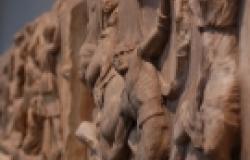 Local and Regional governments publish a manifesto for deeper engagement with global politics.

The modern world is changing rapidly. Trans-national and national governments currently subscribe to principles that quickly become unable to handle unexpected change. Inability to engage and regulate emerging economies such as Air BnB or to respond coherently to migration crisis, highlight policy delays and political stalemates. As living in cities is becoming the norm, local and sub-national governments are expected to be at the forefront of change and to deliver solutions. At Habitat III, local leaders are acknowledging the unique position they are in and preparing to up their game at the global stage.

The Habitat III Conference is the United Nations response to trends in urbanisation, building on the UN Sustainable Development Goal 11: Make cities safe, inclusive, resilient and sustainable. The New Urban Agenda (NUA) has been agreed and the refrain accompanying the meetings at Casa de la Cultura in Ecuador is ‘implementation, implementation, implementation’. There is no doubt that this burden will largely fall on local governments.

Sunday (17th of October) saw the Mayor’s Assembly take place at the Agora, Casa de la Cultura. It was meant as a celebration of the Agenda and the principles that local leaders around the world are committing to. It was also the Second world assembly of local and regional governments (The first one held back at Habitat II in 1996). The Assembly had a higher purpose, and this was to showcase the strengths and ability of local governments to ‘do it’ on their own.

Remarks were given by UN Secretary-General Ban Ki-Moon regarding the creation of United Cities and Local Governments (UCLG) and the UN Advisory Committee on Local Authorities that have already given a voice to local leaders. Empowered, local leaders one after another threw down the gauntlets at national governments – from the Mayor of Montreal stating that national governments need to realise that cities exist, to the Minister of Planning and Sustainability of Catalonia describing the NUA as a list of dreams unless integrated territorial approach is taken. Example after example showed how different cities are already implementing some of the principles of the NUA and as such leading the way. There was a clear sentiment in the room that national governments were often seen as a disruptor and not enabler.

Cooperation is key and there was an explicit agreement that the NUA would not be successful unless all layers of government work together. An implicit caution, however, was echoed by almost every presentation – ‘Ignore us at your peril’. Currently, the hierarchical structure of government is being challenged at every stage – cities are hotbeds of innovation and creative services; there are alternative currencies and economies; cities are the ones that are at the forefront in dealing with global migrations. Local administrations are developing the expertise to face those issues and in an era of knowledge exchange can directly learn from one another.

The move towards addressing governance re-structuring in the new urban agenda is significant – decentralisation and empowering local governments are both points that are given prominent place. Building supportive governance structure is one of the key implementation strategies. However, there is a clear lack of a transformative vision. The agenda is clearly seen as working within the existing status-quo of national legislations.

It is in this context that Emilia Sainz, the Deputy Secretary General, remarks that the main challenge to implementation of the NUA will be having the ‘right actors’ around the table. Only by sharing power will we enable the collective and transformative action that could deliver inclusive, sustainable and equal cities for all.

The New Urban Agenda directly impacts cities, towns and villages, yet it is ultimately negotiated by nation states in a world forum where the beneficiaries are given a voice but no decision power. It is this power balance that the UCLG is trying to address in their report ‘What Local and Regional Governments bring to the global table’. In this context, it is not unthinkable that at the next Habitat meeting nation states will be joined at the negotiating table by cities – not as underlings but as equals.

Simeon Shtebunaev (@Aleandar) is a dual Master’s student in Architecture and Town Planning. He will be covering the engagement of the New Urban Agenda with local and sub-national governance, specifically relating to Smart Cities and Cultural Heritage. To keep up to date with the GLI team’s commentaries and policy pieces from HABITAT III, or for outputs by GLI teams at other international events please see here.

What’ll it take to Reform the United Nations? Temporal Focal Points and the UN Summit of the Future

Early View Article - If caring begins at home, who cares for the carers? Introducing the Global Care Policy Index