Throwing the Poor a Rope: Why the New Urban Agenda needs a more Active Rhetoric on Inequality 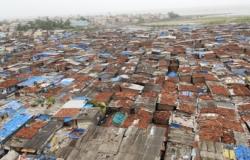 The New Urban Agenda (NUA) makes a bold pledge that ‘no-one will be left behind’. A pledge which was unanimously reaffirmed in Monday’s High-Level Roundtable. This is a commitment that the benefits and opportunities of urbanisation should be shared equally by all.

Leaving no-one behind in the process of urban development is a broad challenge, encompassing everything from inequality and poverty, to the supply of basic social services, and the right to adequate housing. Rising inequality across the globe is a central issue for the implementation of the NUA to tackle. However, this pledge to ‘leave no-one behind’ isn’t particularly useful. Not only is it fairly utopian, but it also fails to indicate who should be responsible for ensuring everyone keeps pace as cities hurtle forwards into the future.

Income inequality is a distributional concept, and so whilst narrowing the distribution for a given city would undoubtedly be a positive step there will inevitably still be some marginalised groups at the bottom end who remain seemingly 'left behind'.

The target for cities would therefore be better articulated as a pledge to ‘pull forwards’ those who have so far been excluded from the benefits of urban growth. This alternative rhetoric may seem to amount to the same thing, but for me it represents a far more active approach. It is indicative of the positive role local authorities need to play, and is much more focussed on the needs of the marginalised, without the idea of inevitable progress for rest of the urban population.

Highlighting the important role of local government was Yondela Silimela’s (Executive Director of the Development Planning Department in the City of Johannesburg) account of the city of Johannesburg as a hugely divided and unequal city. The problem in Johannesburg lies in its urban form. With no central core to the city, a mismatch exists between where people reside and where employment opportunities can be found. Yondela talked through local government strategies to make the urban form of Johannesburg work for the city’s poor through housing located in key employment areas, controlling development projects to ensure the right projects occur, and investment in infrastructure and transport for a more compact and well-connected city.

Yondela’s view on the role of local government has been echoed throughout the conference, including by the cities advisor for the UKs Department for International Development, Rubbina Karruna, who also emphasised the necessity of investments in local public services for reducing inequalities and fostering local economic growth.

Pulling the marginalised forward also requires first identifying those in need of support. Visibility has been discussed as a key aspect for improving the livelihoods of workers in the informal economy, alongside granting them a voice and legitimacy as economic agents who contribute to local economies. At a side event hosted by WIEGO (Women in Informal Employment Globalising and Organising) a waste picker from Colombia spoke out about the stigmatisations and harassment herself and her fellow waste pickers and street vendors are subjected to. Thirty percent of household waste is picked by informal waste pickers in Columbia, who then recycle the waste.

However, waste-pickers lack recognition for their contributions and so face competition from multinationals to the right to waste, despite the fact that recycling the waste is much more beneficial than simply burning or burying the waste as multinationals do. These workers need visibility and validity for their work, and a voice to support their right to do so in the face of multinational competition. If local authorities can fulfil these then many vulnerable informal workers may be pulled upwards.

Through an enhanced developmental role for local government and the important recognition and consideration of informal workers, positive steps can be made towards reducing inequalities of income, opportunity, and rights. But all these practices are hard-fought active steps, which the passive pledge to leaving no-one behind falls short of giving precedent for. If they can’t keep up, then we must actively throw them a rope.

Furthermore, these improvements cannot be fully appreciated if we pledge ourselves to leaving no one behind. With predictions for urban populations to hit 5 billion by 2030, there will surely be a continued over supply of unskilled labour, allowing some inequalities to persist; perfect income equality is not on the cards.

Therefore, participants at Habitat III need to ask themselves: do they want future urban experts at Habitat IIII to look back on the pledges made in the NUA as failures or as relative successes? The pledge to ‘leave no-one behind’ is troublesome, and difficult to ever come off as a perceived success. Whereas a pledge to ‘pull forwards the most marginalised’ could, and is likely to direct focus and responsibility for deceasing inequalities more effectively.

Aidan Kidder (@theekidder) is a final year undergraduate in Economics and Politics. During Habitat III he will focus primarily on the New Urban Agenda’s commitment towards sustainable and inclusive urban prosperity with opportunities for all, and efforts to tackle the problem of growing inequality and poverty within cities. To keep up to date with the GLI team’s commentaries and policy pieces from HABITAT III, or for outputs by GLI teams at other international events please see here.