A Year Under Trudeau: The Fundamental Shifts in Canadian Foreign Policy 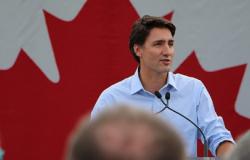 Marc-Olivier P. Cantin surveys the profound foreign policy mutations that Canada is experiencing after a year under the Trudeau administration.

‘We’re back’. It is with this unequivocal assertion that, in his inaugural speech, Prime Minister Justin Trudeau reclaimed Canada’s seat at the international table, announcing a fundamental rupture in comparison to its predecessor’s foreign policy. Indeed, a year has passed since Trudeau settled in Ottawa and it appears that the lines of fracture are manifold between Stephen Harper’s Westphalian conception of world affairs and Justin Trudeau’s uninhibited internationalism. Over the last twelve months, the Conservatives’ intergovernmental and hard-power oriented foreign policy has dramatically shifted, under the leadership of the new prodigy of world politics, towards a genuinely transnational approach.

The revamping of Canada’s international agenda has been ubiquitously observable in the country’s most recent global endeavours. The shift that is perhaps the most acutely discernable is the reaffirmation of Canada’s commitment to multilateralism. Stephen Harper, in his decade-long reign at 24 Sussex Drive, fostered a sincere repugnance for international rostrums, favouring bilateral channels over what he perceived as ineffective and corrupted platforms. On the contrary, Trudeau appears to place high hopes in the promises of transnational organizations and has repeatedly reasserted Canada’s adherance to the core values of, inter alia, the UN and NATO.

This reengagement has been quite conspicuous in Trudeau’s first NATO summit where he pledged that Canada would assemble and lead the organisation’s new battalions that will be posted in the Baltic countries and in eastern Poland to deter the exponential Russian hubris in the region. This renewed commitment to multilateralism is equally patent in Canada’s utilization of the United Nations as the paramount catalyst for its international aspirations. Concurrently, Trudeau’s administration has engaged in incommensurable diplomatic efforts to acquire a seat on the Security Council in 2020, a bet that could improve the country’s arsenal as a middle power that can struggle in translating its wishes into deeds.

Irrefutably, the Liberals are aspiring at edifying a truly pivotal role within these entities and this trend appears as being sharply contrasting in comparison to the Conservative’s traditional scepticism towards the prospects of multilateralism. With this aim in mind, Ottawa has been overhauling the hierarchy of its international priorities while simultaneously rethinking its strategic approaches. Indeed, Justin Trudeau as been prioritizing “low politics” and “soft power” in an attempt to realign the country’s actions to its real political, economic and military capabilities. In that context, Canada has refocused its attention on areas of expertise such as human rights, environment, equality promotion, peacekeeping missions and humanitarian aid. These concerns are more compatible, in Trudeau’s mind, to the inherent identity of Canada’s progressivism.

Comparatively, Stephen Harper was substantially more converted to the potentialities of “hard power” and incrementally turned his back on Canada’s traditional sobriety on the world stage to bet on a more muscular foreign policy posture. After a year in office, Trudeau appears to be opting for persuasion rather than for coercion and has abandoned Harper’s “boots on the ground” strategy to embrace an approach centered on peace keeping. This fundamental shift has been officialised in the recent launch of the Peace and Stabilization Operations Program (PSOS) in which Canada pledged $450 millions and more than 600 soldiers to promote peace building and stability worldwide. This new programme is genuinely emblematic of Ottawa’s desire to “address the causes and the effects of conflicts, to prevent their escalation or recurrence and to work on early warnings, prevention, dialogue and mediation” rather than to rely on mere military deterrence. Hence, by committing to train, assist and advise their allies around the world instead of fighting on their side, Trudeau and his Foreign Minister Stéphane Dion are betting on Canada’s operational expertise and are capitalizing on its reputation as a Blue Helmets pioneer to enhance the country’s international visibility.

This new perspective on Canada’s role in global security is also manifest in the way Ottawa grounded its planes in Iraq to prioritize the training and equipping of regional forces and in the support it provides to stabilize key West African states. Additionally, the foreground contribution of Canada in the actual refugee crisis similarly highlights Trudeau’s reliance on alternative means of influence enhancement in his attempt to bolster the country’s international credentials. Thus, Justin Trudeau seems to be disavowing the compartmentalized approach of his predecessor by opting instead for an integrated approach that amalgams foreign policy, defence, development and national security in one converging international direction.

Moreover, in terms of humanitarian commitment, the Trudeau administration appears to be diametrically opposed to its Conservative forerunners as Stephen Harper was known to be rather parsimonious in his approach to foreign aid while the new government is indubitably untying the purse’s strings. Indeed, over the next three years, Ottawa will be spending $1.1 billion in humanitarian assistance of all sorts, ranging from emergency relief, health and sanitary operations, educational programs and infrastructure schemes. In this instance as well, this renewed commitment to humanitarian principles underscores Trudeau’s soft power-oriented foreign policy and his quest to seduce to world rather than to compel it. Thereby, the Canadian PM is engaged in restoring the country’s reputation as a principled and compassionate actor in world politics.

Furthermore, the new Liberal government undertook to massively utilize commerce as a power leverage to further its international credibility and notoriety. However, in comparison to the former administration, the difference is one of kind not of degree. Indeed the reliance on international trade isn’t significantly different in quantitative terms between both eras of Canadian foreign policy, but while Stephen Harper largely favoured bilateral channels and intergovernmental agreements, Justin Trudeau is undeniably privileging larger multinational covenants. Particularly exemplified by his commitment towards the Trans-Pacific Partnership (TPP) and the Trans-Atlantic Free Trade Agreement (TAFTA), Justin Trudeau’s new trade policy appears as an attempt to fortify relationships with key partners around the world and to showcase Canadian leadership in negotiations of vital importance.

As a patent manifestation of the fraternal relationship and the ideological overlaps that have developed between Justin Trudeau and Barack Obama, the Canadian PM also seems to be mimicking the United States’ “pivot to Asia” initiated by his American counterpart. Indeed, since the November 2015 elections, the commercial focus of Ottawa has largely shifted towards Asia-Pacific, a region that will be incrementally interested in Canadian natural resources. This reorientation is particularly conspicuous in regards to China since, after just a few days in office, Trudeau sought to put the relationships with the country on a sounder footing. In comparison, the Conservatives were relying substantially more on European states and on its North American partners inside NAFTA when it came to doing business outside Canada’s borders. Therefore, as a whole, it is the nature and the regional focus of their international trade policy that differentiate Trudeau and Harper.

Finally, another fundamental shift in regards to the way Justin Trudeau conducts his foreign policy is the considerable thawing of the relationships with both Russia and Iran. Indeed, in the wake of Russia’s annexation of Crimea in 2014, the ties between the two countries were severely damaged and tensions reached a critical apex. Similarly, the nuclear blur surrounding Iran in Harper’s years in office dramatically impaired the diplomatic channels between both nations to the point where Canada closed its Teheran embassy in the fall of 2012. Conversely, Trudeau capitalized on the Joint Comprehensive Plan of Action (JCPOA, i.e. Iran Nuclear Deal) that reinstated Iran as an acceptable interlocutor and the growing influence of Russia in global issues such as the Syrian War in order to promptly normalise the relations with both countries.

If one can criticize the moral malleability of these partnership choices, the Trudeau administration appears to be thawing these relationships on a rational mind frame, conscious of the ineluctability of these emerging actors and of the potential to further Canada’s national interests through them. Regarding Iran, this reconciliation was embodied by Ottawa’s decision to entirely lift the economic sanctions and trade embargo that, for many years, poisoned the bilateral relations of both nations. Indirectly, this decision might also pave the way towards an eventual improvement of their political, diplomatic and military cooperation. As for Russia, Trudeau’s appeasement policy towards the Kremlin appears to be propelled by more pragmatic incentives since both countries are compelled to cooperate in a vast array of issues such as the fight against Daech and the management of the Arctic. Hence, the thawing of the Russo-Canadian relationships is significantly more induced by a rationalized understanding of their shared interests than a genuinely symbiotic perception of world affairs.

Ultimately, the fundamental shifts in Canadian foreign policy are tangible and are showcasing the evolving international trajectory that Justin Trudeau has set out for the country. Essentially, as he prophesised in his inaugural speech, these changes mean that Canada is back, back to its historical roots as a principled and progressive actor in international politics, back as a pacifist and moderate player in global issues and back as a nation opened to the world.

Marc-Olivier P. Cantin is a postgraduate candidate in International Relations at King’s College London and is specialized in Middle Eastern affairs and Canadian foreign policy.