Social Impact: Origins and Evolution of the Term 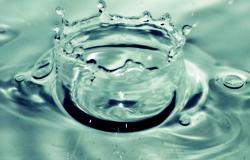 There has been remarkable proliferation of the use of the term “social impact” since the Global Financial Crisis. Businesses, investors, consumers and governments want to act purposefully, delivering positive social and environmental outcomes. That’s reason for cheer. However, the ascent of “social impact”, without sufficient shared understanding of what it means and how to measure it, risks widespread "impact washing", whereby the impact label is assigned to business-as-usual activities. In an attempt to advance a shared understanding of what impact is, in this post I share the origins and evolution of the term and its measurement.

As seen in COP25 in Madrid last week, governments, businesses and investors increasingly speak of their desire to deliver positive environmental and social impacts. While it seems that everyone wants to be more impactful, questions remain about what, precisely, they mean and how they measure it. If impact is merely the new buzzword, there is a very real potential that the rise in so-called impactful activities are simply “impact washing”, rather than a structural shift in the way firms or investors operate, away from strictly profit-centred activities.

In an effort to advance a shared understanding to inform future government policy, this brief article offers an account of the term’s origins and evolution. With a better understanding of how the concept has evolved, organisations, governments and investors could be more precise and consistent in their efforts, ensuring they begin with what impact (and change) they want to achieve, and in so doing, genuinely produce greater social impact. To start, here’s how I define (in a 2016 LSE working paper with Mark Florman) social impact: “the economic, social and environmental consequences of business activity, both positive and negative, independently of the intentionality of the activity”. It’s worth underscoring that – for me – social impact is a more neutral term. It is not only about good intentions; it is about the effects of business activities on all stakeholders - communities, business partners (i.e. suppliers), employees, investors and the environment. Is this what other people mean when they talk about social impact? Let’s explore the origins of the term to see.

Origins and evolution of the term

The term ‘social impact’ was first used in a Yale University seminar in 1969 on the ethical responsibilities of institutional investors. For the seminar leaders, which included James Tobin, the aim was to consider the social and environmental aspects of investment activities, beyond merely the financial return on investment. The following year, the U.S. National Environmental Policy Act (NEPA) of 1970 articulated a set of practices and procedures called the Social Impact Assessment (SIA). The SIA was a legal requirement to systematically capture the potential (negative) socio-economic impact of large-scale, industrial land-uses. As NEPA mandated the filing of an environmental impact statement for each large land-use decisions, the prevalence of social impact (predictive) measurement and reporting rose exponentially in the U.S. in the 1970s. This government-required assessment strove to require thought about environmental degradation in real estate development and the potential socio-economic costs from displacing people and activities. Said simply, the orientation was negative: development projects were presumed to negatively affect the environment and local communities.

Though the U.S. was the early mover in SIA, the volume of SIA reporting activities in the U.S. started to decline from the mid-1980s. The slowdown is said to be the result of both a reduction in the number of large energy-related building projects undertaken and in the scant availability (and demand for) social scientists to produce SIAs. While SIA activities slowed in the U.S., the international organisations, notably the World Bank and International Monetary Fund, began implementing strict socio-economic and impact assessment reporting on their development projects from the 1990s onwards. The goal of their monitoring and evaluation was to demonstrate the effects their investment and technical capacity building efforts were having on local communities.

The early 1990s saw the rise in frameworks and guidelines on how to implement social impact assessment. Most notably, a group of social scientists formed the Inter-Organisational Committee on Principles and Guidelines for Social Impact Assessment, to fill a gap between government reporting requirements and the expertise needed to account for impacts. In 1993 they produced the first Principles and Guidelines for Social Impact Assessment, which appraised the social consequences of proposed construction sites, large transportation projects and other uses of land as required by the NEPA Statute and the Council on Environmental Quality (1986).

From the dawn of the 21st century, social impact has been mapped and reported by an increasing number and range of firms, well beyond the NEPA land-use reporting requirement in the U.S. Private companies adopted the language in an effort to take into consideration and combat issues previously considered belonging to the public sector domain, such as environmental degradation, poor labour conditions, and gender inequality. Over this time, and with the expansion of actors involved in social impact assessment, the notion of social impact expanded from construction-related project implications in the context of development and also the wider business community. Social impact was related to, and in some ways subsumed by, the advent of Michael Porter and Mark R. Kramer’s ‘Shared Value’ approach in 2006.

But it was in the onset of the Global Financial Crisis that the term found salience. According to Google Search Term Analytics, the annual interest in the term has steadily risen since 2008, with the greatest-ever interest coming now, in 2019:

In effect, the Crisis propelled society’s interest in businesses that did not only produce shareholder returns. Businesses were to be more socially and environmentally impactful. As the crisis had shown, financial profits were not the end-all and be-all of capitalism. The economic motor would need to provide us with non-pecuniary, and more sustainable, outcomes as well.

This broader understanding fuelled the advance of ways to measure social impact. More than 150 different methodologies have been developed for wide use (Florman and Klingler-Vidra, 2016, p. 4). These methods are in addition to the thousands of firms that have each developed their own approach to conceptualising and measuring their social impact.

One of the most widely-used tools is the Global Reporting Initiative, an independent entity, that launched its first guidelines in 2000. These guidelines (now referred to as ‘G1’) represented ‘the first global framework for comprehensive sustainability reporting’ and is currently at the 4th version of the original. The GRI’s G4 report is available for all companies to download and complete, but additional services come with a price tag. International organisations – notably the United Nations (UN) – initiated their reporting approaches in mid-2000s. The UN Principles for Responsible Investing (PRI) was designed for investment management firms to measure the ESG of their portfolios. More independent assessment firms entered the space in the years to come, with B Labs offering a reporting and scoring system for small, socially-minded companies, and then the Global Impact Investing Network (GIIN) creating the IRIS Metrics in 2009 for investment firms that prioritized purpose over profit. Since 2017, the Impact Management Project has developed a Structured Network of key stakeholders in an effort to socialise a shared understanding of what social impact is, and how to report it. Their collaboration brings together teams within the UN (specifically, the UNDP’s SDG Impact team), GRI, B Labs, and more.

The juggernaut of efforts to make an impact, in the investing and business realms, as well as in local communities, is not new. As shown here, the concept of social impact has been applied, through reporting requirements vis-à-vis real estate development projects, for the last 50 years. Despite the relatively long history, the language of “social impact” is ill-defined. For some, social impact is shorthand for the intent to do good, to strive to achieve “profit with purpose”. For others, it is about how desirable outcomes can be achieved; this involves developing a “theory of change”. Yet for others, its about measurement: social impact can (and must) be assessed in order to inform how business activities should proceed.

I am all in favour of striving for positive social impact, of course. But in the contemporary setting, saying that one’s mission is to boost impact is like Miss Universe saying that she wants to work to achieve world peace. Just as viewers at home would want to ask the pageant contest, “okay but how?”, to avoid impact washing, we need to ask those striving for positive impact to ask “what do you mean by that? And how will you achieve it?” If we focus only on the intention, and not the how, it will be difficult to hold firms to account. Intentionality is also not consistent with the origins of social impact language: from the early NEPA requirements for social impact assessment reporting, it was about evaluating consequences. If social impact talk is to genuinely deliver positive outcomes for people and the planet, we need better mechanisms for giving a voice to those people and places who are being impacted. Rather than more glossy annual social impact reports, how about asking the local communities, employees, suppliers, etc. what they think of a company’s impact on them?

Dr Robyn Klingler-Vidra is Senior Lecturer in Political Economy in the Department of International Development at King's College London. Robyn’s research focuses on government efforts to promote inclusive innovation and to measure the social impact of business activities. She is developing an interactive platform for social impact dialogues, to enable social impact measurement by those who are impacted. Robyn obtained her BA in Political Science at the University of Michigan and her MSc and PhD in International Political Economy from the London School of Economics.