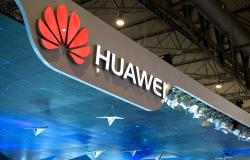 “Markets did not see [the first deglobalisation] coming. And at the risk of being a Cassandra, I wonder if they aren’t just as oblivious to what is happening today with the US and China. The conflict between these great powers has obvious similarities to the earlier story, not just in terms of opposing economic models and rising nationalism, but also in the boom-bust timeline. It has, after all, been more than seven decades since the current wave of postwar globalisation began.”

The signing on 15 January of the so called ‘phase one’ trade deal between China and the US notwithstanding, what are widely — and rightly — seen as potentially far-reaching efforts by the Trump Administration to ‘decouple’ the world’s two largest economies continue to give rise to significant concerns. In short, are we, as Rana Foroohar suggests, entering an era of de-globalisation as potentially disastrous as that which afflicted the first half of the 20th century?

Rising concerns may be relatively recent. But there is nothing new about the current wave of anti-globalisation sentiment, not least in the United States of America. Ross Perot’s presidential election challenge in 1992 was (arguably) an early post-Cold War example. And the ‘Battle of Seattle’ at the WTO summit in 1999 was a clear manifestation. Trade-in-goods (anti-NAFTA sentiment in the case of Mr Perot) was at the heart of both.

Although it was very much pro-globalisation at the time, in retrospect China’s accession to the World Trade Organisation on 11 December 2001 should be seen as another milestone on the road to where we find ourselves today for the self-same reason.  As long ago as early 2008 I was presenting papers arguing that history would ultimately judge 12/11 2001 to be a far more significant date than 9/11 2001. Today, we see that history has caught up with us in this respect.

And the demise of Lehman Brothers in 2008 and its aftermath inevitably added fuel to the anti-globalisation fire.

Furthermore, the US has long been guilty of globalisation double standards: A 2015 report by Credit Suisse puts the US way ahead of all other major economies on new non-tariff barriers against foreign goods between 1990 and 2013. China comes in at number five, with only one-third as many.

And it is not just trade. The same can be said as far as Washington is concerned when it comes to disregard for the ‘rule of law’ in general internationally. As CNN’s Fareed Zakaria notes in a recent paper for Foreign Affairs, the US has repeatedly intervened militarily without UN approval; and it attempted regime change 72 times between 1947 and 1989 alone.

However, even though we appear in retrospect to have been heading down this road since at least the end of the Cold War (and it is important to keep in mind that ‘President Donald Trump’ is, first and foremost, a symptom rather than a cause) the Trump Administration is the first to come out openly in favour of broad decoupling and to prioritise policies consistent with this objective. A leader in the 18 January edition of The Economist (subscriber access only) put is thus:

“America started using the dollar system as a geopolitical weapon in earnest after the attacks of September 11th 2001. President Donald Trump has taken this policy to a new level of intensity, using sanctions as his main foreign-policy tool and even targeting allies with ‘secondary’ sanctions that punish anyone who trades with states in America’s bad books. America’s power ultimately stems from its ability to prohibit firms from using its financial system, in turn leaving them isolated and unable to interact with most counterparties. Often the effect is fatal.”

As far as Mr Trump himself is concerned, the starting point for this remains very much trade-in-goods and a strong belief that the US has been cheated by an international trading system it was the prime mover in setting up after the Second World War and nurturing since then. And especially, (but by no means exclusively as the EU and NAFTA partners in particular are certainly well aware) by China. His arrival in the White House added significant momentum to a shift in sentiment in Washington which was already under way, ie the establishment of a bipartisan consensus that China is a growing threat to US primacy whose rise therefore has to be contained in some way.

Some ‘credit’ for this shift goes to Robert Blackwill and Ashley Tellis for their April 2015 CFR paper “Revising US Grand Strategy Towards China”, applauded by Republicans but clearly also influential on the Obama Administration. This was part of an even more profound shift, exemplified by Michael Pompeo’s appointment as Secretary of State in April 2018, ie the final abandonment by the Republican Party of Hamiltonianism, the philosophy which had dominated US foreign policy since 1945. The net result of all this is a fusion in the current US Administration of: trade protectionism; what one might call ‘robust unilateralism’, including a near-total disdain for international organisations; and fear of China as a strategic rival.

By far the most significant of these is anti-China sentiment.

There is a clear reason for this, as Henry Farrell and Abraham L Newman point out in a recent paper for Foreign Affairs entitled ‘Why it’s too late to decouple’, ie networks which had previously worked hugely to America’s advantage in imposing its will globally are now being exploited to America’s disadvantage by others, including (but not only) by China. They sum up as follows:

“Globalization, in short, has proved to be not a force for liberation but a new source of vulnerability, competition, and control; networks have proved to be less paths to freedom than new sets of chains.”

“Governments and societies, however, have come to understand this reality far too late to reverse it. …China and the US are too deeply entwined to be ‘decoupled’ without causing chaos. States have little or no ability to become economically self-reliant.”

Hence, their belief that what we are seeing in the world today is what they refer to as “chained globalisation”, ie a real limit to how far decoupling can go without disastrous economic consequences for all parties, not least the party actively seeking to decouple.

As I have already noted, successive US Administrations have been willing and able to (ab-)use America’s globalised networks to pursue their policy objectives. The Trump Administration is, if anything, even more willing than some of its predecessors to take this path, as is illustrated by both its  efforts to provide circumvention software to protestors in Iran (as reported in the Financial Times on 19 January) and its recent sanctions-based assault on the Nord Stream 2 pipeline. As for this second example, if Washington is prepared to take this sort of action against a close ally, ie Germany, over the relatively unimportant issue of a gas pipeline, it will surely not hesitate to take punitive measures when it comes to trying to stymie the Chinese relative to their technology-related objectives. For, notwithstanding the fact that the Sino-US trade war has been the dominant political factor in market sentiment for nearly two years now, it is primarily in the field of technology that Washington sees what it regards as an ‘existential threat’ posed by China.

The BBC’s David Grossman highlighted how important the technology war is in the recently broadcast series ‘Rivals — America’s Endgame’.  His starting point is summed up in this quote from an accompanying article on the BBC News website:

“America's military supremacy is based not on a huge standing army, but on high-tech weapons systems. If China takes the lead in these crucial technologies, then the US may not be able to keep up for long.”

Although I do not entirely agree with all the views expressed by some of the policy experts interviewed for the programme, I do concur totally with the following:

“…this is a rivalry between two superpowers that is about much more than just trade, it is one that spans economics, defence, culture and technology…. no one I've spoken to in Washington thinks that this outline deal will make much difference on its own.”

“China has been very clear in its ambitions to lead the world in the important technologies of the future, like robotics and AI. ‘This is very core to the competition now,’ says Bonnie Glaser [Director of the China Power Project at CSIS], ‘because if China were to succeed in these areas, then it probably would supplant the United States as the leading power in the world.”

“Daniel Kliman [a former senior advisor in the Pentagon] believes that the non-military technological race is also crucial. ‘Not only is China perfecting technologies for surveillance and censorship at home, but increasingly exporting these technologies as well as finance and knowhow abroad.”

“So, don't expect the US position on China to change in the near term, even if President Trump loses the coming election. The mood in Washington has changed. The only real political conversation is not about whether to take on China but how best to do it.”

When it comes to how best to do this Washington is learning that it cannot have it both ways, ie it cannot decouple on the one hand and retain its ability to try to impose its will through its global networks on the other.

Whether or not the Trump Administration, and/or its successor(s), can take these lessons fully on board remains to be seen. But if ‘Washington’ collectively does not we do, as some fear already, risk a major miscalculation of the sort we saw in the 1930s with potentially similar consequences in the form of ‘Thucydides’s trap’.

Alastair Newton is a former career diplomat with the UK's Foreign & Commonwealth Office. Since 2005 he has been advising the financial sector worldwide on political and geopolitical risk. He lives in Livingstone Zambia from where he runs his own consultancy business.