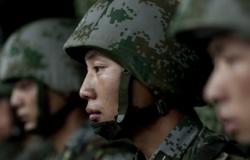 How high is the issue of terrorism on the Chinese government’s agenda and what is your government doing to respond to this threat?

The Chinese government attaches great significance on the issue of terrorism. As the Chinese defense white paper of 2013 states, “the three forces, namely, terrorism, separatism and extremism, are on the rise.” And one of the important tasks of the newly established National Security Commission, the highest security consulting and decision-making agency of China, is developing and implementing China’s strategy on counter-terrorism. I think there is no doubt that China is facing very serious terrorism threats at home and abroad, which places counter-terrorism high on the government’s security agenda and one of the major tasks for Chinese People’s Liberation Army (PLA) in peacetime. However, traditional security issues still top the agenda.

Do you think the Chinese government’s anti-terrorism policies have been successful? Do you think there are any lessons the international community can learn from China’s approach to fighting terrorism at home and abroad?

I think the Chinese government’s anti-terrorism policies have been successful. China’s Xinjiang Uighur Autonomous Region, where the frequency of terrorist attacks was high in past, has maintained a generally stable situation in recent years. In 2016, the gross domestic product (GDP) of Xinjiang reached 141 billion USD, increased 7.6 percent more than the year before, and up by 0.9 percent more than China’s national GDP growth. Despite a generally stable situation, some remote cities and small towns are still under threat of terrorist attack. The Chinese government needs to further improve its policies to address such threats.

In my opinion, China has implemented a very useful anti-terrorism approach, namely, four-layers counter-terrorism structure, which combines the efforts from the party (Central Government), local government, military forces, and citizens together to fight against terrorists. Since the Second World War, Chinese leaders have attached great importance to the people’s war. The people’s war is a military concept from Mao Zedong’s military thought. It relies heavily on common people during war to mobilize and defend the country. Currently, facing the terrorism threat, Chinese President Xi Jinping again calls for a people’s war against terrorism. The main idea of people’s war against terrorism, I believe, is largely to decrease the number of terrorism sympathizers by all means to narrow the living space of the terrorists, and form a united front on fighting terrorism in our society.

Responding to the ISIS attacks in Paris, French President François Hollande said “there will be a war without mercy.” Former British Prime Minister David Cameron said “it has become even clearer that our safety and security depends on degrading and ultimately destroying ISIS. We will be safer right across Europe if we destroy this death cult once and for all.” What is your take on this?

As President Xi said, “terrorism is the common enemy of all human beings and the common threat faced by international community.” Terrorism, particularly the jihadist movement, has become the most lethal non-traditional security threat which severely challenges the survival and development of human society. There is no doubt that ISIS is the biggest terrorism threat today. However, I think Europe and the rest of the world will not be safer only by destroying ISIS. Terrorism is like a malignant tumor, China already gave its prescription to the world: that is, cure the symptoms – terrorist organizations, as well as the disease – the root causes of terrorism. Frankly speaking, the root causes of terrorism are far from being removed because of the West’s pursuit of self-interests, adoption of double standards toward terrorism, as well as little attention to social counter-terrorism approaches. Therefore, to eliminate ISIS will not be the end of anti-terror war. The fight against terrorism needs joint efforts from all social sectors and a unified standard accepted by all countries.

Terrorism has taken on a transnational character with groups like ISIS that are very well financed, well organized, using the internet and social media to get their messages out and recruit. How do you see terrorism evolving in the coming decade?

When entering 2017, we already had several good news from the battlefield of fighting against ISIS. Hopefully, the international community will eliminate the core sector and majority forces of ISIS within one year. But it never means the end of the threat of terrorism. The original top-down terrorist organization will be decentralized because of the strengthened international counter-terrorism efforts. And terrorist organizations will become more flexible and adaptive. We will see more small-scale terrorist groups who are able to plan and conduct the terrorist attacks without any approval and assistance from traditional command structure.

Most importantly, innovative destructive technologies, such as drone, 3D printing, robotics, and automation, will become more accessible and affordable and cyber technology will spread to common people. These mega trends could usher in more lone-wolf attacks and cyber-terror attacks in a not-so-distant future.

Yuan Ma is an instructor with the Department of Strategic Studies at the National Defence University of the People’s Liberation Army of China and a Global Governance Futures 2027 fellow. The views expressed here are her own.