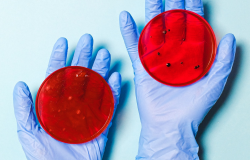 In contrast to recent epidemics that impacted almost only developing countries (as those caused by the Ebola virus in 2013-15 and the Zika virus in 2015-16), the coronavirus pandemic is hitting both the global south and the global north. However, this pandemic is everything but an equalizer: it not only reveals various forms of inequality but is likely to also reinforce them.

The virus spreads in a socially unequal world, implying that people experience the pandemic differently and suffer its consequences differently, depending on their country, social class and gender. From a social point of view, the international spread of the virus has in this way created two pandemics and is likely to create two post-pandemic worlds: one for people in the global north (as well as upper- and middle-class people in developing countries) and another one for the poor in the global south.

After emerging in Wuhan, the virus ‘used’ mainly the bodies of the well-off to spread internationally, initially to developed countries, later to affluent people in the global south (returning from holidays or business trips) and then to the poor. As poor people in the global south – as well as their governments – often lack resources to prevent, detect and respond to pandemics, a socially different type of pandemic emerged.

In Brazil, for example, while upper- and middle-class people started working from home almost overnight and stockpiled food and water, others remain at a crossroads. Their options are either: i) trying to work (even if demand has in general plummeted), which requires physical social interactions over the course of the day, thus increasing the risk of getting infected and infecting others; or ii) staying at home, which means not earning any money and still remaining at a higher risk of getting infected due to over-crowded houses, lack of water and household hygiene items, or poor sanitation. Therefore, not only the availability of resources to respond to the pandemic is a privilege for a few; the capacity to afford the consequences of social distancing is also conditioned by various types of inequalities.

Conditions to prevent, detect and respond to the pandemic, as well as the consequences of social distancing are unequal because the availability of at least seven types of resources is unequal: healthcare, fiscal capacity, labour, space, education, information, and leisure. These dimensions are all correlated to one another but for the sake of clarity they are analysed separately.

Concerning health, half of the world’s population lacks access to essential health care services. For them, the coronavirus pandemic is much more a matter of life and death than it is for the other half. Research comparing health security capacities in 182 countries in the context of Covid-19 found that 28% of countries had a preventative capacity of levels 1 or 2, as well as that 23% had a response capacity of these same levels (in which 1 is the lowest and 5 the highest capacity). The number of physicians is extremely unequal: while the United States has around 25 physicians per 10,000 people, India has 8 and Mozambique only 0.7. This is made worse when associated to a lack of sanitation and access to drinking water, as this makes people more likely to have comorbidities and therefore less likely to survive if infected. This is the potential situation of 60% of the world population, who do not have access to safely managed sanitation. In addition, washing hands is a luxury for many: basic handwashing facilities are not available for 40% of the world population, let alone soap or hand sanitizers.

This results to a great extent from inequalities in the fiscal capacity of governments. Low levels of taxation imply a lack of funding for public goods, essential to prevent and respond to a pandemic. While in OECD countries the tax-to-GDP ratio is around 34%, in a sample of 26 countries in Africa this ratio is on average 17%, severely constraining their capacity to invest in health care. Moreover, the pandemic is severely slowing down economies, which can be in part compensated by fiscal stimuli measures, a limited tool for poor countries. Weak fiscal capacity also has an effect on their costs of credit, further restraining their ability to respond to the pandemics and stimulate the economy.

Regarding labour, working from home or not working at all is a luxury for a few. In the global north, those unable to work from home are often protected by a social safety net (even if imperfect), but this is either non-existent or very limited in the global south. Staying at home imply a huge sacrifice of income, especially among people working in the informal economy. In Brazil, 40% of workers have informal jobs, which means they are not entitled to sick pay or various other social safety services. For example, there were 6.2 million maids in Brazil (almost exclusively women) in 2015, of which 70% had informal jobs. According to Débora Freire, from the Federal University of Minas Gerais, the poor’s income is expected to decrease 20% more than the average in Brazil due to the pandemic. This implies that poor people in the global south are likely to sacrifice the basics: rent, food, water, electricity, gas and essential medicines, making them more vulnerable to the virus and the consequences of an infection.

In times of social distancing, another scarce resource is space. The WHO and various governments have recommended social distancing, but this is a luxury that poor people often cannot afford, especially in urban areas. If they manage to work, they are likely to interact with customers, other employees or other passengers when using public transport. If they stay at home, over-crowded houses and neighbourhoods may prevent social distancing. As emphasized by Gilson Rodrigues, a community leader from Paraisópolis, the second-largest favela in São Paulo, it is impossible to put the elderly into quarantine when there are 10 people living in a two-room house.

Another resource is access to education. Children from affluent families are more able to get their education from home. They can keep their access to knowledge through various types of resources they have (books or a simple conversation with their parents), as well as online activities maintained by private schools. The poor will lack all of this.

Another unequally distributed resource is information. Information about the risks of the pandemic and what to do about it is more easily accessed, filtered, understood and applied in the developed world and among affluent people in the developing one. The lack of credibility from state authorities and the over-abundance of information make poor people more susceptible to believe in conspiracies about the virus, speeches from populist leaders, as well as Pentecostal or neo-charismatic priests. For example, a few of the main religious leaders in Brazil have exhorted people to keep going to the church or told people not to watch news about the pandemic, all of this propagated through social media.

This is what the WHO Director-General Tedros Adhanom Ghebreyesus has called an ‘infodemic’, a process in which not only the virus but also rumours spread fast, creating a cacophony of conflicting information. Furthermore, as reliable information is produced disproportionally more in rich countries, they tend not to target the poor in the global south: washing hands and staying at home, for example, is suited more for affluent people than for the poor. Language barriers are another often-overlooked aspect aggravating this imbalance: reliable information is produced mainly in only a few languages, leaving a large number of people with either non-reliable or non-information at all. Finally, because the virus began spreading in cold temperatures, the available data on infection refers mainly to weather conditions that prevail in richer countries, leaving considerable uncertainty regarding the conditions of its transmission in the tropics.

Last but not least, leisure is also unequally distributed. Upper and-middle class people can remain entertained in quarantine in a way that the poor cannot: they have more access to gadgets, apps and broadband internet connection. They also have more space at home, making them more able to have relaxing or fun activities, as well as to get physical exercise. In a situation of quarantine, this is likely to reduce levels of stress.

It is true that the poor in the global south may benefit in many ways from activities conducted in the global north: research on prevention, detection and response to pandemics; quarantines and border restrictions, as those imposed in various places in Europe; and production and distribution of science-based information. It is also true that they benefit from social distancing measures valid for the whole society, as the number of mass gatherings events decrease, as well as the overall number of physical social interactions they have each day.

However, inequalities across countries and within them condition how people experience the pandemic, who is hit harder by social distancing, who is more likely to survive, and who will recover faster after its end. This indicates the need to expand not only access to sanitation, healthcare and drinking water, but also to housing, social safety nets, and reliable information, all of which should be seen as foundations of global public health policies.