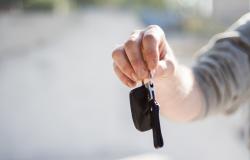 Greer Gosnell argues that policymakers must pay more attention to car buyers' considerations of social status if they wish to address climate change.

In the United States, transportation accounts for 29% of domestic greenhouse gas emissions, almost 4% of global emissions. Of those, a vast majority (82%) are attributable to road vehicles. The population of the BRIC countries—that is, Brazil, Russia, India, and China—is 10 times that of the United States, and accounts for 40% of the global population. As of today, their transportation emissions combined are less than that of the U.S. alone (despite Brazil, Russia, and China having already begun the ascent trajectory that correlates GDP per capita and vehicle ownership). Given targets for halting global temperature rise to 1.5oC, the forces underlying the decisions of current and prospective car buyers in these nascent markets will be incredibly consequential.

COVID-19 may present a rare opportunity for policymakers in emerging economies—where citizens now more clearly value the benefits of a future characterized by clean air and blue skies—to set themselves on a different path from that of the U.S. and other industrialized economies.

Once a social norm is established, it can be very difficult to move to a different state. Though such a transition is not impossible (consider the about-face in perceptions and behaviors associated with cigarette smoking in the 2000s), it can take decades, or a pandemic, to even begin to reverse an embedded cultural norm. The inertia is particularly unyielding if accompanying infrastructure is developed to foster compliance with the norm, such as the extensive freeway systems and gas stations L.A. residents spend 1-2% of their year utilizing.

Consider India’s case. Last week, Prime Minister Modi announced his approval to make India’s national railway system the first in the world to reach net-zero emissions with 100% electrification. This announcement undoubtedly marks a significant step in meeting India’s climate ambitions. Yet, India is expected to become the third largest car market in the world by 2021, due in large part to its production goals on the supply side, coupled with rapid rises in the workforce and urbanization, which drive mobility needs on the demand side. In reality, India is at a crossroads when it comes to the future of mobility in its rapidly growing cities, with the increased availability of innovative ride sharing services enticing millennials to spend money on other luxuries.

Of course, decisions to invest in infrastructure—for instance, around battery electric vehicle charging or compressed natural gas stations—are being made now, amid vast uncertainties. The reverse dynamic also holds. That is, the numbers and types of vehicles bought will depend on investments in infrastructure availability and the robustness of alternatives, such as public transit and ride hailing services.

As low- and middle-income countries continue to rapidly grow and industrialize, it is crucial to consider: what will major cities of these ‘future developed countries’ look like? How can we shape and plan for them, and what lessons can we draw from the developed world?

In other words, how can emerging economies avoid the fate of the U.S.?

An often overlooked answer to this question lies in shaping consumer demand from square one. Here, existing wisdom from the field of economics almost always points to forces consistent with ‘rational’ behavior. For instance, if the lifetime costs of internal combustion engine vehicles are sufficiently below that of alternative fuel or electric ones (subject to some preferences for money now versus later), the former will dominate the vehicle fleet of the future.

But what if consumers don’t calculate the full vehicle ownership costs, and care about social status? Behavioral research on consumer car purchasing decisions in the developed world can help us understand which levers to pull.

A first policy recommendation derives from the inattention of prospective buyers to the total costs of car ownership. Researchers estimate that giving Germans a more complete estimate of these costs could reduce ownership by up to 37%, slashing transport emissions by almost a quarter in Germany. Fuel prices would need to rise over 1000% to achieve the same reduction. Closing this ‘awareness gap’ leads to higher value placed on public transit options in their sample, and therefore advertising should be transparent about these costs to discourage poor decision-making.

Second, we care about status. Depending on the cultural norm and what is perceived as ‘desirable’ by one’s peers, this tendency can be used to policymakers’ advantage. In other words, if citizens aspire toward ‘green’ identities, because their peers value good air quality or climate change mitigation efforts, making green behaviors or purchase decisions obvious to peers can sway purchase decisions. Research in the U.S. has demonstrated such ‘conspicuous conservation’ to be worth $400 to $4000 in the context of the decision to purchase a Prius—a widely visually recognized hybrid vehicle—over a Honda Civic Hybrid, which looks like it’s non-hybrid counterparts and is therefore a less effective signal.

Third, people imitate. Therefore, particularly for a visible attribute like car ownership, first movers can be important, particularly if they’re your neighbors. Policymakers can find ways to make green purchases stand out (e.g., by giving them special license plates). On the flip side, if the government can reinforce a beneficial norm that may not be apparent to the naked eye—whether the norm is descriptive of reality or of peers’ views on a behavior, like taking public transit or not owning a car—they should.

Of course, prices and subsidies do matter, as has been clearly demonstrated in the California EV market where a 1% decrease in the price of the car led to a 3.9% increase in adoption. The Faster Adoption and Manufacturing of Hybrid and Electric Vehicles (FAME) initiative in India, which came into effect in 2015, provides Indians with incentives to purchase hybrid and electric cars and even more efficient two-wheelers. Earlier this year, China extended its subsidy program for relatively low-cost new energy vehicles, though it reduced the incentive amount by 10%. Such incentives are, without a doubt, a crucial tool in policymakers’ toolkit when it comes to tackling air pollution and climate change. (Russia has yet to introduce such incentives, and emerging Latin American economies are resisting EV momentum, instead embracing internal combustion engines powered by subsidized and locally abundant fuels like ethanol and natural gas.)

Frontloading these types of incentives to define the benchmark for status seekers early on and encourage climate-friendly imitation thereafter, while also working to cure buyers of short-sightedness when it comes to vehicle ownership costs, can help emerging economies to ensure that bad equilibria are never reached in the first place. Because—as L.A. drivers and their over-used rearview mirrors would assure you—path dependence is very real, and hindsight is 20/20.

Dr. Greer Gosnell is a Senior Research Associate at the Payne Institute for Public Policy and the Colorado School of Mines. She is an experimental, behavioral, and environmental economist whose research reveals cost-effective climate change mitigation strategies at the microeconomic level, particularly in relation to technology adoption behaviors that influence energy consumption.

Photo by Negative Space from Pexels