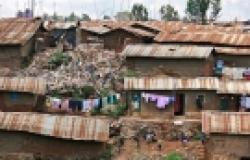 The Habitat III conference in Quito on the New Urban Agenda (NUA) has clearly articulated the urgency of improving informal settlements. These are rapidly growing in urban areas globally, and must be integrated with the city’s fabric. But compared to traditional planning which relied heavily on spatial design to construct cities, integration today must also consider all other dimensions of urban development, including infrastructure provision, legal protection, socio-cultural inclusion and economic linkages. Each of these will now be considered in turn.

Residents of informal settlements are often victims of socio-cultural segregation that could have come with historic context of migration, marginalization and discrimination. People living and working in the informal sector not only feel that they are being distanced from the cities’ development, but there is also a certain social stigma that is associated with informality. This severely affects the motivation of people living in these settlements. The UN special rapporteur on adequate housing, Leilani Farha, recollected of the time when she was asked by the dwellers of an informal settlement, “Are we even human?” Not surprisingly, integrating slums through a human rights framework was agreed upon the panel.

Protection through legal frameworks can create the conditions for the population in informal settlements to improve their own lives. In an event organized this week by WRI at Quito, Rose Molokoane from Slum/Shack Dwellers International (SDI) mentioned that it is the fear of eviction from lack of entitlement that prevents people from upgrading their shanties into pucca houses. Security of land tenure through land titles thus becomes a critical step in the process. When invited to share her opinions on the NUA during UN-Habitat special session on informal settlements, Rose also pointed out that strong leadership structures need to be built in the communities, to ensure that informal settlement upgrading processes can be more participatory. Such participation can also help increase transparency and trust between the government and the people.

In many parts of the global south, a majority of the jobs in cities are in the informal sector. This is not only a concern for the present generation, but for the generations to come. This needs to be recognized and addressed adequately by governments. Leading organizations like the World Bank and UNESCO argue that good and appropriate education is important to equip the population with skills that will help them access decent jobs. In addition, informal settlements need to be well-connected with traditional market places and other areas with opportunities of employment. Urban design can also help provide opportunities by allocating and designing spaces for informal livelihood activities like vendors and hawkers.

In summary, the integration of informal settlements is a multidimensional process that includes both spatial aspects like infrastructure planning and upgrading of units, and non-spatial aspects like socio-cultural integration and inclusion through legal frameworks. Though this will remain a huge challenge, the participation of community groups such as SDI and the Self Employed Women’s Association (SEWA) offers the prospect of greater collaboration between governments and local communities in the coming future. This represents a major step forward since Habitat II in 1996.

Amartya Deb (WombatAdeb1) is a Master’s student of Cities and Global Development. His interests with respect to the New Urban Agenda at Habitat III are informality in inclusive cities and urban ecosystems to explore ecological resilience. To keep up to date with the GLI team’s commentaries and policy pieces from HABITAT III, or for outputs by GLI teams at other international events please see here.