Macron’s Efforts towards EU Trade and Climate Change with China 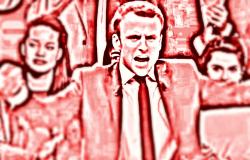 Recently, the French President Emmanuel Macron traveled to Beijing to challenge the attempt of the United States to normalize its trade relationship with China. With the lack of leadership in European Union (EU) foreign affairs, Macron could be the EU’s only hope for advancing a European agenda globally. Will the French President be able to make headway in creating sustainable bilateral trade policy and safeguarding the EU’s global trading status by taking the lead in addressing climate change?

Macron’s visit has placed greater importance on formalizing forty bilateral contracts between Paris and Beijing than promoting environmental policy. Also, Macron’s eagerness for a political victory potentially overshadowed the agenda of the incoming EU Commissioner for Trade Phil Hogan, who was in Beijing at the same time for the signing of the EU-China agreement on Geographic Indications to address intellectual property protections for gourmet foods. This demonstrates the political conflict in Macron’s “go-it-alone” strategy which will have two potential outcomes: it will either unify EU institutions or create divisions.

The bilateral discussion between Macron and Chinese President Xi Jinping has resulted in a growing  debate on promoting free market values and sustainable trade in Europe and unfolded the launch of the “Beijing Call for the Conservation of Biodiversity and Climate Change.”

Macron faces an uphill battle on climate action in China

The rise of China demonstrates the strengthening of the relativist approach towards the EU-China relationship and challenges the EU’s environmental and climate agenda. To advance its environmental agenda, the EU will depend on its internal capacity to act as a “Single Voice” on foreign policy issues.

For Macron’s trade deal and environmental agenda to be successful, it will be necessary for the EU to strengthen and build its relationship with China and other leading powers through the convergence of incentives to address normative and environmental grievances. In this context, to create comprehensive environmental reform, all powers must be committed to the Paris Agreement, or it will be impossible to uphold its climate targets.

The EU’s normative power has been constrained when it comes to influencing China’s behavior in the areas of human rights, civil society, rule of law, and the environment. The current EU-China partnership has limited the EU’s influence on a normative rule-based system while, at the same time, providing China greater access to European markets.

This has forced the EU to strengthen the normative rule-based model in the Single Market by implementing a screening process for Foreign Direct Investment (FDI). The aim is to demonstrate the EU’s strategy in creating greater policy cohesion towards China amongst member states and in strengthening the rule-based system in Europe. While this has given the EU leverage in pushing for a coherent policy agenda, it has not changed China’s behavior towards addressing environmental concerns and promoting a rule-based system.

To make an impact on the environment, the EU must focus on supporting multilateralism and an international rule-based system. For the EU to maintain its political dominance, the leaders of Europe must promote a normative agenda that protects environmental rights and climate change. While the EU has been a leading advocate for promoting human rights, environmental policies in trade are in its infancy.

Banca March: The Fundamentals of a Bank Linked to Its Customers and Committed to Society