Does Terrorism Work? The Goals of Violent Actors, and how to Avoid Giving them What they Want 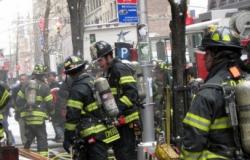 Global Governance Futures 2027 fellow Laila A. Wahedi takes a look at whether terrorists’ use of violence helps them to achieve their ultimate goals, and what this means for effective counter-terror policy.

There is endless discussion on why terrorists do what they do. The answer to this question matters for counter-terror policy. Do they kill because they hate? If terrorists seek nothing more than mass murder, and if raw destruction is their end goal, then deterring the violence is all the more difficult. The only solution would be to find potential terrorists before they act and to protect probable targets. Or, do they use terrorism as a tool because they think it will help them get what they want? The latter explanation only makes sense if terrorism works. There is no doubt that someone capable of taking innocent lives is hateful, but if their actions are conditioned by rationality, then a broader range of soft-power policy might be an effective supplement to stop terror. But which policies will be effective depends on whether terrorism actually does work – and how.

Before we can think about whether terrorism works, we have to define what terrorism is. Terrorism is generally defined as a tactic: it is the use of indiscriminate violence against civilians in order to achieve political goals. This distinguishes it from other types of attacks, such as targeted assassinations, which threaten specific individuals or seek to punish specific actions. For example, during the plata o plomo campaigns in Mexico, where judges and police were assassinated if they did not accept bribes, targeted violence was used to coerce specific individuals rather than indiscriminate violence against a broader target. In contrast, when the Caucuses Emirate derailed a train with dozens of civilian casualties, it was unambiguously an act of terrorism. Another way to think about the definition is from a legalistic perspective: terrorism is to violent rebellion as war crimes are to war. This narrows the scope from: "Does violence ever work?” to "Can indiscriminate violence coerce?"

One argument is that, by its nature, indiscriminate violence against civilians cannot effectively coerce, and thus does not work. Even in war, the side that resorts to terrorizing civilians first is most likely to lose, and targeting civilians rarely extracts meaningful concessions. Targeting civilians is a bad strategy because it is slow, radicalizes populations against peace and tends to be perpetrated mostly during long wars of attrition by desperate states.

For opposition groups in particular, engaging in violence against civilians communicates that they have uncompromising maximalist objectives: whatever the opposition group’s strategic objectives might be, once they kill, the greater population will assume that the group wants to destroy their way of life. This turns public sentiment against any legitimate concerns the group, or a broader movement, may have had and makes the government less likely to make concessions. With public backlash extended against moderates and radicals alike, even moderates in the broader movement become alienated. In other words, terrorism is polarizing. In contrast, non-violent movements don’t polarize the public against their requests, and are more likely to succeed in gaining policy concessions from governments.

If indiscriminate violence is so ineffective for gaining concessions from governments, then why do resistance groups still use it? One answer is to shift the question: what is violence effective for? The answer to that depends on what groups’ real goals are, and this is key for determining how to stop them. Terrorism may not be useful for coercing a government to capitulate to policy demands, but that may not be the terrorist group’s aim. While polarizing society may make it harder to get the government to make policy concessions, it may help them to achieve other goals: maintaining power, attracting supporters, and gaining notoriety.

One way terrorism can be effective is called spoiling. Spoiling refers to attacks that derail peace talks and other forms of cooperation. Groups spoil when they feel excluded, when they benefit from conflict, or when they are more extreme than a moderate alternative and want to radicalize the opposition. In this case, terrorism can be effective precisely because it is so polarizing. While these minority-led attacks can make it harder for the overall movement to get concessions directly, they benefit the more extreme minority by preventing agreements that they find unacceptable and keeping them from being sidelined in a more moderate agreement. Terrorism can also empower extremist groups: continuation of the conflict gives the extremists a platform. Moreover, by using violence, they often provoke a backlash by the government and general population that alienates or angers the larger movement, driving up support for the radical group. For example, Hamas used attacks to derail any peace agreements, polarizing both Israelis and Palestinians. By provoking a response from Israel, threatened Palestinians saw Hamas as their defenders, thereby empowering extremists.

Along similar lines, terrorist groups engage in something called outbidding. Outbidding is when terrorism is used to demonstrate that an opponent, either the government or another resistance group, is incapable of providing security and public services. By making public spaces unsafe, and preventing public services from being delivered, the group demonstrates that their opponent is ineffective, and that they are better able to protect and provide for their constituency. Here, terrorism is used for coercing populations instead of governments. For example, the Taliban used outbidding against the government when they destroyed infrastructure such as cell towers in rural Afghanistan – making it hard for the government to build infrastructure and discouraging private investment. This reduced trust in the government and made rural Afghans feel abandoned, with no one to turn to but the Taliban. In another instance, Hezbollah used outbidding against another group, Amal, to become dominant in the south of Lebanon.

On the flip side, groups that use terrorism to become more relevant are actually more likely to get a seat at the negotiating table later on. So, while a government may not change its policy in direct response to a terrorist attack, by imposing costs on the government terrorist groups make themselves stakeholders. Governments have to choose between two bad options – negotiating with terrorists and continued violence – and often do choose to negotiate.

Extremist groups want to deliver their message, as well as gain power and influence. Terrorism helps them get their message out, especially when it is more extreme than that of the popular movement or constituency that they claim to represent. More importantly, it shows potential supporters that they are capable enough to warrant funding and support. 9/11 did not make the US more likely to concede to al Qaeda's policy demands, but it did succeed in making al Qaeda a household name and a star among other terrorists. The attack gave voice to their cause and helped start a war that empowered the group: it gave them credibility. Similarly, the Islamic State of Iraq and the Levant’s (ISIL) attacks in the West have kept them relevant internationally compared to other large groups like Boko Haram. These attacks have helped them draw attention away from al Qaeda, and to assert themselves as the most influential player in the Jihadist movement. Al Qaeda and ISIL are both large players, but conducting a successful attack can help smaller groups get noticed and receive support from the Jihadist community.

So, what does all this mean? A current running through all of the uses of terrorism is that it benefits the people carrying out the attacks, but not the people they claim to represent. Non-violent tactics are more effective for securing the goals of the majority of the movement. Cooperation agreements and peace deals benefit most members of a movement or demographic. Everyday citizens would benefit if public spaces were safe, if services could be provided, if investments in infrastructure were possible, and if government backlash were not provoked.

This has direct implications for policy: part of what makes terrorism effective is the backlash that arises against a broader demographic when we believe violent extremists who claim to represent that broader demographic. Terrorists and extremists are themselves a minority. The very rhetoric that says that terrorists only kill because they hate, especially when generalized to broader populations, exacerbates the problem. When the US President Elect says Islam hates us, he is giving ISIL what they want by allowing polarization to occur and creating a backlash that only empowers them. Instead, counter-terror policy should focus on reducing their power by limiting backlash and engaging with and listening to non-violent members of the movement or constituency. By incorporating a constituency into the broader community, we prevent the alienation that drives sympathy for extremists. By listening to the concerns of non-violent activists, we weaken terrorist groups’ capacity to derail progress.

Laila A. Wahedi is a doctoral candidate and National Science Foundation Fellow at Georgetown University, an adjunct research associate at the Institute for Defense Analyses and a GGF 2027 fellow. The views expressed here are her own.