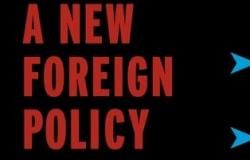 A Bildungsroman about Jeffrey Sachs’ changes of political convictions has yet to be written. Sachs was once called a “Shock Therapist”[i], and designed harsh structural adjustment plans for Russia and Bolivia[ii]. More recently he has turned into an advocate for sustainable, more holistic development and an end to US militarism, and was even found speaking at an Occupy Wall Street event[iii]. His book A New Foreign Policy: Beyond American Exceptionalism outlines a roadmap on how the US could become a major leader in poverty reduction and environmentalism if it drastically reduces its political and financial investments in military endeavors.

The breadth of the topics he covers in the book is immense, covering both domestic politics, from immigration to the opioid crisis, and international policies. Sachs’ willingness to take on so many topics is refreshing: in the midst of global political and economic crises, there is a scarcity of public intellectuals who make bold, overarching suggestions on how to get out of this current morass. Though we need more such scholars who break with the tendency towards ever-narrowing academic specialization, Sachs could have included a few more sources for some of his claims. On page 105, for example, he states that “there is real plausibility” to the view that John F. Kennedy was assassinated because of his advocacy for the “Partial Nuclear Test Ban Treaty.”  This may very well be true, but there are no sources for further research.

Because of the wide spectrum of topics, this book is difficult to summarize. The theme that runs through the book – how militarism as a policy framework cripples the formation of urgently-needed policy initiatives and global cooperation – is a very convincing one.

Sachs demonstrates deep historical knowledge when he argues that the rhetoric of the current Trump administration is not a historical novelty – as much of the commentator class seems to believe –, but an especially vulgar expression of US exceptionalism. Exceptionalism, an ugly stepchild of racism, is a cultural tendency and policy principle that is rooted in the notion that the US is God’s New Israel and chosen to bring redemption to the world, as well as more recently the “indispensable nation” (Madeline Albright). According to the bipartisan exceptionalist mantra, US actions are often viewed as just by virtue of having been committed by agents representing an exceptional nation, even when such actions cause violent blowback that is felt for decades. From such a framework of conceptualizing one’s own actions, it is not very far to using Trump’s “America First” as a key political organizing principle.

For Sachs, key products of this exceptionalism have been US “regime change” operations in the Global South, which he considers an imperial instrument that was pioneered by the British Empire to ensure obedience in the colonies. Sachs cites the data gathered by Coatsworth, according to which the US led forty-one regime change operations in the Americas alone. Such operations eventually spread to Africa, Europe, the Middle East, and Asia (p. 23).[iv] These operations have coexisted with more commendable US efforts to build international institutions for global governance, especially in the middle of the 20th century. The push to advance global diplomacy has atrophied in recent decades, and all but died with Trump’s ascent to power. The ensuing isolation has, according to Sachs, never been as economically dangerous as it is today: it disables the US from taking part in global cooperation that is reaching new levels facilitated by digital communication, and reaping the benefits of supranational integration elsewhere, especially in Eurasia.

The post-9/11 era has shown that military interventions increase terrorism[v]. Recent numbers of the deaths of children in Yemen[vi] and civilian casualties caused by the so-called “War on Terror”, calculated by Brown University, also remind us of the humanitarian suffering caused by military campaigns by the US and its partners[vii]. Sachs shows us that there are also indirect costs that emanate from putting military priorities first: the total US aid budget is equal to approximately two weeks of Pentagon spending (p. 204). With such priorities, it is little wonder that US politicians do little to address global challenges in a meaningful way.

Though Sachs’ framework, which highlights US policies that put military solutions first, explains a lot of what is going on the Middle East, he overemphasizes it in the case of Syria. He considers the Syrian war as one in which the US was the “key instigator” (p. 196), and appears to be guilty of what Syrian-American journalist Alia Malek – but also other Syrian activists and journalists[viii] – has accused Western commentators of doing, i.e. “placing Syria (...) as a bit character (...) into their larger sort of geopolitical narratives of what is happening in this world“[ix]. Depicting Syria as being principally a US war also tends to neglect the oppression that existed under Assad, the political struggles within Syria and also that the Syrian war broke out after the violence was first escalated by the Assad regime, which also committed the vast majority of violence against civilians.[x]

Aside from geopolitics, Sachs also explores one of his initial fields of expertise: foreign aid. In the short chapter on aid, Sachs indirectly takes on some of the broad criticisms of aid skeptics such as William Easterly[xi]. Sachs also points out, quite correctly, that there are not enough vocal defenders of foreign aid in the public sphere. Since some of the aid skeptics’ controversial assumptions on how aid interacts with extreme poverty are controversial[xii] and have gained public traction and policy support, as Trump tries to cut life-saving programs, it would be helpful if Sachs further addressed some of the specific criticisms brought up by the aid critics and explicitly point out where he sees their flaws in reasoning.[xiii]

“A New Foreign Policy” is a worthwhile read, in which Sachs demonstrates expertise on vastly different policy fields and makes a convincing case that abdicating the toxic intersection of militarism and exceptionalism is key to building a brighter future, both in the US and around the world. The book makes the reader hope that he will continue to serve as a “truth-teller” in mainstream academic and media discourses.

Dr. Jonas Ecke has conducted research for aid organizations in Ghana, Liberia and South Sudan. He is recipient of the 2012 Human Rights Defender Award given by the Society for Applied Anthropology. He currently serves as a research consultant for the Faculty of Agriculture and Food Sciences for the American University in Beirut and a lecturer for the Hamburger Fernhochschule (University of the Applied Sciences) in Germany.

[ii] Sachs does not acknowledge the changes that the public commentators attribute to him, and argues that the Russian plan to adjust the economy did not yield the intended results because of a failure of design, but rather a lack of international funding (pp. 69-72).

[iv] For similar figures quoted by Sachs: According to the historian Harry S. Stout, also cited by Sachs (p. 2), the US was involved in more than 280 “military interventions and nuclear stand-offs on every corner of the globe”, in addition to twenty-nine wars with Native Americans.

[v] A 2017 study by two researchers from the RAND Corporation shows that terrorism as a whole has significantly decreased since 9/11. The overall decline comes into effect once one does not count insurgency activities in warzones as terrorism. Outside” interventions into civil conflicts “ are also “highly correlated with domestic terrorism “ (p. 2). The prevalence of actual terrorist attacks has shifted to countries with a higher proportion of Muslims. Smith, Meagan and Sean M. Zeigler. 2017. Terrorism before and after 9/11 – a more dangerous world? Research and Politics, October-December: 1-8. https://journals.sagepub.com/doi/pdf/10.1177/2053168017739757 (Accessed: March 19, 2019)

[vi] Drawing on data compiled by the UN and using a conservative estimate, the humanitarian NGO Save the Children estimates that 84,701 children have died from untreated cases for Severe Acute Malnutrition (SAM) between the time of the escalation of the war (i.e. in 2015) and October 2018. The air war, which contributed to the humanitarian catastrophe, is led by Saudi Arabia, with logistical and intelligence support from the US. The US Senate recently called for ending “US military support to the Saudi-led coalition in the Yemen war.”

For a summary of the study: Save the Children. 2018. Yemen: 85,000 Children May Have Died from Starvation Since Start of War. November 20. https://www.savethechildren.org/us/about-us/media-and-news/2018-press-releases/yemen-85000-children-may-have-died-from-starvation (Accessed: March 19, 2019)

[vii] The Brown study estimates that more than 480,000 people, more than 244,124 of them civilians, have been directly killed by violence over the course of the War on Terror. These are conservative estimate since only the people who have been directly killed were included in the study. The indirect deaths caused by the breakdown of access to food, healthcare and other basic goods have not been included in the study, and are believed to be several times higher. Only deaths that occurred in Iraq, Afghanistan and Pakistan were counted. Deaths caused in the course of US military actions in Libya, Yemen, Somalia and Syria are not included in the study. According to the study, militants, not the US and its coalition partners, caused the majority of the direct war deaths.

For a visual summary of an earlier study, see:

[x] The systematic reporting of the number of deaths is very difficult in Syrian context because organizations do not always have access to the areas of combat, and combatants have an interest in manipulating the number of deaths (i.e. either by exaggerating deaths inflicted on enemy forces, under-reporting deaths among the own troops and obscuring deaths caused by deliberate attacks on civilians). All estimates agree that the majority of civilian deaths are attributable to combat operations of forces associated with the Syrian regime. The Syrian Network for Human Rights (SNHR) estimates that between March 2011 and March 2019, Syrian regime forces and allied Iranian militias caused 88.91 percent of the deaths. Older estimate by SNHR were included in a New York Times Article and the 2016 annual report on Syria of Human Rights Watch. The renowned medical journal Lancet refers to data, based on which almost a quarter of victims among civilians (23.3 percent) of the year 2016 were children.

[xi] Easterly, William. 2007. The White Man's Burden: Why the West's Efforts to Aid the Rest Have Done So Much Ill and So Little Good. Reprint. New York City: Penguin Books.

[xii] See: Discussion on The White Man's Burden: Why the West's Efforts to Aid the Rest Have Done So Much Ill and So Little Good between Easterly, William, Simon Maxwell and Robert Picciotto. Overseas Development Institute, London, September 21, 2006. https://www.odi.org/events/116-white-mans-burden-wests-efforts-aid-rest-have-done-so-much-ill-so-little-good Accessed: March 19, 2019)

For the positions of Robert Picciotto, former Director-General of the Independent Evaluation Group at the World Bank, see: A Comment on ‘The White Man’s Burden’ by William Easterly. King’s College, London. https://www.odi.org/sites/odi.org.uk/files/odi-assets/events-documents/964.pdf (Accessed: March, 2019)

Kenny, Charles. 2012. Getting Better: Why Global Development Is Succeeding--And How We Can Improve the World Even More. New York City: Basic Books.