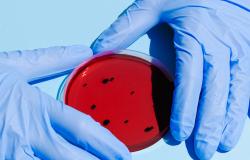 Ilona Kickbusch and Dario Piselli tentatively argue that COVID-19 is spurning organisational learning processes, effective political leadership, and new forms of cooperation and innovation at the World Health Organisation and beyond.

At the beginning of last year, Global Policy published a research article that we co-authored together with Michaela Told, Kyle McNally and the late David Held. In that article, we drew upon David’s well-known work on pathways to gridlock to argue that global health was in many ways proving to be more dynamic, innovative and resilient than other sectors of global governance. How do those findings hold up in the face of the current COVID-19 pandemic – and what can they tell us about what lies ahead?

In their research on gridlock in global governance, which was originally published in 2013, David Held and colleagues Thomas Hale and Kevin Young observed that multilateralism seems to be failing precisely when the international community needs it the most – confronted as it is with planetary challenges across the realms of environmental protection, trade, and international security. The central contention of that work was that the successes of the post-war multilateral order fuelled an extraordinary phase of economic and societal progress, which in turn increased interdependencies across countries, laid the conditions for the emergence of global challenges of unprecedented complexity, and ultimately affected the capacity of international institutions to respond to such challenges. It is against this background, the authors argued, that the current backlash against globalization and the perceived retreat of liberalism should be understood.

Global health governance is, in many ways, no exception. Over the past three decades, the tumultuous expansion of this sector of global governance has sometimes come at the expense of effective coordination across different health initiatives, while the World Health Organisation (WHO) has had to face criticism for its perceived dysfunctionalities and witness growing geopolitical rivalries within its decision-making bodies. At the same time, in our article ‘Gridlock, Innovation and Resilience in Global Health Governance’, we suggested that these dynamics should not be seen as inevitably leading towards a stalemate in the global health system. On the contrary, we noted how gridlock pathways have often stimulated more adaptive and innovative responses among the institutions and actors of global health governance, resulting in a greater inclusivity of governance processes, an increased mainstreaming of health in the global political agenda (for example, in G20 discussions) and a more resilient, polycentric governance regime. From this perspective, one has to look no further than to the multi-stakeholder process that led to the 2017 establishment of the Coalition for Epidemic Preparedness Innovations (CEPI), which has quickly become the leading global instrument for financing and coordinating the development of new vaccines.

Reflecting on these findings as the raging COVID-19 pandemic threatens global health governance as a multilateral endeavour based on shared goals and norms can seem daunting. At the global level, Western countries have dodged many of their obligations under the International Health Regulations (IHRs), and the WHO’s initial calls for better preparedness and mutual cooperation have largely gone unheeded. Domestically, the influence of national politics and misinformation has contaminated the debate on the effectiveness of the WHO’s early response, leading Donald Trump to direct his administration to withhold funding from the organization at a time when its stewardship role could not be more crucial. However, we believe that our article still holds key lessons to understanding how we got here, as well how we can try to use this crisis as a ‘cosmopolitan moment’ to strengthen, rather than undermine, the global health system.

COVID-19 can indeed represent one of those windows of opportunity that, we suggested, could break gridlock open to trigger organizational learning processes, support the effective exercise of political leadership, and encourage new forms of cooperation and innovation. It is already possible to see early signs of these dynamics. When compared to past health threats, for which the institution had similarly been criticized, the WHO and its Director-general have taken a much more assertive role as leaders and coordinators. Their influence is also no longer confined to the sphere of health: the opening of the G20 meetings to the WHO under the German presidency in 2017 has laid the basis for direct contacts with Heads of State and finance ministers that did not exist before and are proving invaluable during the COVID-19 pandemic. Moreover, the increasingly polycentric governance landscape of global health has been in the spotlight from the early phases of the outbreak, with the efforts of local authorities, expert networks and private donors often becoming more visible than those of country governments. The WHO, together with the UN Foundation created a new financing instrument (the COVID-19 Solidarity Response Fund) which has since raised nearly USD 150 million from over 238,000 donors. In parallel, we have witnessed an unprecedented level of cooperation among scientists and academic institutions, with public institutions and private companies rushing to share their research and often making it available in near real-time.

At the same time, however, the crisis has accentuated the negative aspects of the very same dynamics that had fostered resilience and innovation in global health governance, making it a fertile ground for aggressive nationalism and scapegoating claims. Rather than creating new possibilities for working together, the rise of China as a major global health actor has led to a fresh chapter in its geopolitical wars with the US. In turn, the destructive response of Donald Trump’s administration has seemingly accelerated the transition to a post-American international order in which no one really leads, just a few years removed from the strong US-WHO cooperation in the fight against the 2014-2015 Ebola outbreak. Caught in the middle, the multilateral system has been bashed for its inevitable inefficiencies despite the fact that it has arguably not been “financed to function” in the first place. Even well-intentioned proposals have usually focused on the creation of new emergency funds and governance mechanisms, rather than on the strengthening of the WHO, its COVID-19 Solidarity Response Fund, or the IHRs.

In the article we co-authored one year ago, we had indeed cautioned against complacency. Progress towards a more resilient and innovative governance of global health, we warned, would have to be tested against an emerging era of increasing health risks, abrupt changes, and growing insecurities. On the one hand, the gridlock trends we described were never supposed to go away; they were just lurking beneath the surface of the multilateral order, waiting for a new crisis to strike. In an increasingly interconnected global society, the spread of an infectious disease like COVID-19 clearly had the potential to intensify the pressure of major powers on WHO, further fragment global health funding, and boost nationalist and anti-democratic tendencies. At the same time, many point out that this creates the urgent need to support WHO as its central institution, and the recent statements by several European and African countries indeed go in that direction. If well managed, the multilateral response could thus lead to a stronger and better WHO.

On the other hand, it is clear that the constant push towards innovation and adaptation in global health governance is not without limits. What global health actors cannot do, without the substantial backing of country leaders and high-level political fora such as the G20, is to single-handedly deal with increasingly complex multisectoral challenges which requires systemic changes beyond the health sector. From COVID-19 itself, which finds its roots in unsustainable patterns of environmental degradation and wildlife trade, to antimicrobial resistance and climate change, it will be critical for other sectors and institutions of global governance to also adapt to a new era of planetary health risks. This is true in particular of the financial sector and its willingness (internationally or nationally) to invest in Universal Health Coverage in general, and public health in particular. The next pandemic will come. Crucially, the actions needed to prepare for it, from making economic institutions and international trade agreements ‘pandemic-proof’ to seriously addressing the environmental, social and political determinants of health, will also determine our collective ability to achieve the Sustainable Development Goals and leave no one behind.

Ilona Kickbusch is a member of the Global Preparedness Monitoring Board (GPMB) established by the WHO and the World Bank. She is founding director and chair of the advisory group of the Global Health Centre at the Graduate Institute of International and Development Studies (Geneva).

COVID-19 Vaccination: A Real Test of Sovereign Equality and Friendship