The Fourth Pillar: the Media and Challenges to Democracy – A Conversation with GGF 2035 Fellow Marie Baléo 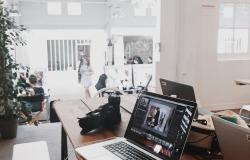 1. In France, the so-called “yellow vests,” or “jilets jaunes” in French, have been protesting weekly since November 2018 for economic justice. With the country on lockdown, some have come to call the protesters “the forgotten”. Do you see the yellow vest movement making a comeback after the French lockdown ends or do you think their demands have been met?

The emergence of the yellow vest movement is the result of a decade-long stagnation in purchasing power and a concurrent rise in households’ fixed expenditures, primarily housing and mobility costs. The “gilets jaunes”, a French protest movement for economic justice, are representative of a segment of the lower-middle and working class that is growing increasingly frustrated over its perceived lack of prospects for improvement in social and economic standing. By declaring a two-month lockdown, the government is directly responsible for an unprecedent economic crisis, which is going to result in countless bankruptcies for small and mid-sized businesses and massive layoffs. Simultaneously, the low-paid workers at the heart of the yellow vest movements (nurses, truck drivers, supermarket clerks, etc.) risked their lives by continuing to work to ensure that the needs of French citizens were met throughout the crisis, even as well-paid executives were working remotely from their secondary residences. The coming economic crisis is going to ignite a large-scale resurgence of the tensions that originally sparked the yellow vests movement. Much of French President Emmanuel Macron’s political future will hinge on the government’s handling of the economic consequences of the lockdown and the measures it will enact to save certain economic sectors and jobs.

2. The narrative of “the elite” not caring about “the people” fuels rising populist discontent among western democracies and is used to accuse media of spreading “fake news”. What can journalism do to maintain its crucial role as the fourth pillar of democracy?

There is no clear and convincing answer to this question. The fate of the media depends on the outcome of the fight against fake news on social platforms. For journalism, this is a David-and-Goliath battle that entails going up against content farms and AI-powered bots that can spew false claims continuously and reach enormous audiences. The most powerful tools that can be leveraged in response to this challenge lie outside the hands of the journalism industry. The future of journalism depends, in part, on the willingness of social media and tech companies to moderate the content posted on their platforms, to be more transparent about their algorithms and to generally help combat fake news. Legislators must also act to regulate these companies more forcefully than they currently do.

In this age of “deepfakes”, I think media organizations should work on blockchain and other innovative ways to certify the information they provide audiences. However, while I believe in certification systems as a way of rebuilding trust, I also think some individuals are particularly susceptible to conspiracy theories and unwilling to trust media. Getting them back onboard might not be possible.

3. Globally, we are witnessing a paradox in the need for growth and sustainability. For example, there is the need for infrastructure development while simultaneously civil society is rejecting many large urban projects like the Notre Dame airport in France, Stuttgart 21 train station in Germany, and the bridge between Zhuhai, Macao and Hong Kong in China. What does this tell us about the challenges and limits of representative democracies, especially when it comes to large infrastructure projects?

We are seeing a strong tension between the need for continued economic growth, which is closely linked to human wellbeing and is required to lift millions of individuals in developing countries out of poverty, and the fast depletion of our limited natural resources in a context of rapid climate change. This strain is exemplified by the current conflicts around major infrastructure projects. There is a consensus that demographic growth, urbanization and the transition towards a more environmentally-friendly and sustainable economy call for the design, funding and delivery of new infrastructure, yet major projects are increasingly contested, often on environmental grounds. In France, this has led to a democratic paradox where some projects deemed to be in the public interest by democratically elected representatives have been abandoned only a few months later due to opposition from special interest groups. Reestablishing a consensus around these major projects requires a much more concerted effort to rebuild trust on a large scale. Perhaps a new way of establishing dialogue between decision-makers and individuals is needed to help achieve this goal and to lay the groundwork for a more consensual process of designing and delivering these necessary infrastructure projects.

4. Did you come across examples of new and innovative tools for civic participation while researching on democracy around the globe?

In 2016, I conducted a research project for La Fabrique de la Cité on the housing strategies implemented by European cities in order to shelter asylum-seekers after 2015. I came across an innovative initiative born out of a partnership between HafenCity University Hamburg (HCH), and the MIT Media Lab’s Changing Places research group. Faced with a large influx of asylum-seekers and a limited knowledge of its available land resources, Hamburg asked citizens to come to the HCH campus and point out available plots of land in their neighborhoods where temporary housing could be installed. Participants were presented with interactive, digital models of the city covered with removable bricks, as well as an aerial view of the neighborhood superimposed by projectors. They could suggest a location by removing the corresponding brick and replacing it with a Lego. Placing Lego bricks onto the model had the effect of displaying the characteristics of the specific plot of land on a screen – size, location potential, applicable laws and restrictions, etc. Participants were also free to write down comments justifying their suggestions. To date, this remains one of the best examples I have seen of harnessing technology to draw on citizen expertise and involve inhabitants in the decision-making process.

Marie Baléo is the head of studies and publications at La Fabrique de la Cité, a Paris-based think tank covering urban innovations. She is a Global Governance Futures 2035 fellow. Views expressed here are her own.

Photo by Flo Dahm from Pexels

Early View Article - If caring begins at home, who cares for the carers? Introducing the Global Care Policy Index