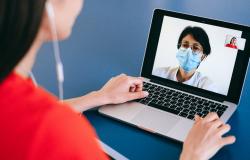 Delivering medical care remotely has been a survival mechanism during the pandemic. But it has benefits that should be held on to, as Bangladesh’s experience shows.

One of the consequences of the pandemic is more ‘remote medicine’: keen to limit infection spread in hospitals, Doctors have diagnosed - and often treated - patients without physically meeting them. Instead of being a temporary adaptation to the pandemic, it should be a welcome part of the new normal. Telemedicine is cost-effective, convenient and accessible to millions of people who cannot physically visit a Doctor.

Telemedicine can mean receiving clinical care through phone calls or videoconferencing, but it also includes automatic biometric data collection and the use of technology to predict future diseases in patients. This ‘predictive diagnostics’ is perhaps where conventional medicine has been weakest.

Most essentially, we should stick with telemedicine simply because people want it. In 2017, approximately 60% of US households with broadband were interested in remote care by telephone, or online. In 2020, 50% of healthcare users used telehealth, up from approximately 10% the year before.

This is a point of convenience for those who would rather avoid the Doctor’s waiting room, but a matter of survival for those who live in ‘medical deserts’: rural or urban areas that have sparse or limited healthcare options.

This is most common in developing countries, but an estimated 30 million Americans live in medical deserts (defined as over an hour from the nearest Doctor). The humanitarian impact of telemedicine - in the world’s poorest countries, as well as its richest - cannot be understated.

I have seen this first hand with our work at a2i, the digital public services innovation program of the Bangladesh government. 77% of Bangladesh’s population of 150 million live in rural areas with limited access to healthcare. a2i’s telemedicine services have made healthcare accessible to millions across Bangladesh, for example through repurposing the 333 information line as a COVID symptom-reporting tool .

The policy has been popular: 51% of users said they were satisfied, and 38% said they were very satisfied with the programme. The interventions are constantly being modified and upgraded taking key feedback from the citizens themselves as part of the ‘Know Your Citizens’ (KYC) government campaign.They have allowed access to healthcare for millions of rural citizens, and been a key part of the data-driven approach to controlling the pandemic.

Even when there is a Doctor around the corner, avoiding the risk of infection (with COVID or anything else) is a reason for that popularity. Accenture surveyed 2,700 patients in May 2020 across China, France, Japan, Germany and the UK, and found that 70% had either cancelled or deferred their in-person appointments for fear of contracting the virus. After the pandemic this figure will be lower - but it will still be significant.

However, telemedicine is not only about increased access to healthcare, but better quality healthcare too. The same Accenture survey found that 9 out of 10 patients said that the care they received at home was as good, if not better, than the care they would have received in person.

Currently, most healthcare is crisis-based; only the sick get treated. Telemedicine allows us to put into practice that ‘prevention is better than cure’. With technologies like biometric wearables, critical indicators like heart and breathing rates can be collected and uploaded to a centralised database automatically. This can act as an early warning system for those who may not realise they are at risk of stroke or heart attacks, for example.

Much of this is of course, dependent on internet access, or 4g/5g networks. With increased spread of data access, the potential users of telemedicine will grow exponentially. That growth will allow more patients to join the many telehealth users say they feel more comfortable discussing their issues in their own home. Where smartphones are not commonly available (for example, two thirds of Bangladeshis do not have them) services must be adapted to work through phone calls or SMS, where possible.

Whatever medium is used, here is also the knock-on benefit of shorter waiting times, created by the efficiency granted by increased uptake of telehealth. And the user experience will only improve as videoconferencing develops into, for example, augmented reality features that allow users to feel like they are ‘right there’ in the hospital or Doctor's office.

A popular objection to telemedicine is around privacy, and the sharing of the most personal and sensitive data electronically. But there are 2.6 billion users are currently on Facebook, and approximately 4 billion google users (just over half the world’s population). These two services extract equally sensitive information every day, without promising to save your life.

Indeed, the sharing of public health data should perhaps not be seen as a privacy concern but as a responsibility. Machine-learning programs are only as sophisticated as the data sets they are fed. This means that by allowing your data to be used for machine-learning algorithms, you are helping to increase the predictive power of that algorithm, which will save lives as we have seen in the case of Bangladesh national call center 333 that helped to track the Covid severity across regions. The same trade-off of individual privacy for the collective good that means contact tracing apps make sense also applies to telemedicine more broadly.

All this will become even more essential as the world’s population ages. Any tech that has the power to transform how we look after our vulnerable and ageing populations, and grants healthcare access to millions of people previously underserved by brick-and-mortar healthcare providers, should be embraced - well beyond the pandemic.

Anir Chowdhury is the Policy Advisor of a2i, the Bangladesh government’s flagship digital transformation program, jointly implemented by the ICT Ministry and Cabinet Office with technical support from UNDP.

What the Pandemic can Teach us about Political Philosophy

The International Discourses and Governance of Fake News