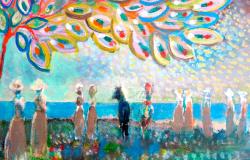 Can liberalism be saved from obsolescence and does this really matter? Did the recent European elections spare us the irresistible fall of the establishment?

I find useful points made by, amongst others, Jan Zielonka, Anthony Barnett, and Michael Sandel on openDemocracy regarding the crisis in the values which have defined the West for decades. And yet I believe that we are still missing a theory of what is happening and ideas which are relevant enough to the problems to be solved. For that I would suggest that we need to reconsider this entire question of the “fate of the West” within a wider frame, and I propose four elements to redefine the name of the game that we have been observing with not very high hopes for far too long.

First, as Zielonka suggests, we cannot explain what has gone wrong as if it is the unfortunate sum of a number of mistakes. It is not plausible that the “crisis” is just the product of wrong decisions made by a number of weak leaders that western countries happened to have at the same time. Likewise I would argue that it is not useful to continue to observe the many different crises of a model in isolation as if they were not separate manifestations of the same problem.

We have good reason to make sense of what confronts us as one of those historical processes that Francois Braudel would have described as being of longue durèe. My thesis is that our starting point needs to be the on-going industrial revolution which is producing a mutation of the environment we live in. This revolution is as great, if not greater, than the industrial revolutions of the past. It is a transformation that not only gives us new possibilities, but changes the entire relationship between labour and production, democracy and growth, individual freedoms and communities. Technologies should, then, go back to the place they used to occupy when Karl Marx or Adam Smith developed their understanding of the impact that machines of a different nature were having on societies two centuries ago.

Secondly, we should not be too fixated about how to fix liberalism. If liberalism is a human construct then, like any other human-made theory, it has a life-cycle made up of birth, growth, maturity and decline. We must be mentally prepared for liberalism – as has already occurred to socialism – to simply undergo intellectual obsolescence.

Internet, like the printing machine invented by Gutenberg in 1455, is producing a massive reallocation of information. And since it is still true that “information is power”, it is rather obvious that a reorganization of the forms (institutions, modes of participation) through which power is exercised, will follow.

I would, then, suggest that the problem is not about amending liberalism or social-democracy, but about replacing them with a different vision that still requires much debate, studying, political practice and – why not? – passion. This is what Anthony Barnett is recommending when he talks about spaces like openDemocracy.

Third, inequalities. I believe that even the argument over inequality needs to be qualified. If we look, for instance, at the evolution of indicators such as the GINI coefficient, it seems that inequality may have risen in the USA, but not in continental Europe. More interesting, however, is the fact that inequalities have lost their function of a mechanism whose purpose is to better allocate scarce resources to the most productive uses.

It is, then, not universally true that the West has grown more unequal. It is, instead, much more broadly true that the winner is not the one who deserved victory (even the rewards of education are decreasing according to the OECD), in a context where, as Michael Sandel acknowledges, it has become much harder to go from one “class” to another.

This, again, is an unexpected outcome of technologies. They were expected to disintermediate monopolies. Instead, they are creating concentrations of information and hence of economic, political, and military power bigger than the ones we used to have before. Employment rates have not gone down as much as was predicted and yet the value attached to labour is becoming smaller. Even more importantly, the paradox is that productivity growth rates have gone down regularly for three decades, while information has grown exponentially.

If this is true, the policies needed go beyond the traditional arsenal that economists continue to suggest. It is not about calling for generic injections of public investments, further quantitative easings or earlier retirement benefits, as populist governments readily propose. At the same time, it is even less useful to call for more generic “opportunities for all”, as the centre-left has done for years, condemning itself to irrelevance.

The gauntlet that has been thrown down is again more intellectually and politically challenging than this: we will have to identify new, subtle monopolies and design democratic processes which are not captured by them; it will be necessary to develop economic policies to better use the deflationary power of technologies which make goods and services cheaper and to get ready for a world where private ownership will be increasingly recognized as inefficient; it will be about redesigning the education system so that both young and less young citizens alike learn how to use machines for their own good, and a system where the idea of a fixed age for studies or for retirement will be abandoned.

Fourth and connected with the above, how do we address the elite versus the populist argument? I don’t think that the political game that we are witnessing is about the (rather resistible and contradictory) rise of the hard, nationalist right. But more about the – this yes – irresistible fall of the establishment. And this fall is again very much about an intellectual problem which arises well before the political one.

It is true that technologies have created an uncontrolled space where “fake news” can multiply themselves. However, this is only part of the problem. The other part is that the Internet has also changed the nature of the questions we need to solve; it has connected not only computers, physical objects and human beings, but intellectual domains that once were separated; and as a consequence it has exposed the irrelevance of much of the expertise that governments have deployed for decades. This is a problem because historically, elites have been recognized as such thanks to an intellectual superiority that made them better equipped to solve problems and consequently generate well-being for a large enough number of people.

Hence the significance of social networks is in giving voices to everybody as much as in proliferating new complexities. Elites are now both more vulnerable to their enemies and less effective because of a huge cognitive problem which is the natural consequence of having totally new instruments to access, elaborate and transmit knowledge.

Barbarians may be blamed for presenting solutions which are regularly too simplistic to match the issues to be tackled; establishments, however, have the problem that they propose no solution at all.

It follows that it is pointless to try to establish whether we need more or less liberalism. More or fewer Keynesian programs. What we, in fact, need is more intelligence if we are not to lose control of a leap in progress that we ourselves initiated. What is really urgent is to start studying a century that began already 19 years ago and which we are failing to understand. For that we need new categories, new theses as Keynes would suggest if he were alive, reminding us that we – including our interpretations of the world – are all dead in the long term.

This is what I explore further in the book “Democracy and growth in the 21st century” (published in 2019 by Springer Nature) where, together with my co-author Raffaella Nanetti and through the comparison between China/Asia and Europe/USA, I try to advance a theory of how the information revolution has radically changed what we knew about economic growth and its relationship with social consensus.

Francesco Grillo is president of the think tank Vision. He has a PhD from LSE, and is an advisor to Italy’s Minister for Universities, Research and Education. He is also visiting scholar at St Antony’s College, Oxford University and a columnist for the Italian newspaper Il Corriere della Sera.